This has led to the Mahanadi, its tributaries and other major rivers in Odisha flooding several districts and opening gates of misery for millions of people

Heavy rainfall in Odisha and neighbouring Chhattisgarh for the last few days has made rivers swell unleashing flood havoc in Odisha. Discharge of a high volume of water into the Mahanadi river from Hirakud dam has worsened the situation.

This has led to the Mahanadi, its tributaries and other major rivers in Odisha flooding several districts and opening gates of misery for millions of people. Here are some pictures of the flooding situation from various parts of Odisha. 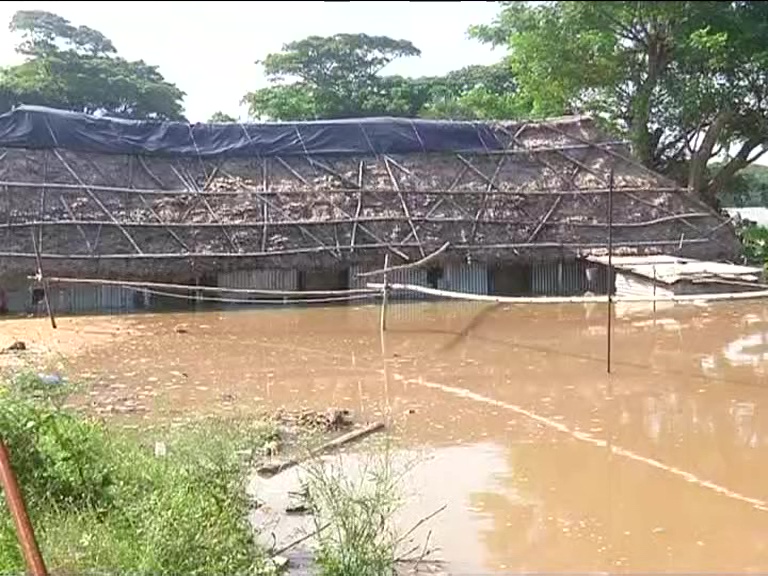 Several villages under Derabish, Marshaghai and Mahakalapada blocks in Kendrapara district get marooned by floodwater following the rise of water-level in Chotrotpala, Luna, Karandia and Paika rivers. 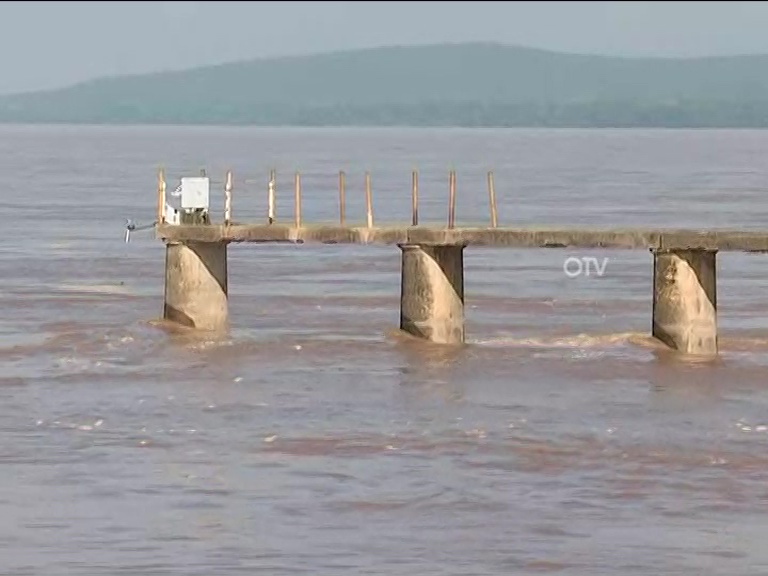 Mahanadi crosses danger mark of 97. 30 feet at Munduli. Around 160 lakh cusecs of floodwater being released to Mahanadi. 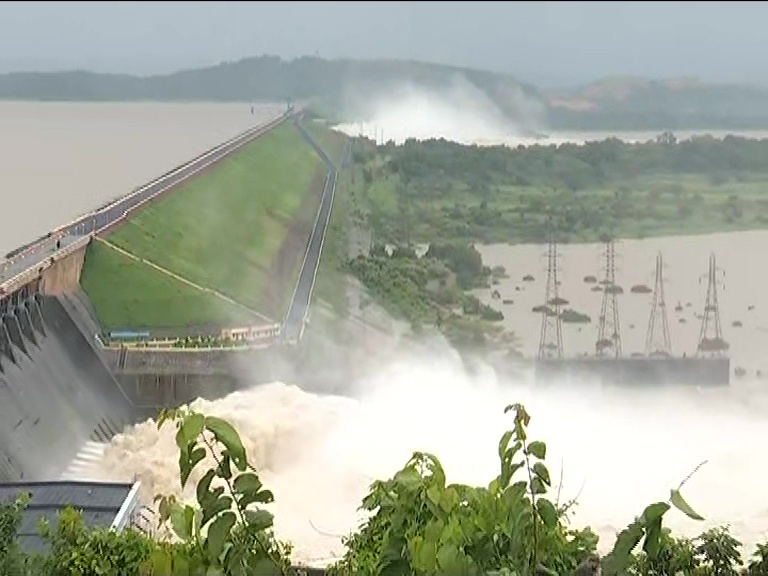 Swollen Hirakud dam: Water level in Hirakud Dam reaches 625 feet on Tuesday. By 8am, water level has reached to 625.39 feet. 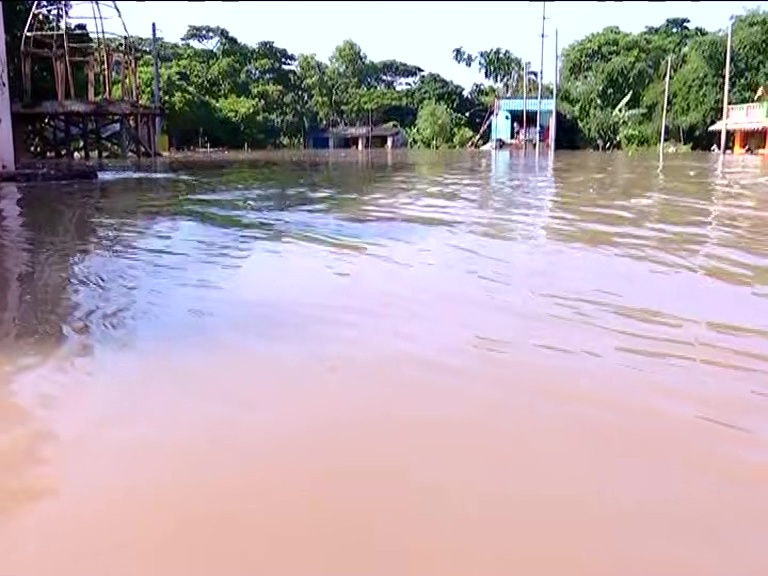 Flood fury: Gushing water in the swollen Mahanadi triggered a 70-feet breach at Jaysankhapur and another breach at Badabalikani in Jagatsinghpur submerging Jilanasi, Madhapur and Badabalikani villages.

Many villages located at the lower catchments under Athagarh Banki block get inundated by floodwater. 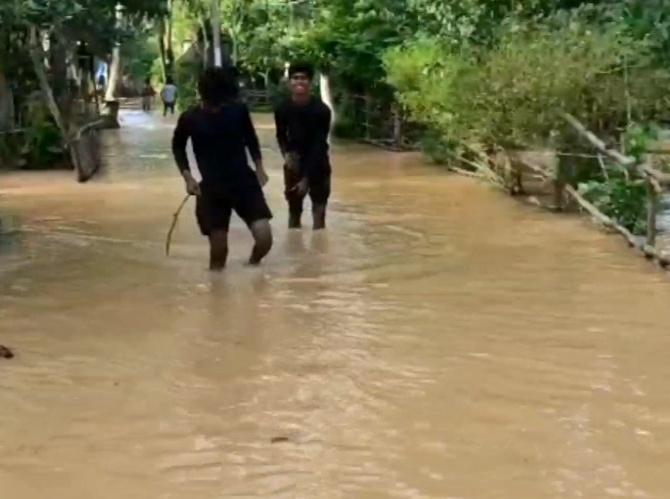 Marooned & disconnected: Six panchayats in Jajpur district have been flooded after river Baitarani breached its embankments near Kani Nadibandha at Brahmacharipatna Dasarathipur. 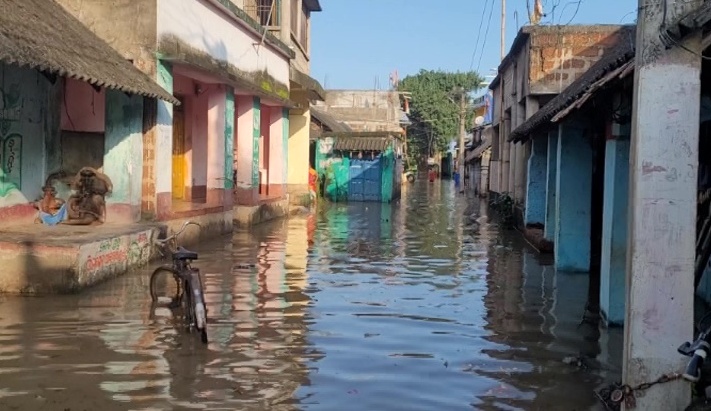 Flood water enters in villages of Kanas block as Daya River in spate. 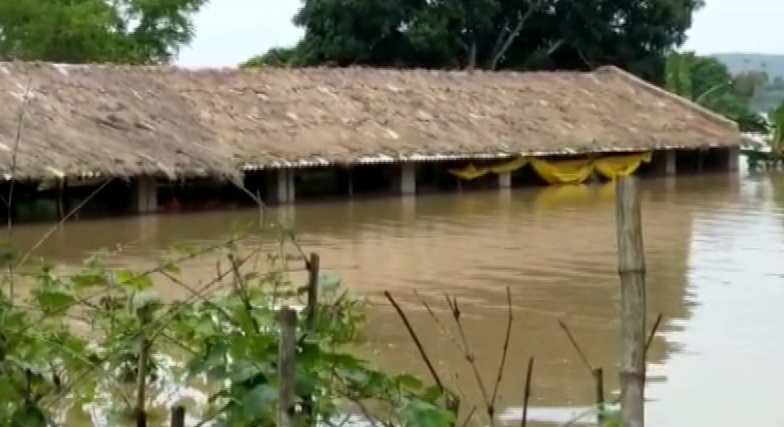 Due to the rise in water level in Mahanadi river nine villages under Tigiria block of Athagarh cut off from outer world. Hectares of agricultural land get submerged in floodwater at Charigharia on Banki-Cuttack Road due to rise of water level in Mahanadi river. 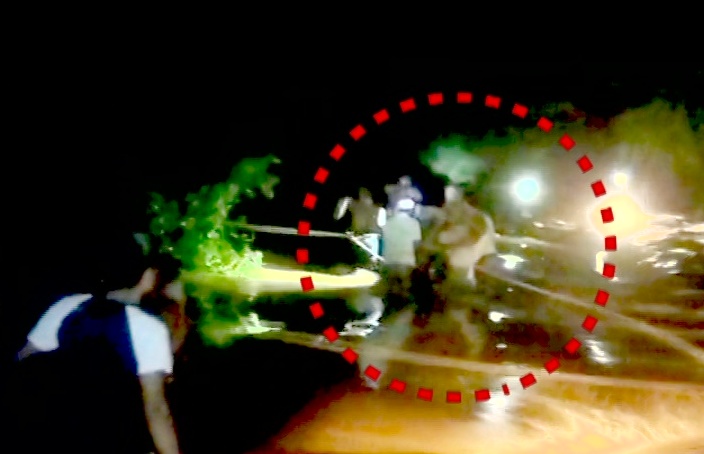 Locals rescue an elderly person while being swept away in floodwater on Anandpur-Jajpur Town Road.