Imran found it hard to find the funds to pursue a Master’s in Social Work (MSW). Banks refused to give him an educational loan. But he did not get disheartened. Instead, he wrote to then President A P J Abdul Kalam.

Imran on a mission

He has been working actively and extensively with addicts to ameliorate the scourge of intoxication. Be it drug, tobacco or alcohol addiction, he has extended yeomen services to many to come out of the clutches of addiction. He has become a mascot in the fight against drugs for residents of his state and those adjoining it. He broke into Limca Book of Records in 2018 for running pan India radio campaign in community Radios on tobacco free childhood. He has penned three books on harmful effects of tobacco and one is written in Braille script for visually impaired people. He has organised more than 3,000 awareness programmes on substance abuse prevention in educational institutions, slums, villages, offices and tourist places.  Those who had come back from the brink of destitution and death due to their fatal habit have found succour and sustenance at his de-addiction counselling centre 'Salaam Jeevan'. 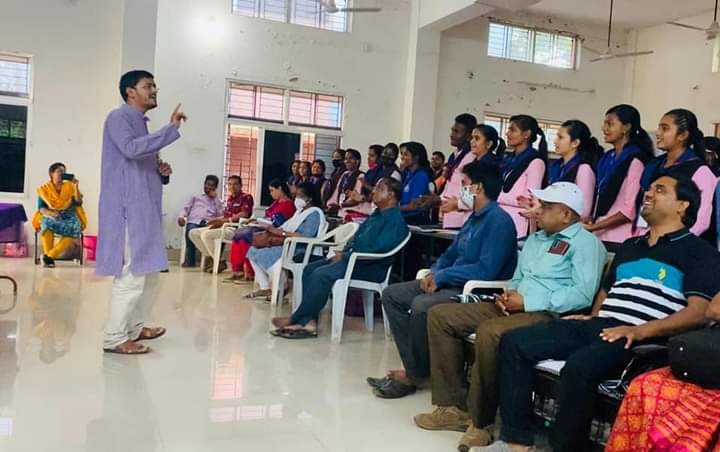 Meet Muhammad Imran Ali who has devoted his life to spreading the anti-tobacco message. He is a committed public health advocate who also works with tobacco users to combat the problem of addiction. Drug free childhood is championed by him in different parts of Odisha. He drives campaigns in digital platform very actively. For his widespread de-addiction campaign in Facebook, he has been honoured by Facebook and 92.7 Big FM jointly. He writes poems, stories, rhymes based on de-addiction as part of his measures to make the state addiction-free. His bike and helmet even carried anti-drug messages. 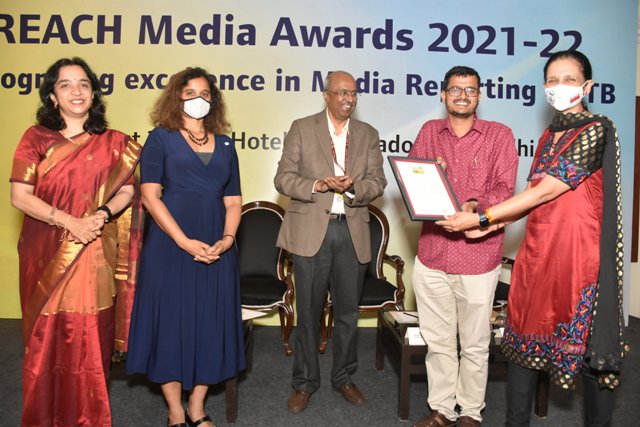 Imran has literally waged a war against tobacco in the state helping users overcome their addiction and making the government ban tobacco products in the state. He continues to educate the population on the harmful effects of tobacco use and exposure to second-hand smoke. It has been an arduous journey for Mohammed, from a small city lad to a committed public health advocate. His focus in life now is to sensitise society to the menace of tobacco and alcohol use.

Imran was raised in a family which did not believe in going after cushy jobs and a luxurious lifestyle. He was always taught to work for the well-being of society. In this regard, Imran recounts the golden words of his grandmother: “Bhalai Kar Bhala Hoga, Burai Kar Bura Hoga, Koi Dekhe Na Dekhe, Khuda To Dekhta Hoga.”

He says, “I was only five when my mother passed away. I was raised by my father, aunt (pisimaa) and grandma. When I was a kid, my grandma used to tell me stories which instilled in me a passion to work for the cause of society. I started participating in cleanliness campaigns and awareness drives against malaria and HIV while pursuing graduation. It was then that I received the best NSS intellectual volunteer award at a state-level camp where around 300 volunteers from nine states participated.” 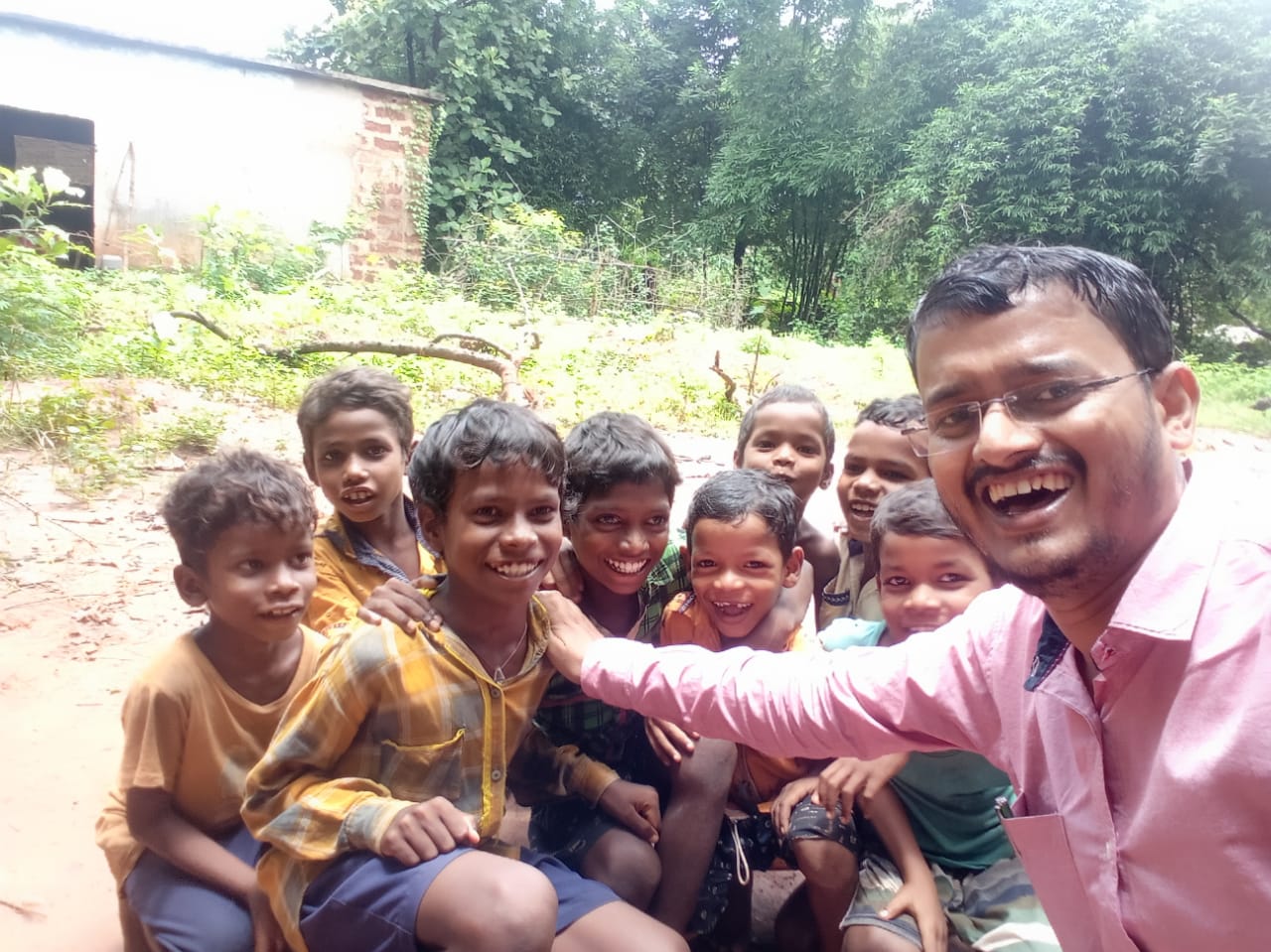 Hailing from a lower-middle class family of Bhadrak, Imran found it hard to find the funds to pursue a Master’s in Social Work (MSW). Banks refused to give him an educational loan. But he did not get disheartened. Instead, he wrote to then President A P J Abdul Kalam. And therein lies an interesting story. Imran says, “In 2006, I graduated with flying colours. When I expressed my desire to study further, my family expressed their inability to provide monetary support. I was simply clueless what to do. It was then that I decided to write to President APJ Abdul Kalam narrating my problem in getting finance to fund higher studies. I mentioned that banks had declined to sanction my loan. To my utter surprise, President Kalam personally replied to the mail. He instructed bank authorities to sanction my loan as soon as possible. That’s not all. He also came down heavily on bank authorities for not helping meritorious students like me. I got the loan in two days. The incident made me think that if the first citizen of the country is so dedicated to the welfare of common people like me, why should I not do my bit for the country?”

During one of his field visits to the Shantipalli slum while pursuing MSW in Bhubaneswar, Imran was horrified to see slum kids aged about 8-10 years addicted to tobacco products. That is when he decided to raise awareness against such products, and ‘gutka’ in particular. He found that easy availability of tobacco products in the market was one of the main reasons behind children getting addicted. Imran was so concerned about the gravity of the situation that he penned a book titled ‘Bloody Gutka,’ in which he talked about the immense harm caused by tobacco products. Later, he formed a group called ‘Nasa Mukti Yuva Sankalp’ with some like-minded people to speed up his anti-tobacco drive. The volunteer group would stage skits, distribute leaflets and visit educational institutions as part of their efforts to raise awareness about the hazards posed by tobacco products. 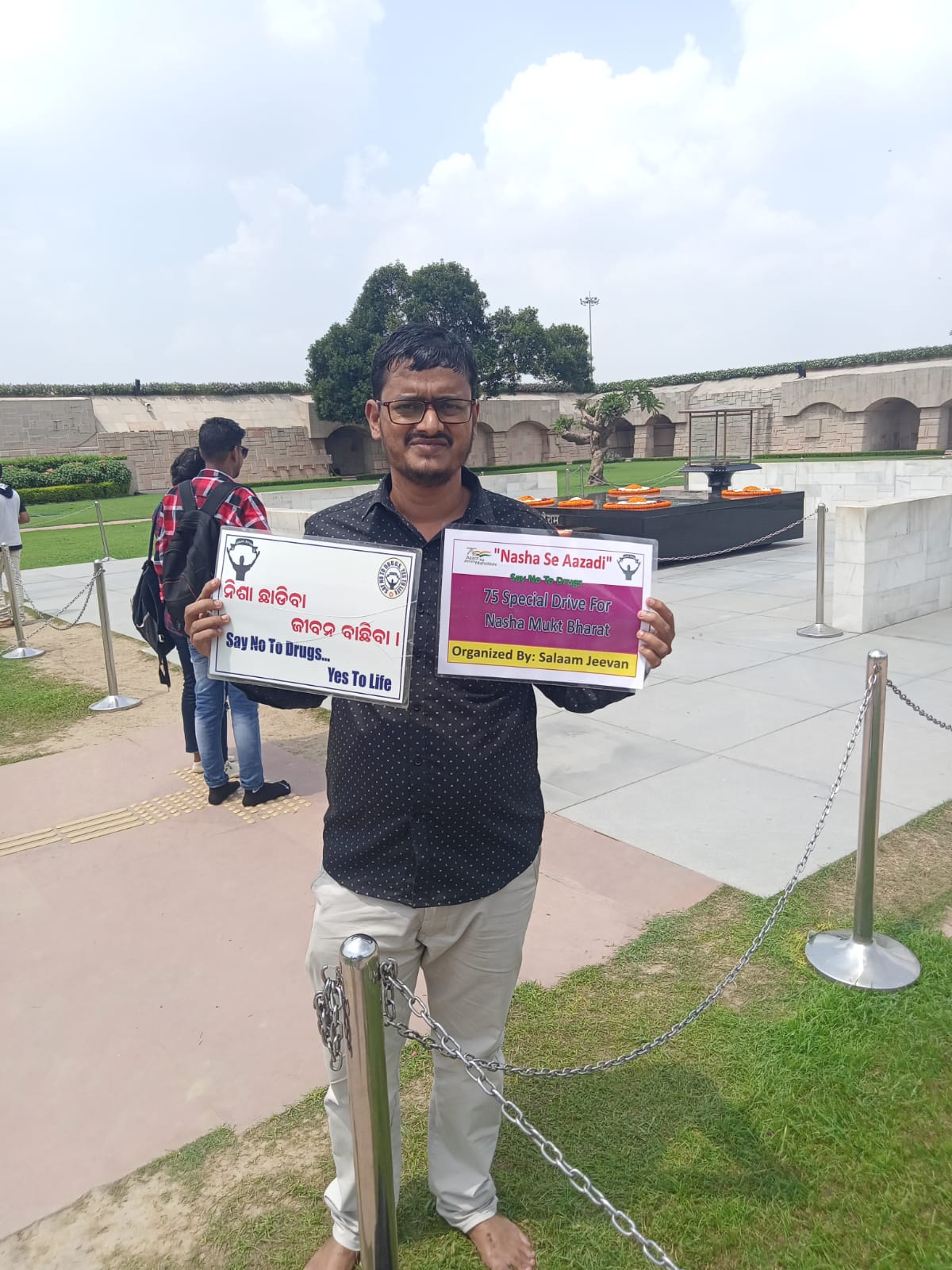 Imran soon realised that there was no point in creating awareness among people when milk parlours were selling tobacco products. “When I sought information through RTI about whether milk parlours had the right to sell tobacco products, I came to know that they were not authorised to sell them. After repeated efforts to get a ban on the sale of tobacco products at milk parlours failed, my friend Jitendra Sahu and I filed a public interest litigation in the Orissa High Court in 2011. Advocate Biren Shanker Tripathy took up the case and we won it.”

Winning the case gave Imran a boost and encouraged him to work even harder for the anti-tobacco cause and seek a complete ban on the sale of tobacco products in Odisha. “In December 2012, we filed another PIL seeking a blanket ban on the sale of gutkha, a chewing tobacco products, and our efforts did not go in vain as the state government announced a complete ban on January 3, 2013.”

Imran has also produced a 14-minute documentary film ‘Salam Jeevan’ which was shown in 3,000 educational institutions in Odisha. He also wrote a book with the same title. Later on, he came up with another documentary titled ‘Silent Killers’ to further strengthen his anti-tobacco movement. The film dealt with the health, economic and environmental hazards of tobacco.

Most recently, Imran has been honoured with the REACH Media Award, 2021 in New Delhi for his descriptive article on Tuberculosis. In his article, Imran has written about Laxman Honaga, a tribal boy from Jollimunda Sahi slum of Bhubaneswar. Laxman, a TB survivor and a school dropout in extreme poverty, has set an example by connecting more than 40 TB patients to treatment and saved their lives. In his article, Imran has explained how stigma could be answered in most vulnerable place like slum. This article was highly appreciated by Jury members in New Delhi.

Earlier, the ‘India Book of Records’ felicitated Imran for his anti-tobacco campaign aired over nine community radio stations across the state on World No Tobacco Day in 2017. Imran has received as many as 30 awards including the State Youth Award, State NSS Award, and Nagar Bandhu Award.