Meanwhile, School and Mass Education Minister Samir Ranjan Das said that after analysing the situation of the schools in areas affected by the flood, the decision of school reopening will be taken by the district administration.

The flood situation still remains grim in different districts of Odisha. The devastating floodwater battered several villages and people still are reeling under the deluge. While the flood took a huge toll on the livelihood of the victims, it pushed the future of the students into darkness.

The flood victims, who earlier relocated to safer places during the floods, are turning up at their residences soon after the water receded. However, the aftermath situation of the flood has left everyone devastated. The flood caused untold damage to life and property.

Moreover, the floods have had a huge impact on education as the floodwater destroyed books and other learning material of the students. During the grim flood situation, the children missed out on vital learning and got deprived of safe places which disrupted their education.

"The floodwater entered our houses and damaged our books. How will we study now?" questioned Sonali Behera, a student.

Although the flood receded in some areas, still several villages remain submerged. In such villages still under the grip of flood, people have taken shelter in school buildings. Now as the State is prepping up to reopen the schools, questions have been raised if it is the right time or not.

Soon after the announcement of the reopening of schools on Monday, students are prepping up for it by drying the wet books under the sunlight.

Meanwhile, another student Subhalaxmi said, "My books soaked in the floodwater. After the flood receded, I found some of the books, while some others are missing."

It was Banki that faced the worst scenario of floods. Several villages remained completely inundated by the floodwater. It has become a reason for concern for children as well as their parents.

"Clothes and books of children swept away in the floodwater. Now, we are worried about how our children will go to school tomorrow under such circumstances. Children are drying their books under the sunlight," said a worried parent. 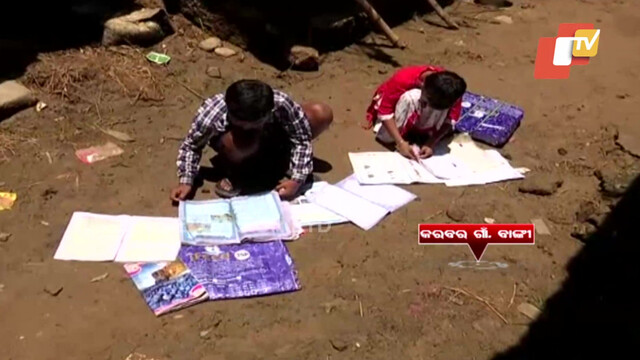 The situation is no different at some schools that got inundated by the flood. Though the floodwater receded, it left a trail of destruction. Mud and slush are heaped in the classrooms of the schools. Though the cleaning work of the classrooms was done on a war-footing basis, it is still a matter of concern if the studies can be continued with normalcy.

"We are making apt arrangements to reopen the school. However, we will let the administration know about our preparations and the situation," said Satya Ranjan, Principal, Karabara Government Upper Primary School. 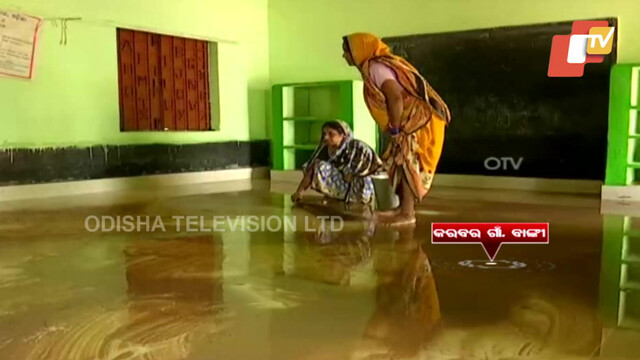 However, the situation remains grim in Kanasa under Puri district. The government school in Balabhadrapur village has turned into a rehabilitation camp for several flood victims. Children among the flood victims are studying in school.

Meanwhile, School and Mass Education Minister Samir Ranjan Das said that after analysing the situation of the schools in areas affected by the flood, the decision of school reopening will be taken by the district administration.

"The schools affected by the flood will remain closed. The DEO and Collectors will take the call after inspecting the situation in their respective districts. Apt steps will be taken for books damaged in floods after receiving the complaints," said Das