Like other Tribal Women in Indian society who have been contributing positively to the local economy by participating actively along with men in the pursuit of economic activities to earn a livelihood, Dongria Kondh women share major responsibility in the production process.

27 years old Ale Sikoka, a Dongria Kondh widow is struggling hard to make the daily square meal. Six months pregnant and holding a two-year-old son on her shoulders every day she has to walk down four kilometres from the Niyamgiri hill to the roadside village to get some work.

Most of the times she would return home empty-handed.

Life was not so hard earlier. Ale had a beautiful pineapple garden near her village, Kurli. She was selling pineapples in Muniguda haat and earned good money for her family. Her alcoholic, husband who died a couple of months ago, blew off all of her earnings on liquor. “He would be drunk all the time and did not help me in any work. Last year when I went to collect pineapple from the garden I came to know that my husband had mortgaged it only for Rs 50 to a Domb (A specific caste) family. He had spent that money on liquor and left us in penury” She regretted.

Situation of 30 years old Kunji Sikoka of Khambesh village is slightly different. She has a mango orchard. This season she along with her sister walked down 4 to 5 kilometres to Bisam Katak to sell the Pineapple and other fruits.

” I sold two bags of fruits and got only Rs 30/-per bag. But my husband will take all this money and will spend it on liquor”. It is not just her apprehension, but she says this is going to happen inevitably. Because this is her everyday’s experience.

All the Dongria Kondh women are more or less facing the same kind of problems like Ale and Kunji.

The Dongria Kondh is a major section of the great Kondh tribes and inhabit the Niyamgiri hill range. Their population is around 10,000 spread over 120 villages with a sex ratio of 1352 females/ 1000 males. The literacy rate among Dongria tribe is less than 10 percent particularly female literacy is only 3%.

Alcohol Addiction of Their Male Members

The dawn breaks in each Dongria villages with the chattering of women in the village compound. They are off to market with baskets of fresh produce, Sal and Kendu leaf and bundles of firewood. All day a steady line of colourfully clad women can be seen walking to market with neatly tied faggots on their heads. The Dongria men, left behind with their hangovers, disappear into the forest and return home with some fruits. In the evening you find all the Dongrias drunk, glassy-eyed and swaying gently on their feet.

Alcohol drink has always been part of the Dongria culture, but is taken only after the hard work needed to live off the fruits of the forest are done for all the temptations to romanticize Dongria life, it is a hard existence. 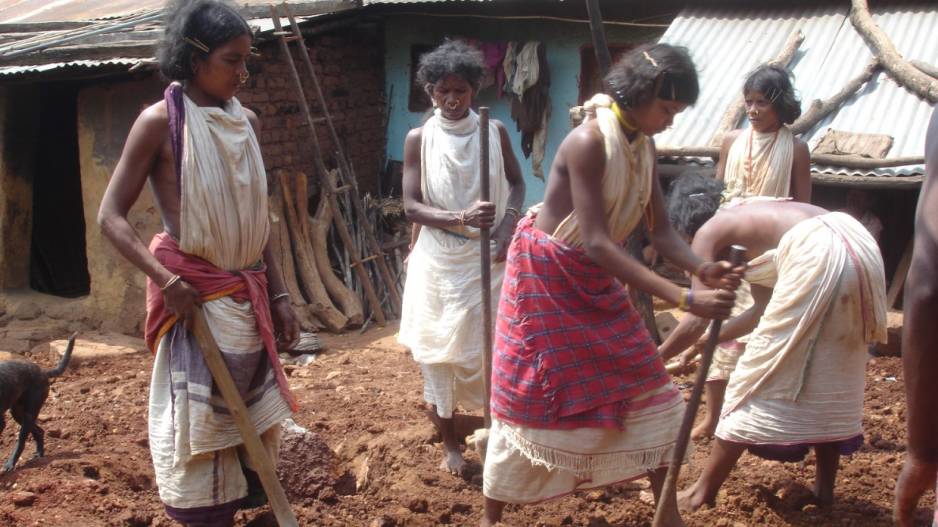 The Dongria Kondhs are addicted to alcoholic drinks. In addition to the juice of sago palm trees that is their favourite drink, they consume varieties of wines. They distil liquor from Mahua flower, rice molasses, banana, mango, orange, jackfruit, pineapple, blackberry and few other sweet fruits containing starch. Each family is proud of possessing juice giving Salap trees. By and large, the Dongria Kondhs use Salap in traditional socio-religious functions to entertain their guests and friends. Their weakness for drinks very often put them into unavoidable peril that they sell and mortgage their valuable plantations to the neighbouring scheduled caste people. Some of them quarrel among themselves due to heavy addiction. On one hand, drinks are unavoidable in marriage, life cycle rituals, ceremonies and social functions and on the other, it is the major causes of their economic backwardness.

Of course, Dongria Kondh women do drink but they take the salap to get more energy, and at the same time, they bear the burden of the entire family. In case of male it is just addiction.

A resettled Dongria village - Sakata - on the edge of the forest would appear to support that gloomy prediction. A few years back, the people were given 'pukka' concrete houses and land to grow crops but have since done nothing with the government's gift. Almost all the men of the village are dead from taking too much of the potent local liquor, which is far stronger than the sago-wine of their tradition. 'With the connection to the forest gone,' a local social worker says, 'the men of the village simply earned enough as day labourers to drink themselves to death.

50 years old Paladi Kadraka has lost her husband after two years of her marriage. She lost her two sons at a very young age.

”I had one son and I was expecting a second one when my husband died. In fact, he had fever for long days. We gave him the traditional treatment, which did not work. No doctors are coming here now so you can imagine the situation 30 years back. We had no money to take him to the hospitals. He spent every pie of our earning in liquor, we really helpless, could not save him”.

Tears rolled down on her chicks while recalling those days.

Her two daughters in law got married and now at her old age, she is alone in her half-broken thatched house. At this age, she carries firewood bundles on her head from the “Donger”, and sell it in the chatikona haat far off from her village. Out of 26 households at Sakata, 12 widows are there.

Division of Labour and Economic Contribution

Like other Tribal Women in Indian society who have been contributing positively to the local economy by participating actively along with men in the pursuit of economic activities to earn livelihood, Dongria Kondh women share major responsibility in the production process. The division of work is heavily loaded against these Dongria women, because, in addition to an equal or greater participation in the economic production process, they have to take the sole responsibility of household chores, which is a stupendous task. Child-rearing is also their responsibility. Dongria women working in the fields, walking down to sell the produce, carrying child in the back is a common sight in the Niyamgiri Dongria villages. Nowhere will one find a Dongria tribal man carrying the child on his back while he works on the field. This kind of division of labour places these women in a disadvantageous position compared to their non-tribal counterparts. 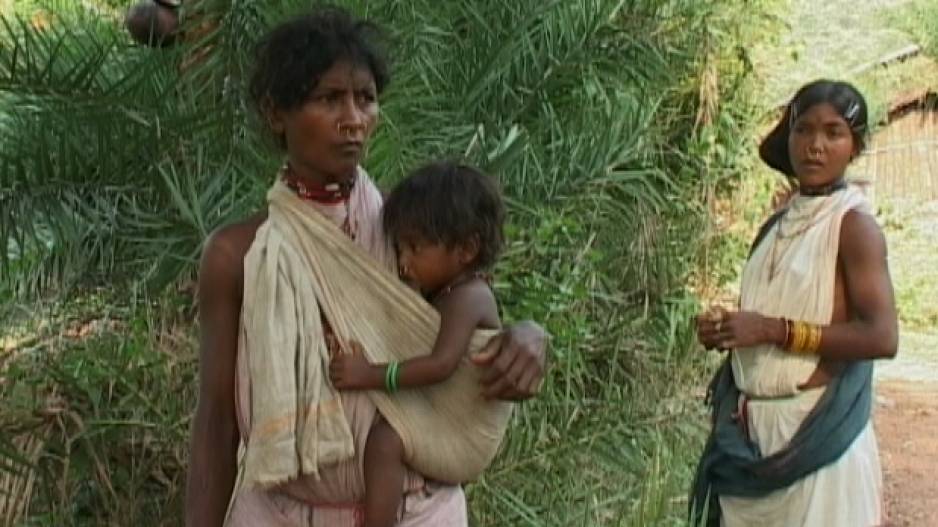 “Our Dongria women are brought up in this way. We have seen our mother doing everything inside and outside the home. If they complain then the drunken men become violent and beat them. We learnt from childhood that we have to do more work than men so nothing new for us. Our next-generation also used to it”. Fule Sikoka, a SHG leader told casually.

“It is true that Dongria women are doing more hard work in the fields than men. They participate in all agricultural operations except ploughing, they work in their orchards, collect the minor forest produce, they walk down kilometres to sell the produces, and they work in all sectors of indigenous cottage industries, tribal arts, and production of artefacts. They are treated as an economic asset to the family. Due to this reason, a girl child is preferred over boy child in Dongria Kondh community but unfortunately, they are not allowed taking part in their decision-making process”. Parameswar Mund, A Kalahandi based scholar regrets.