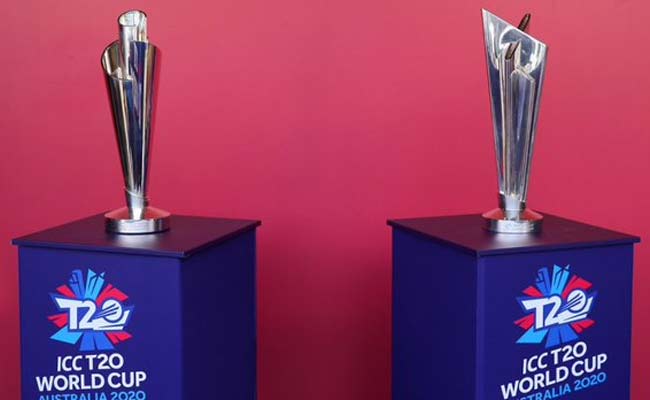 New Delhi: The International Cricket Council (ICC) might be keeping its fingers crossed when it comes to answering queries on the fate of the T20 World Cup slated to be held in Australia in October-November (due to the coronavirus outbreak), but cricketers dont seem that confident when it comes to the mega event going ahead as per schedule.

Speaking to IANS, an ICC official kept it short and said that no meeting has taken place between the international body and Cricket Australia over the last week and contingency planning continues.

“There has been no meeting (in the last week) and there is no update. Contingency planning continues,” the official said.

But over the last couple of months, the cricketers have made it quite evident that the World T20 might have to be postponed keeping an eye on the magnitude of the event and also how social distancing norms need to be strictly followed in the near future amid the global coronavirus pandemic.

Australia opener David Warner shared his thoughts with Rohit Sharma while interacting in an Instagram live chat last week and said: “The ICC World Cup will not go ahead here by the looks of it. It will be difficult to get everyone (16 teams) together.”

Australia’s limited-overs skipper Aaron Finch too feels the tournament might have to be delayed. “I think we might have to get our heads around a T20 World Cup that might be postponed for a month, two months, three months, whatever it has to be,” Finch told SEN Radio.

Australia batsman Chris Lynn feels that the situation could be a logistical nightmare if the tournament happens as per schedule. “My personal opinion is no,” Lynn told Fox Sports.

“Obviously we’re praying for it to go ahead but we’ve just got to play what’s in front of us. Having teams come from all over the world is going to be a logistical nightmare.

“Hotels, travel, keeping the teams in the hotels for a number of weeks before the tournament is going to be tough work moving forward,” he added.

Some other players have also spoken about the fans and how having a T20 World Cup in front of empty stands wouldn’t be the best way forward.

Australia all-rounder Glenn Maxwell feels that crowds are an integral part of the showpiece event. “… it’s going to be hard for us to have crowds. I think if IPL goes ahead they can probably survive without any crowds, but I can’t see the T20 World Cup surviving without any people there,” Maxwell told ABC Grandstand.

“It’s going to be hard for us to justify having a World Cup when we can’t get people into the grounds. So I can’t see it happening in the near future. We’ve got to take care of everyone’s health and wellbeing.”

Pakistan batsman Imam-ul-Haq also said that he would like to have fans around while playing a showpiece event. “I personally feel T20 World Cup, if it happens, should take place with crowds as its charm is something else for players and everyone involved,” he pointed.

A BCCI official told IANS that opening the games to fans and still being able to maintain social distancing norms could be a major concern for Cricket Australia.

“With the conditioning that everyone is going through at the moment, would the fans want to gather in a stadium at this stage? Or would the tickets of only one out of 10 seats be made available to keep a semblance of social distancing norms in place?” the official enquired.

Shramik Special trains to run in full capacity with 3 stoppages