Odisha's Private Hospital Body Not In Favour Of BSK Scheme

The All Odisha Private Medical Establishment Forum (AOPMEF) has refused to provide treatment to patients due to lack of clarity in the existing terms and conditions of the BSKY.

Odisha's Private Hospital Body Not In Favour Of BSK Scheme

5 foods that cause damage to your mental health

The Odisha government’s universal health coverage scheme, Biju Swasthya Kalyan Yojana (BSKY) seems to have hit a roadblock with private hospitals in the State expressing open hesitation in providing treatment to beneficiaries citing lack of clarity in the guidelines of the scheme.

The All Odisha Private Medical Establishment Forum (AOPMEF) has refused to provide treatment to patients due to lack of clarity in the existing terms and conditions of the BSKY.

The private hospitals’ resolution came at a time when the Odisha government is busy distributing smart cards to beneficiaries of its own health scheme, casting a cloud of uncertainty over treatment of patients.

Holding a presser, the forum claimed that the treatment expenses fixed by the State government for various diseases are quite low in the scheme and providing service at that rate is not possible.

According to the claims of the private hospitals, the scheme does not have transparency on who would bear the expenses of treatment of patients if the total medical bill exceeds the insured amount.

Furthermore, the guidelines of the scheme mandate patients to bring reference certificate from Chief District Medical Officer (CDMO) to avail the treatment facilities under the scheme. However, majority of the beneficiaries do not have the knowledge of the rule.

Dr Subrat Jena, president of AOPMEF said, “Many general diseases have not been enlisted in the BSKY yet. In many cases, it is not possible to provide treatment at the packages prices fixed by the government. There must be monetary provision for diagnosis in out patient deparment (OPD) too.”

The forum said the MoU states that the government should release the payment to private hospitals within 30 days. However, the payments remain pending for several months.

While the forum has refused to treat patients under the BSKY until the issues are sorted out, the government is yet to issue any statement over the development. 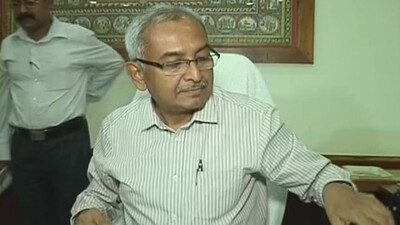