The 'Gambhir' tips are before donning political HAT, don the HAT (honesty, accountability and transparency), 'Compromise' will come when politics will be for the 'Chair' 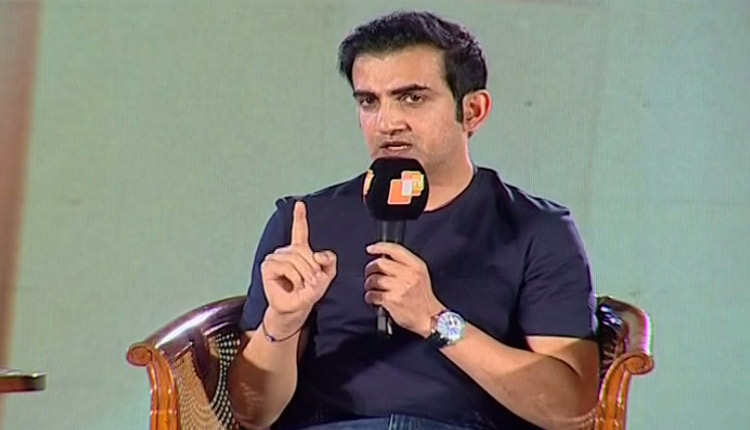 Bhubaneswar: Known for his flamboyance and attacking style on the cricket pitch, also having been a spin specialist, the doughty Indian opener Gautam Gambhir’s cricketing exploits were on conspicuous display on the political pitch today.

As per political observers, in order to carve a niche in the realm of politics, the essential traits necessary to score big are flamboyance, the spirit of attacking and a specialist in giving a political spin.

Significantly, during his over half an hour interaction in the Foresight forum today, the all-important winner political traits were on full display.

Known in the cricketing world as ‘Gauti’, the flamboyance (say brilliance) was to the fore when he quite unambiguously outlined a roadmap to make Delhi – what he called- A ‘Saksham’ or Capable Delhi, not ‘Lachar’ (poor).  He displayed how he has a firm footing on the ground which is evidenced by issues he nurtured – from Jan Rasoi (meal at Rs 1 a plate), CCTV to curb crime against women and the Ghazipur landfill.

The attacking style oozed out when he took on the political giants like Delhi CM Arvind Kejriwal and West Bengal CM Mamta Banerjee.

Like hitting spin bowlers to the fence, Gauti took on the spins bowled by West Bengal CM Mamata Banerjee. The WB CM had once termed him as an ‘Outsider’ when he was the captain of Kolkata Knight Riders during the period of 2012-17.

“This is the most irresponsible statement I have come across. No one can call any Indian an outsider in his/her own country. People of West Bengal will give their verdict in coming elections.”

On Delhi CM, He said, “Arvind Kejriwal is one of the reasons why I joined politics.”  The Indian opener put the Kejriwal government’s free bus service to women in a spin.

“This is vote bank politics. Many women are now earning more than men. The Delhi CM could have given free bus service to children, which in a way ameliorate the family’s burden. But he didn’t because children are not voters,” observed Gambhir.

For those who covet to don the political HAT, the Gambir talk is first to adopt this H (Honesty) A (Accountability) and T(Transparency) in public life.

GAUTAM SPEAK ON WOMEN AND CRIME

Only behavioural change in society could eliminate the crime against women, neither law nor technology.

Batting for gender equality, Gambhir said, “Boys need to be taught in the family to respect women and their rights. There is an urgent need to change the men point of view in the country.”

ON HIS FIRST LOVE CRICKET

Recalling the uneven pitch and bounce he faced during his entire cricketing career, Gauti said, “The game has made me learn how to develop patience when I was a most impatient person.”

He added that patience sprouts up when you challenge yourself to achieve a goal.

While dropping him form a team for what the then chief selector Sandeep Patil had attributed as “attitude reason”, the former Indian opener said expressing opinion frankly shouldn’t be termed as an ‘attitude’.

The satisfaction in his cricket career is playing for the World Cup donning the blue cap. In fact, Gambhir’s knock of 97 in the 2011 World Cup is still a memorable inning in the annals of World cup history. “This was my childhood dream.”

Speaking on the sidelines to OTV correspondent, the aggressive left-hander said, “It is good to see Cricket returning to pitch after Covid-19 disruption. He, however, hastened to add that resumption of the sport is fine but there is a need to take guard against Covid-19 spread. The pandemic protocol needs to have strictly adhered too.”

6,510 Vacant Posts To Be Filled Up In Bihar Govt Dept In 6 Months