Of late, women are more into yoga than men. Without exaggeration, it can be said that yoga has become a fashion with more number of women opting for yoga to stay in shape.

No parade during Independence Day celebration in Odisha this year

Raksha Bandhan: From earbuds to smartwatch, these affordable gadgets are best picks for siblings

We always wonder how actresses manage to maintain such svelte figures despite growing old. Notwithstanding hectic schedules and busy lifestyle, they are slim and continue to glow.

You must be thinking they might be using some products to look young and beautiful all the time. They have proved that fitness is not all about running, lifting, doing exercises and using expensive products to look evergreen. Here goes the secret behind their ever youthful looks and figure.

A four-lettered word ‘Yoga’ is the secret of their youthful look. Yes you heard it right. Many celebrities have switched to yoga to stay fit and to get a quick ass body. Shilpa Shetty is the best example. She is known for her svelte figure and it’s not a big secret that she really loves yoga.

Starting from Shilpa Shetty to Kareena Kapoor Khan and Malaika Arora, these actresses look younger with every passing year thanks to yoga. Of late, women are more into yoga than men. Without exaggeration, it can be said that yoga has become a fashion with more number of women opting for yoga to stay in shape.

When yoga was men’s affair...

Traditionally, women were not encouraged or invited to practice yoga.  Yoga was only taught to men. Sources revealed that a Russian woman was the first woman pupil who was allowed into an Indian ashram way back in 1930s.

Her original name was Eugenie Peterson. She moved to India in her twenties in 1927 when she was a film star. After her move to India, she then changed her name to Indra Devi. Before that, yoga was only taught to men. The Russian woman managed to push the gender barrier. After yoga travelled to the West it underwent a transformation and developed a more female-focused portrayal. India witnessed a remarkable change with the number of women yoga practitioners rising like anything.

In Odisha, women starting from homemakers to women entrepreneurs are into yoga these days because all they want to have is toned figures.  Yoga expert 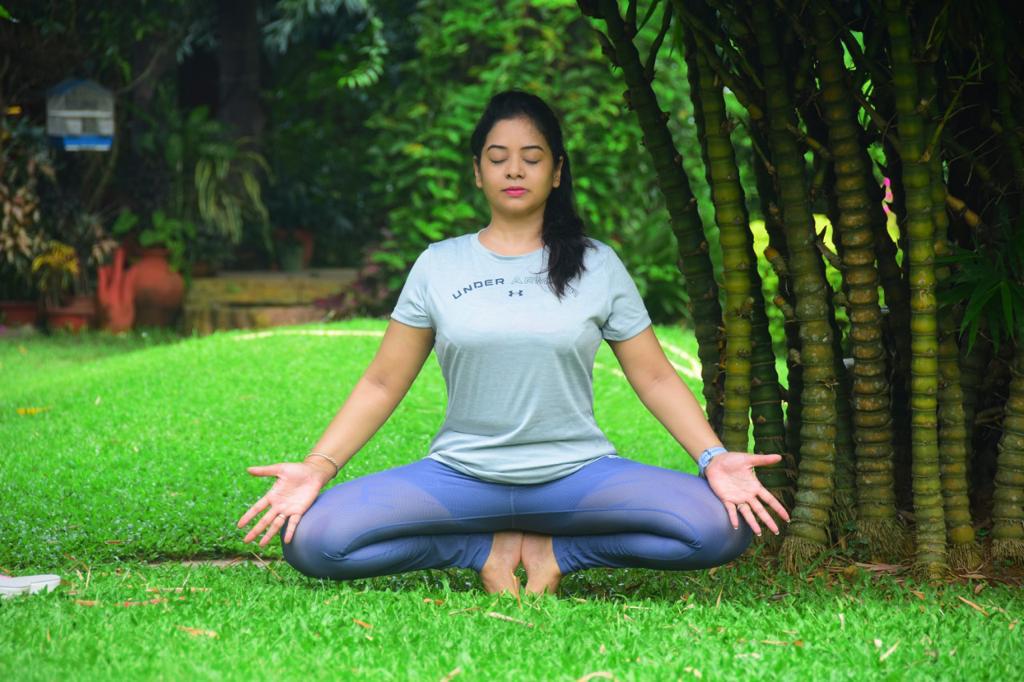 , the founder of Blissful Yoga Centre agrees to it. She feels the term yoga does not cater for any particular age group or section of people. “For me, it is universally accepted and has a deeper context. Yoga has been practised by sages in India for ages. However, it has become more popular than ever of late because people realize that  fitness is important for the human body, mind and soul. After 30, more numbers of women are getting into yoga just to look fit and fine. Not only does yoga help reduce stress and manage anxiety, it helps to build strength, balance and flexibility, elevates mood and develops a positive body image among women which is why more numbers of women are into it.”

Currently, Soumya imparts yoga classes to 40 women.  Inspiring everyone with a holistic approach, fitness influencer Soumya said, “After a certain age women start gaining fat. In a bid to maintain figure, women are getting into yoga. I have observed some women who had joined zumba classes, gym and cardio exercises for weight loss. They stopped such classes once they got the desired results. In process, they again started gaining weight. But this does not happen in case of yoga. After realizing this fact, many women joined me and never skipped doing yoga. Because once you start doing yoga, you literally fall in love with it. Many believe that yoga means exercise. Yoga is much more than that. Those who do yoga they gain mastery over mind which helps us remain calm even in disturbing situations.”

“I must say that the benefits of yoga are well understood by women. They would agree that yoga can push one towards a healthy lifestyle. That’s why women preferred this activity over other forms of exercise during the pandemic for the multitude of benefits it offers”, Soumya signs off. 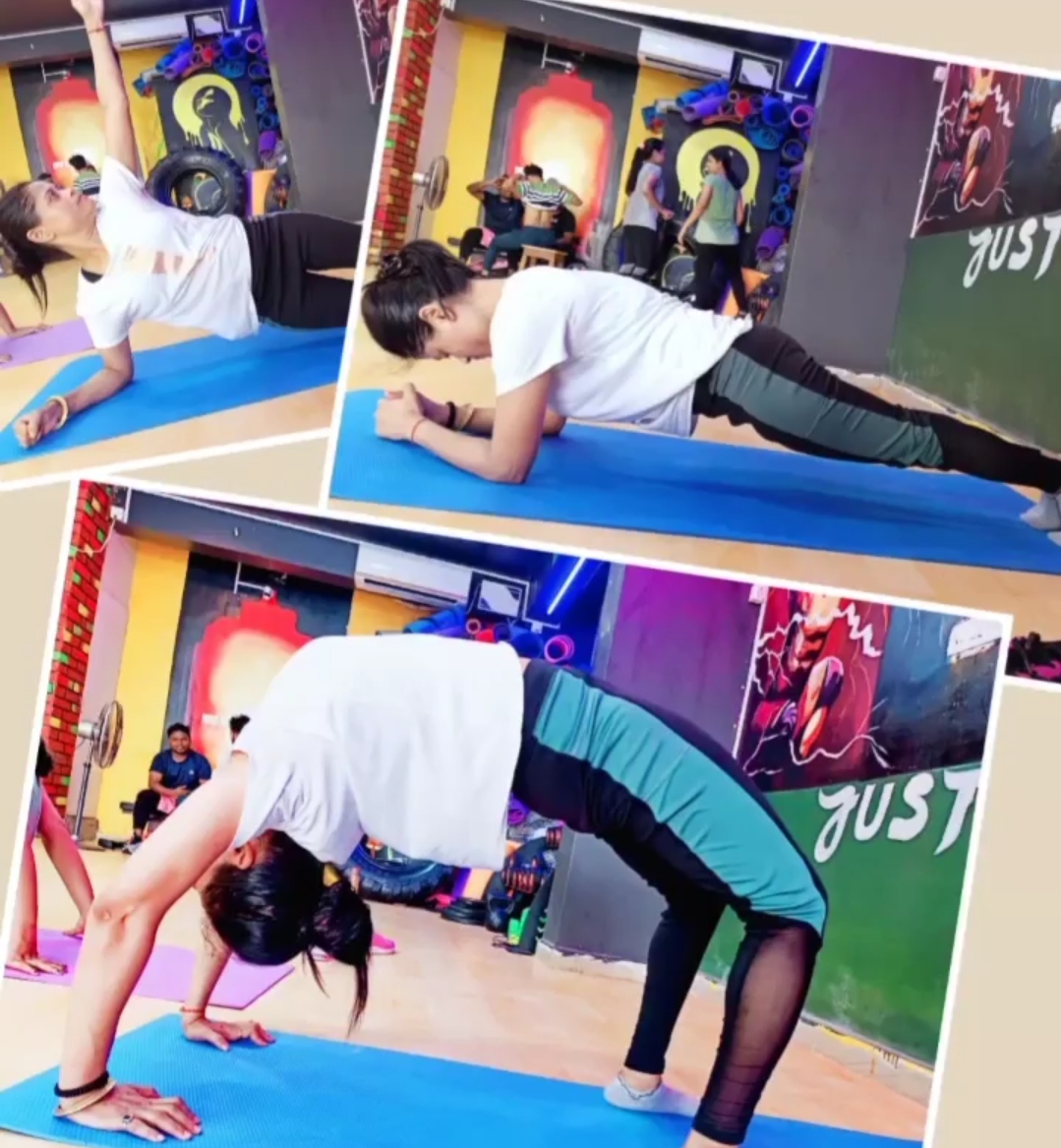 The gorgeous influencer, who is a counseling psychologist by profession, has often captivated everyone’s attention with her yoga asanas on social media. Crediting yoga as one of the pioneers in shaping her career, she has frequently revealed how regular yoga sessions can bring a positive impact on people's life.

According to her, yoga means to combine individual consciousness with universal consciousness. In other words, it means to maintain a perfect harmony between body and mind. After 30, women are more engaged in their family affairs and careers. Thus, they hardly give time to themselves which leads to slowing of metabolism, gaining fat apart from increase of stress and anxiety. Yoga helps women slow down their ageing process. It helps reduce stress hormone and increase happy hormone. It tones our body and increases strength. It makes us feel good. I have observed that women are taking much more interest in yoga because they love themselves and they value themselves. Being a working mother, I too find time for myself so that I will remain happy.  Yoga and meditation will help women stay physically and mentally fit. It helps in improving the strength and concentration levels of women. During the time of the pandemic when mental health became of crucial importance, it was yoga that helped many women to stay sane.”