Bahuda Yatra: The return sojourn of holy Trinity to Srimandir

The word ‘Bahuda’ in Odia means return. On the auspicious day of Devshayani Ekadashi, the Trinity begins their return journey.

The return sojourn of the Holy Trinity- Lord Jagannath and His siblings Lord Balabhadra and Devi Subhadra to their abode Srimandir, after spending seven days in the Gundicha temple, is known as the Bahuda Yatra.

The word ‘Bahuda’ in Odia means return. On the auspicious day of Devshayani Ekadashi, the Trinity begins their return journey.

It is an important part of Ratha Yatra and is the reverse process of the world famous festival. There are many rituals involved in Bahuda Jatra. Mangal Aarti takes place at around 4 am as the first ritual. After that, the priests perform Tadap Lagi and Rosa Homa.

It takes around 30 minutes to complete both the rituals and they are followed by Abakash and the worship of Surya Dev. Before the yatra begins, the priests worship the gatekeepers of the Lord Jagannath, known as Dwarpala Puja. It is followed by the Gopal Ballav and Sakala Dhupa that continues for about an hour. After that, the Senapatalagi ritual is performed. 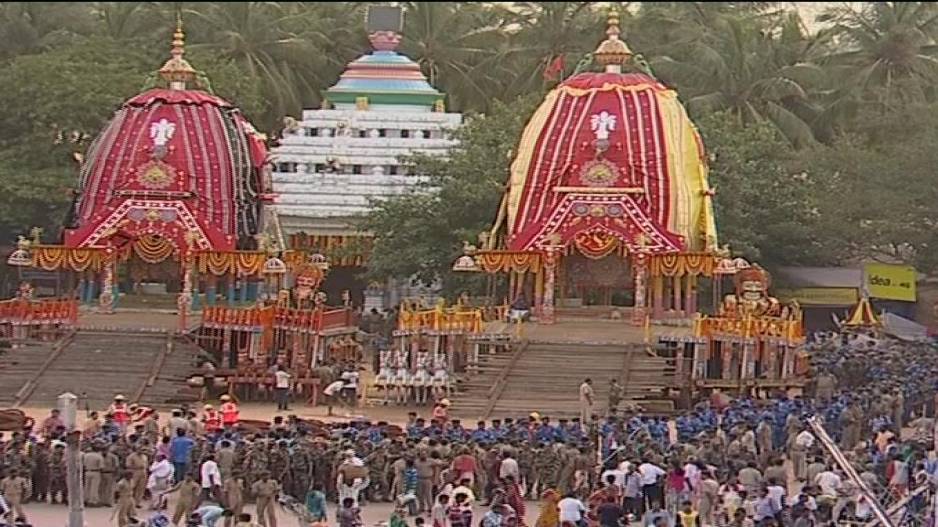 The deities are then brought out of the Gundicha temple through the ‘Nakachana Dwara’ in Pahandi (a special procession), amid beats of cymbals and gongs and the sound of conches. The deities are taken to the same chariots- Nandighosha, Taladhwaja and Darpadalana, in which they had arrived.

After a special ritual named Chhera Panhara performed by Puri king, the chariots are pulled by the devotees back to the main temple-Srimandir. Odissi and Gotipua dancers perform to the tune of devotional music in front of the chariots. Similarly, the martial artistes perform ‘banati’, a traditional martial art in front of the deities.

It is considered auspicious to get a glimpse of the deities on their chariots. Return journey of lord Jagannath (Bahuda Jatra) follows the same protocol and schedule as is found during the Ratha Yatra.

During the return journey, the three chariots stop for a while at the Mausima Temple, also known as Ardhasani Temple. This temple is dedicated to the aunt of Lord Jagannath. On the returning day from Gundicha temple the tree deities are offered ‘Poda Pitha’ (a special sweet made of rice, coconut, lentils and jaggery) and after that they start their journey. 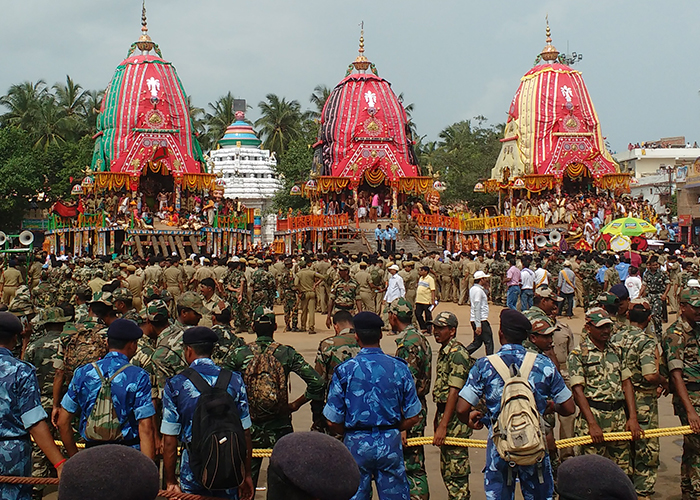 After reaching near Srimandir, the chariots of Lord Balabhadra and Goddess Subhadra are parked at ‘Singha Dwara’ (Lions’ Gate), but Lord Jagannath’s Rath halts in front of the Gajapati King’s palace. On the other hand Maa Laxmi (wife of Lord Jagannath) steals a glimpse at ‘Chahani Mandapa’ to enquire about the safe return of the three deities from Gundicha temple.

The next day the Lord is ready for dharshan to people in the temple – and it is known as ‘Suna Besha’. Rath Yatra is one of the most sought-after and popular religious events in Odisha. Every year, lakhs of people flock to the holy city of Puri to seek blessings of the Lord.

Rath Yatra 2022: The Wheels Of Wisdom