The uniqueness of this shrine is that the lower part of pestle made of unknown metal is worshiped as the Goddess Kanta Devi.

Since time immemorial, we have been worshiping ‘Shakti’ or ‘Adi Parashakti’ as the ‘Great Divine Goddess’. Across the country, she is believed to be the personification of the divine feminine creative power.

There is one such shrine in Odisha which is not so famous but rich rituals are still observed there, following age old traditions.

This shrine is nestled in the lap of nature in Bonaigarh, also known as Bonai in Sundargarh district, with Brahmani river, the Khandadhar and Singardei Hills surrounding it.

The uniqueness of this shrine is that the lower part of pestle made of unknown metal is worshiped as the Goddess Kanta Devi. The Goddess is widely worshipped across the length and breadth of Bonai sub division.

The Goddess appears in the cave of Singardei Hills only on Shukla Paksha Pratipada tithi of the holy month of Ashwin. As per belief, locals gather in large numbers outside the cave to catch the first glimpse of the Goddess and offer prayers.

The much talked about rituals associated with the Goddess during the time of Navaratri is the Goddess is taken out from the cave on a lavishly decorated small palanquin and taken in a procession, roaming among the devotees. 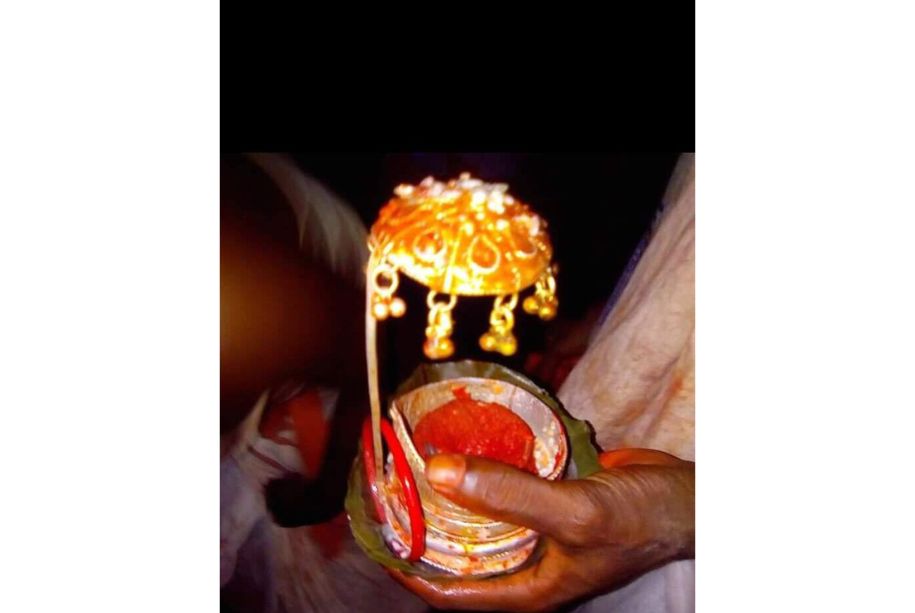 As per the tradition, devotees belonging to Bhuyan community take out the Goddess on a palanquin and go around villages like Poigaon, Jakeikela, Jamkei and Uparda. During the procession, they have to cross the Brahmani river.

On Ashtami tithi, a ritual called Kanta Bheti is observed. As per the tradition, these devotees leave the Goddess at Kantajodi and from there, the king of Bonai receives her. In a grand procession, the king welcomes her and on his direction, Amant performs the rest of the rituals.

The rituals associated with Dashami tithi or Dusherra observed in Bonai are seen to be believed.

After getting worshipped at several villages, she returns to her residing place on Kumar Purnima. To appease the Goddess, people of the villages wherever the Goddess visits offer animals and bird sacrifice.

According to folklore, while a farmer was ploughing his land in Kantasara village, his plough stuck on an object. He dug it out and found the object to be a lower part of a pestle, made of unknown metal. He tried to get rid of it by throwing it away. But to his utter surprise, the strange object would come his way each time and stick to his plough.

The surprised farmer finally brought the ‘foreign’ object to his home and put it on the mat along with the crops he laid out in sun to dry.

Then a bronze smith was passing by. He suddenly got attracted to an unusual sound while birds were feeding on the crops. Out of curiosity, he watched the incident and later, brought it from the farmer in exchange of a few utensils. 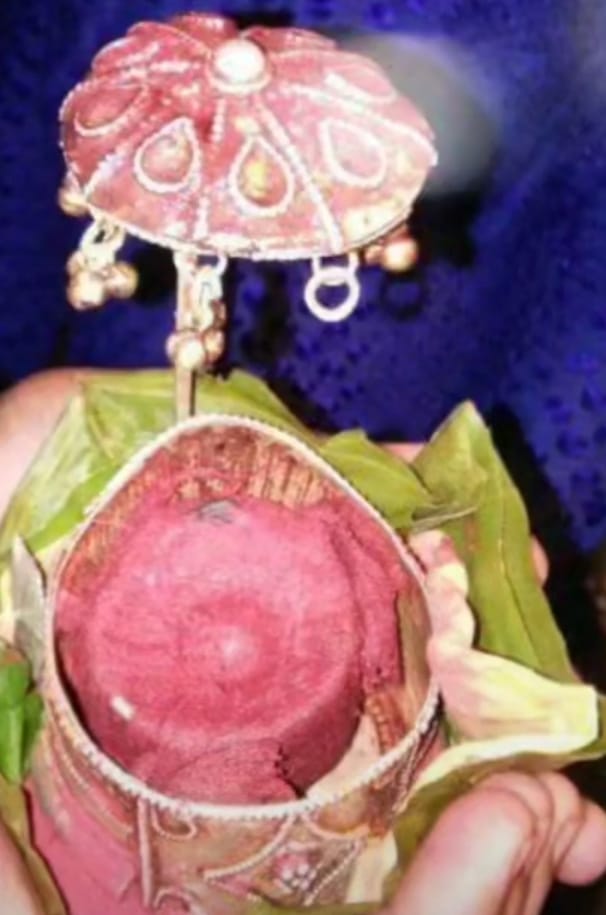 The then King of Bonaigarh dreamt the entire incident and he was told that the object is nothing but the incarnation of Goddess. After recovering the metallic object from the bronze smith, he asked Bhuyan to put the Goddess in a cave of Singardei Hills.

However, different historians share different opinions over the origin of Goddess Kanta Devi.

Durga puja is one of the greatest festivals of India. The significance of Durga Puja goes beyond religion and is revered as the celebration of compassion, brotherhood, humanity, art and culture.

The festival marks the beginning on the day of Mahalaya when the ritual of ‘pran pratistha’ is done by painting the eyes on the goddess idol.