In a quantum leap, Odisha has secured fourth place in the country, leaving behind big states like Maharashtra

In a big booster shot to the massive crackdown launched by Odisha during the last year to bust adulteration racket in the State, the State took a giant leap to secure fourth place among the 20 large states in the country.

As per the State Food Safety Index 2021released today, Gujarat maintained its numero one position intact in the State Food Safety index. The big upside down the new index has brought to the fore is Kerala took a long jump to secure 2nd rank in the country, whereas Tamil Nadu was pushed to 3rd.

However, Odisha steals the show today. In a quantum leap, the State has secured fourth place in the country, leaving behind big states like Maharashtra. As per the report, Odisha and Himachal Pradesh have effected a big improvement in the 2020-21 Food Safety Index.

The food safety index has been prepared by FSSAI (Food Safety And Standards Authority of India). The apex institute of the country rates a state on the parameters like human resources and institutional data, compliance of FSSA (Food Safety and Security Act), testing infra and surveillance, training and capacity building and consumer empowerment.

The State till 2019 had been ranked among the weak states in food safety. Odisha languished at 13th place among 20 major states for the last half-decade. Neighbouring states like Bihar, Chhattisgarh, Andhra Pradesh and West Bengal had been ahead in ranking. 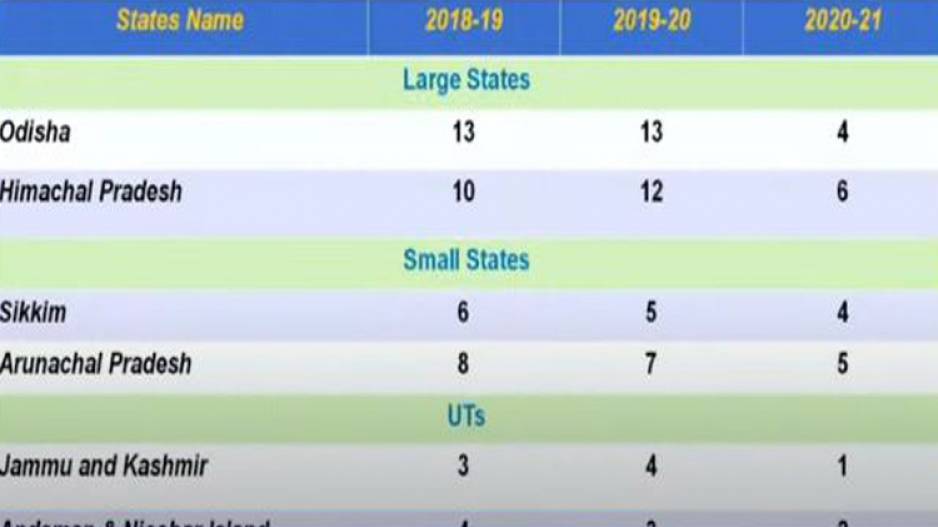 According to the report released today by Union Health Minister Mansukh Mandaviya, Odisha scored a swift stride to make an entry into the top-5 in the country by virtue of holding regular meetings of the State Level Advisory Committee and District Level Committees.

As per sources, former chief secretary Asit Tripathy and incumbent CS Suresh Mahapatra played a stellar role in directing regular meetings at the district level. Moreover, they emphasised preparing an action plan to crack down on the proliferation of adulteration mafia in the State.

Following clear cut directions and a plan of action from the higher level, Odisha witnessed a state-wide crackdown on adulterated food stockists and manufacturers last year.

Last year in November, over half a dozen adulterated units were busted in the State. The city of Cuttack, Odisha's commercial capital, had borne the brunt of the massive crackdown.

Though Odisha has secured handsome gains in food safety and security in the year 2020-21, there seems to be a long road ahead for the State. Odisha has to bring a paradigm shift on the following parameters to emerge as a champion state in the realm of food security.