Exactly, this is the strategy of ruling BJD, because when asked about the rumour mill buzzing, CM Patnaik didn't simply rubbish it but linked the same to the elections

Grapevines galore Chief Minister Naveen Patnaik. The rumour mills have a field day during CM Patnaik's regime. The answer is obvious as CM Patnaik happens to be a man of few words.

The rumour bombs keep exploding in State's political landscape - from Naveen and his Chanakya lots, which has been dominating right from his day 1 in office to till date, to the gossip on he not keeping good health that has become the top grosser in the State's political theatre, as the CM's age keep progressing.

As per political scientist Jayson Harsin, rumours are either a sort of misinformation or propaganda. And such misinformation-propaganda is a part and parcel of political communication. Both carry an intended political purpose.

While a misinformation rumour is dropped by politicians to bamboozle (defeat) the opponent, the propaganda rumour bombs are meant to gain political profit by diffusing the dropped ones.

On Friday, Chief Minister Naveen Patnaik walked to the durbar of Lord Lingaraj. There is a glint in his eyes and he walked on the rocky lawns to seek the blessings of the Lord. The glint and the walk tell the intended tale.

However, as CM Patnaik comes out, there has been a bombardment of questions regarding the buzzing rumour mill on his poor health.

A smiling and beaming Patnaik then said, "Whenever there are elections, these rumours that my health is not good have started. But I assure all of you that I am in perfect health, very happy and here to serve the people of Odisha."

The late PM of Canada, Pierre Trudeau, had once said: "The essential ingredient of politics is timing." And the timing here has been that the State is in the midst of elections. Two phases of the Panchayat elections were over. The first phase saw high poll violence. Booth capturing reports have come in the phase -2 polls too.

Only in the year 2019, BJD had uploaded a video on workout sessions of CM Naveen Patnaik with the caption "Naveen The Jet Engine" just a week before the first phase of Lok Sabha polls. In the video, Patnaik was seen doing simple exercises on the green lawns of Naveen Niwas.

And the 'green-field' video ends with a smiling Patnaik saying, “Getting ready to fight for the people of Odisha." (see the  Pic) 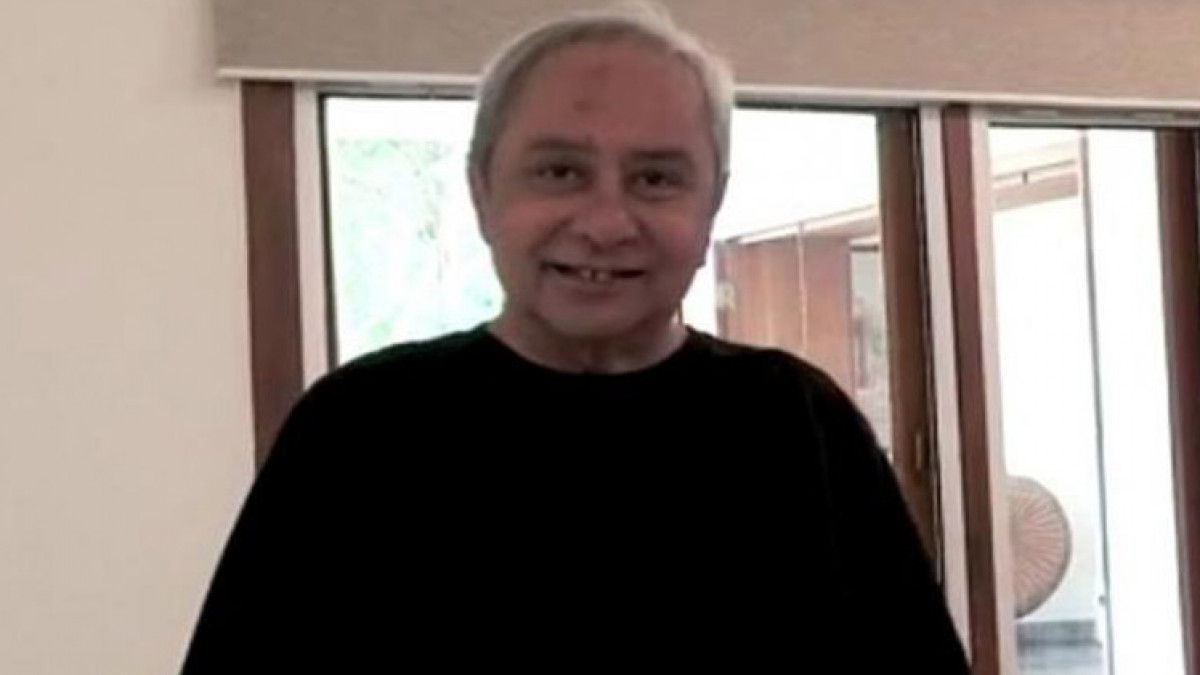 In 2019, the BJD strategic team by uploading the workout video of CM Naveen Patnaik had tried to deliver the message of 'Fit and Fiddle' Naveen before the arduous big title fight.

On Friday, the live walk of CM Naveen Patnaik on the rocky lawns of the 11th Century Lingaraj temple carries the same undertone. The words in 2019 were - "Fight for the people of Odisha," and on Feb 18, 2022 - "Here to serve the people."

The smiling Chief Minister's words today reminds the sayings of British Historian George Macauley Trevelyan "After a day's walk, everything has twice its usual value."

Exactly, this is the strategy of ruling BJD, because when asked about the rumour mill buzzing, CM Patnaik didn't simply rubbish it but linked the same to the elections.

Who is behind the current rumour that CM Patnaik is not keeping good health and he is ill? Is it the Opposition?

While CM Patnaik has evaded the question shot at by media persons, S&T Minister Ashok Panda hesitated to single out anyone in the opposition ranks. Rather he said, this rumour has been doing rounds on social media, which means no such news story has been published in the mainstream media (TV, Digital and Print).

As per political scientist Jayson Harsin, there are some rumour bombs that were diffused to gain political profit.

In the current case, a rumour bomb on CM Patnaik's ill health was dropped on social media, and today, the CM has paid a visit to the durbar of Lord Lingaraj. He came out and diffused the rumour bomb.