Kishore Kumar had once refused to lend his voice to a song, even after knowing that Lata Mangeshkar will be giving her voice for the female number.

The faithful are still mourning. The connoisseurs of classical music are yet to come to terms with a world without legendary Lata.  But a euphonious voice then buzzed saying, "Rahe na rahe hum, Mahaka Karenge Banke Kali..." (I may or may not be there, but will remain as the fragrance of a flower).

Rightly so, legendary Lata Didi will ever remain as 'Lata'. Her immortal cuckoo bird-like voice will guide the millennial. Celebrated author J R Rim had rightly said "Life is a first impression. You get one shot of it. Make it everlasting."

The beautiful song by Lata Mangeshkar, Rahe na rahe hum..., exactly talks about that.  This is the lesson from Lata Mangeshkar, even as the eyes keep telling 'Mere Naina Sawan Bhadon...', after the celebrated singer breathed her last on Feb 6.

Well, this evergreen song has been sung by none other than Lata Mangeshkar. There is a big story lurking behind. And the story portrays another wonder - the singer with a golden voice- Kishore Kumar. 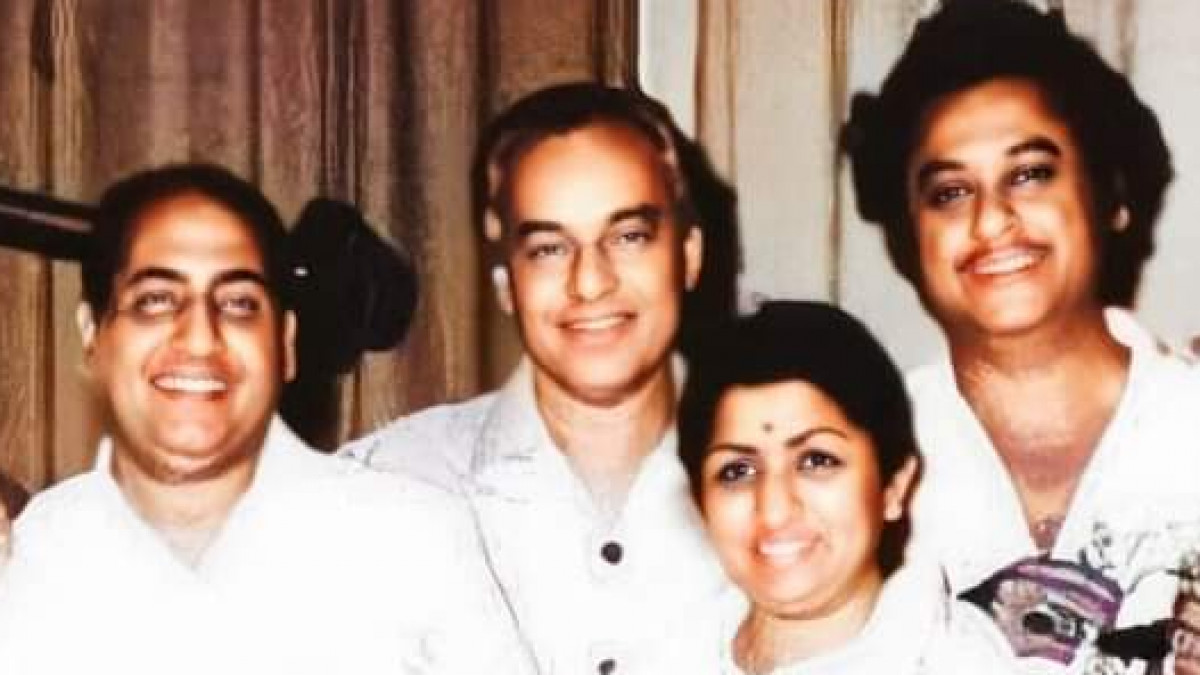 But there is a special story on one such evergreen song ''Mere Naina Sawan Bhadon..."

''Mere Naina Sawan Bhadon..." is an emotional song featured in the 1976 movie Mehbooba starring Superstar Rajesh Khanna and Hema Malini in the lead. The haunting melodies of the song, which was sung by both Kishore Kumar and Lata Mangeshkar, are still cherished by many to date.

But do you know, Kishore Kumar had refused to lend his voice to the song, even after knowing that Lata will be giving her voice for the female number?

Yes, you are reading it right! The story behind had been divulged by none other than the venerable music maestro RD Burman. 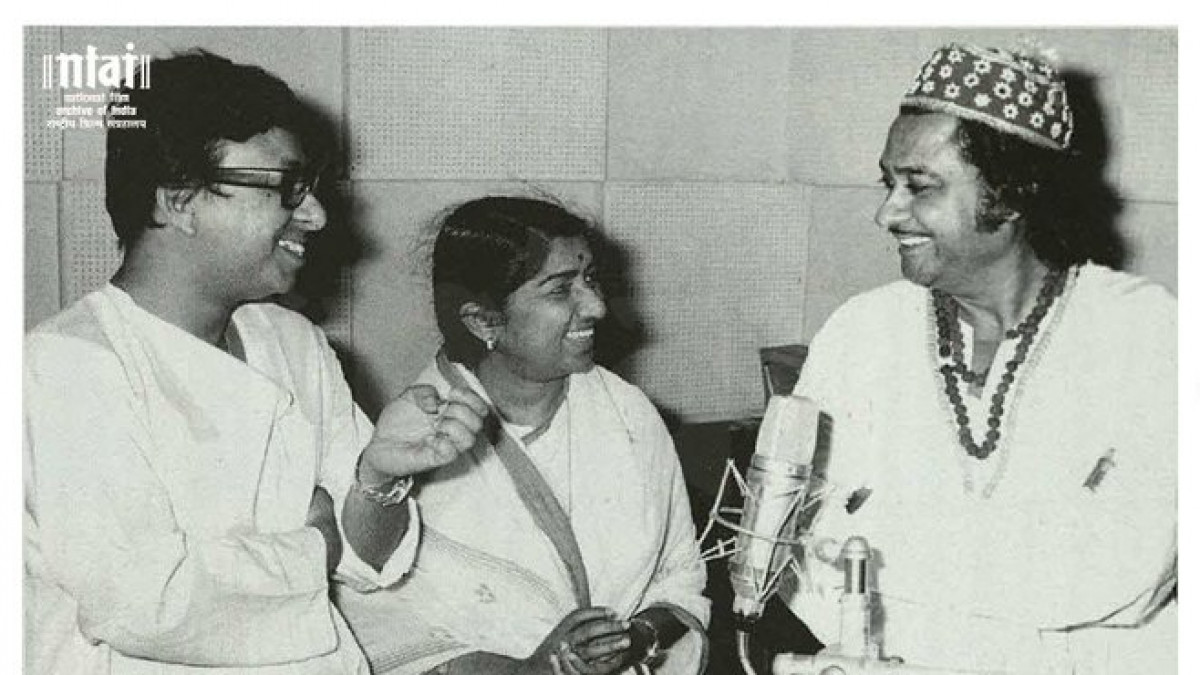 In an interview years ago, Panchamda said, "When I played the song in front of him, he promptly refused to lend his voice. Kishore said, No, I won't be able to sing it. Then, I asked why?

In the course of the interview, RD Burman said that when I insisted Kishore, he too became stubborn. "However, when I insisted, a relented Kishore asked me to first record the song with Lata Mangeshkar," disclosed Panchamda.

In fact, explaining Kishore 'stubbornly' reluctance to sing Mere Naina Sawn Bhadon.., Burman said the song was composed in Shivranjini raaga, which is well known as one of the most difficult raagas in the annals of India's classical music.

Speaking further Panchamda said, "When I informed Kishore that the song was composed in Shivranjani raag, he said, " raag ki aisi ki taisi, first let me listen to the song and I will by-heart it."

"But Kishore firmly said to me, let Lata Didi first sing the song. With no option left, I requested Lata Mangeshkar to first record the song. Lata sang it quite melodiously. Kishore then listened to the song for almost 7 days, and came to the studio to record his song," said RD Burman and then added that Kishore sang it beautifully.

"None one can say that he memorised the Lata version and sang it, it seemed he sang it out from his heart," said Panchamda.

It is well known in music circles that unlike Lata, Kishore Kumar didn't take any professional training in Indian classical music. But the magic he weaved in his memorable songs compelled one to call Kishoreda a god-gifted singer.

As per critics, the secret of Kishore's success seems to be that of listening to a song with full concentration, memorizing the same and then delivering the same with his touch of magic.

The theme of the story 'Mere Naina Sawan Bhadon' here is Lata Mangeshkar had been a guide for the wizards like Kishoreda.

While recalling her first meeting with Kishore Kumar, Lata Mangeshkar had said that she, for the first time, met him (Kishore), while going to Bombay Talkies.

It was the year 1948. Lata was travelling on a local train in Mumbai's Mallad. Kishore was also in the same coach and sitting beside her. Both de-boarded the train at Mallad station and walked towards Bombay Talkies.

While Lata was going ahead, Kishore Kumar walked behind her. 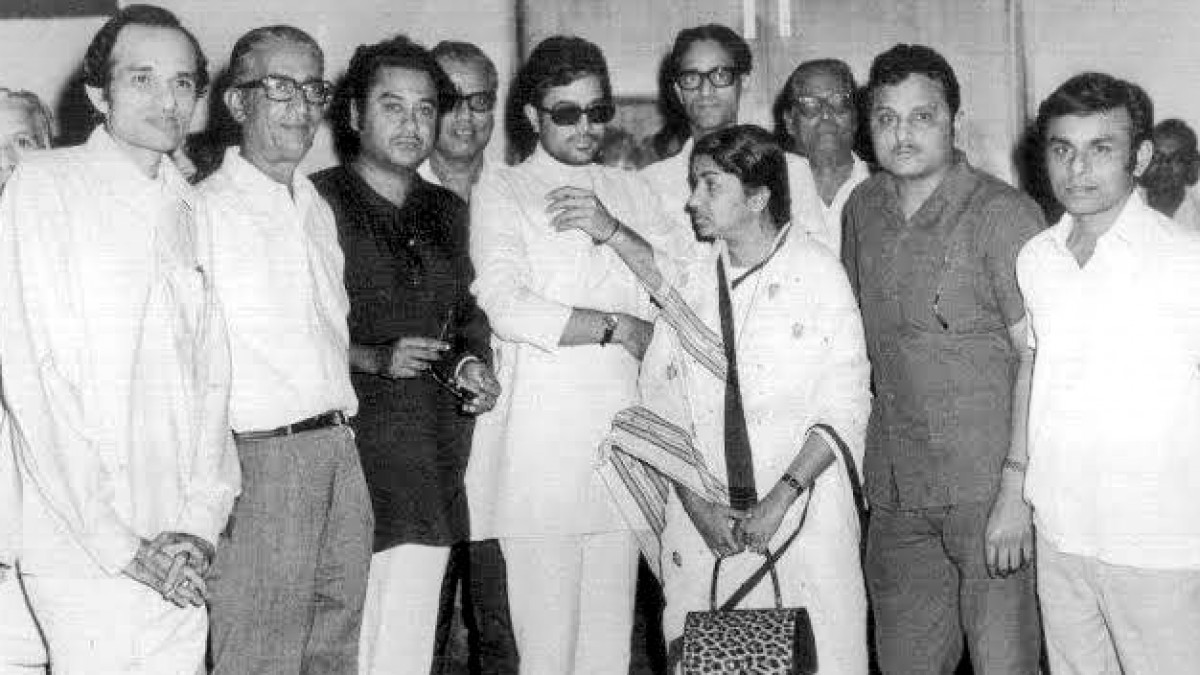 Even though Kishore's face was familiar then, Lata couldn't recall. As the road to Bombay talkies is a long distance from the station, Lata decided to take a 'Tanga' (horse carrier).  Even, Kishore had also hired a 'Tanga.'

The sequences made the Lag Ja Gale singer develop a thought that the man (Kishore) was following her. When she reached the studio, Lata complained about him to the music composer Khemchand Prakash.

Feeling quite amused, Prakash explained everything to Lata and introduced her to Kishore Kumar.  And on the same day, the duo recorded "Yeh Kaun Aya Re Kar Ke Sollah Singar" for Ziddi.

This was the beginning of their journey, after which they recorded several blockbuster songs that are still on everyone's lips.

In her musical journey, Lataji has several iconic songs to her name that remain evergreen till date.