In a reply to a number of the actual headcount of beneficiaries till date, the State Health Minister provided data on the number of times an individual availed Naveencare

Even as the Odisha government claims that a whopping 92.5 lakh households in the State will be given smart cards under the flagship scheme, Biju Swasthya Kalyan Yojana (BSKY), the State health department seems to have no clue about the actual number of hospitalisations to date under the scheme.

Submitting a written reply in the State Assembly on Monday, Odisha Health Minister Naba Kishore Das provided very sketchy details about the total hospitalisation taken place in the State under the flagship scheme touted as 'Naveencare'.

To a question by Loishinga BJP MLA Mukesh Mahaling over the number of male and female beneficiaries under BKSY, Das gave a very opaque reply.

"As of date, males in the State have availed the BSKY for a total of over 7.54 crore times and females benefitted by 9.22 cr times," said Health Minister Naba Das. (see the image below) 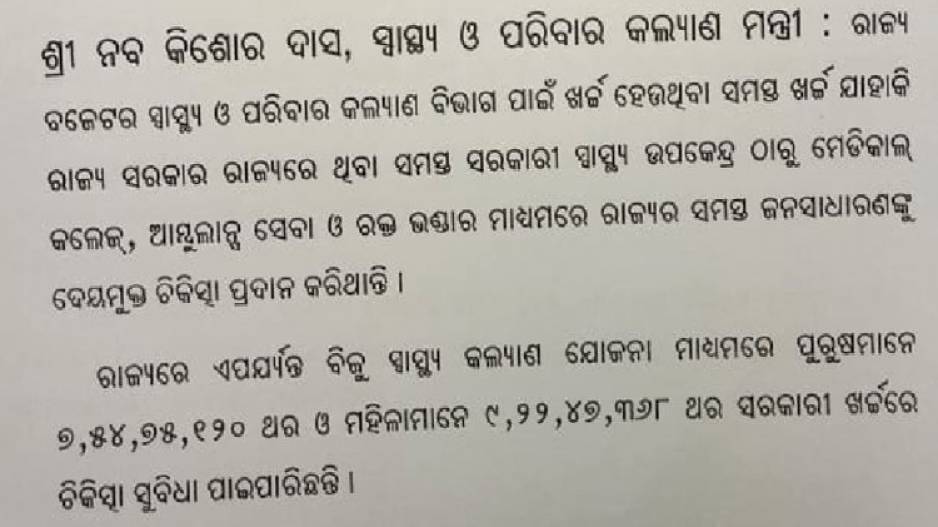 The statement of the State's Health Minister can be read as BSKY has been availed for a total of over 16.76 crore times in Odisha. The answer of Health Minister Naba K Das has no data on headcount hospitalisation beneficiaries, rather it provided information regarding the number of times BSKY (means number of hospital visits/admissions by an individual) was availed in the State.

As per the data available with Odisha Health Department, in the year 2020-21 alone, the hospitalisation cases in Odisha were a total of over 22.4 lakhs. The data further indicated that the number of OPD attendance in the State was over 5.17 crore. It also shows a total of over 4 per cent of OPD patients had gone for hospitalisation last year.

A thorough glance at the OPD and Hospitalisation numbers underline the fact of multiple visits or hospitalisation by an individual to treat the ailment.

As per the data with Union Health Ministry, the authorised hospital admissions under the Ayushman Bharat (AB) scheme since its inception have been 2.11 crore, including around 4 lakh Covid-19 hospitalisation.

The total Modicare smart cards issued as on Sept 6 stood at over 16.38crore when the number of beneficiaries eligible stands at around 50crore.

A glance at the AB numbers shows only the hospitalisation data, not multiple visits by an individual.

Another written submission by Odisha Health Minister Naba Kishore Das on the floor of the House yesterday with regard to Modicare Vs Naveencare dropped the big hint about the actual BSKY data tabled in the State Assembly. (see the image below). 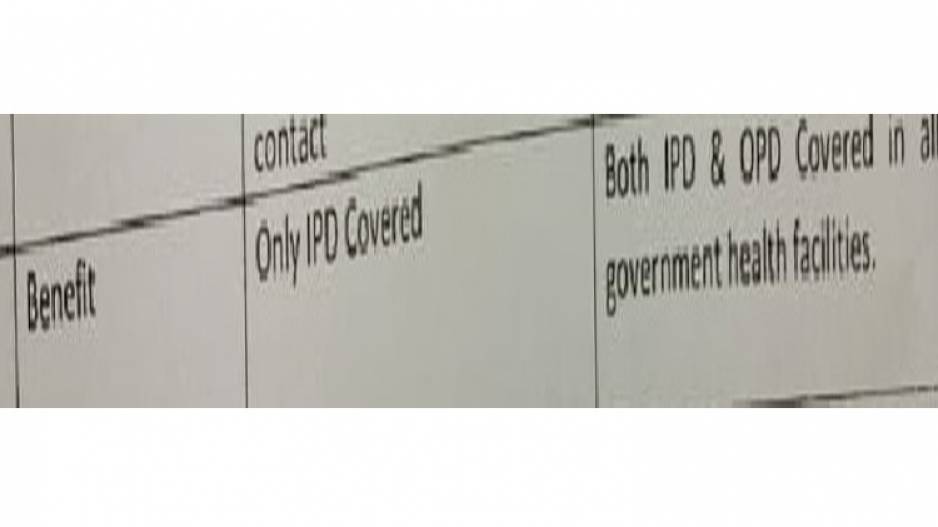 Naba Kishore Das On BSKY
This statement of the Odisha Health Minister shows that the OPD visits have been included in the BSKY beneficiaries when it is a well-known fact that in India, OPD care, especially diagnostic services, provided in government hospitals are free of cost for the families covered under the National Food Security Scheme.