A nip in the Odisha air will be witnessed as the morning surface temperature in the western, central and southern Odisha will drop to 20 deg C on Oct 21 from around 24 deg C on Sunday (Oct 17)

Moderate Rainfall In Some Coastal Districts

Odisha is witnessing the last rain spell of this Monsoon. No more heavy rain spell in any districts in the State from past midnight today, though the skyline of Odisha will remain cloudy accompanied with some light rainfall at few places for the next 50 hours.

A look at the satellite map shows the monsoon trough line from west-central India passing over Odisha (between Puri - Jagatsinghpur) into the Bay of Bengal and extending over to Myanmar (see the image below). 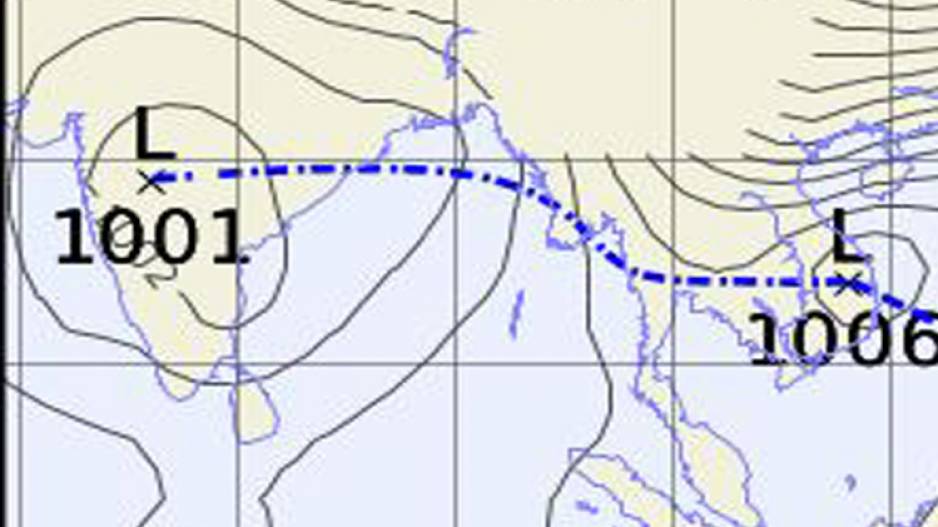 Cloud patches are seen over Berhampur to Jagatsinghpur. Midnight moderate shower likely in Kendrapada and a drizzle in Jagatsingpur. (see the main image)

The autumn skies will be on full display in the State from October 21. A nip in the Odisha air will be witnessed as the morning temperature in the western, central and southern Odisha will drop to 20 deg C from around 24 deg C on Sunday (Oct 17) and Monday (Oct 18), as per the ACCESS- G3 data.

All the weather models display a rare unanimity. The Monsoon 2021 is predicted to withdraw from Andhra Pradesh by October 22. A high-pressure zone will form over Odisha, north Andhra Pradesh and Chhattisgarh by then, which will lead to clear skies and cooler days in the State.

The Northeast Monsoon is predicted to make onset over peninsular India from Oct 23. Kerala, Karnataka and Tamil Nadu are predicted to receive more low pressure induced rainfall from October 22. However, model forecasts show Kerala, which is hit by a major flood now, bearing the brunt.  The low pressure cell will shift to the southern Bay of Bengal.

However, if the model forecasts are to be believed, the system will move in the northern direction later. As a consequence, south coastal Odisha districts may see another heavy rainfall spell during the period of Oct 31 -Nov 2. The models indicate a pre-Diwali shower in some coastal districts in the State.

As per the regional met centre at Bhubaneswar, in the past 24 hours, Odisha had recorded 10.7mm rainfall, which 244 per cent over the normal rainfall. The 24 hr accumulated rainfall is measured highest in Balasore.