The Third Wave in India could have taken a toll on over 1 lakh lives. But Covishield and Covaxin have saved a massive 93k lives. For the vaccines, Odisha has prevented 673 Covid-19 fatalities in the State.

Detailing further, the SBI report says, " In order to understand the importance of vaccines, we tested a two-stage least square (2-SLS) panel model with 20-major states considering the daily data during the 3rd Wave, i.e, from 28 December 2021 to 31 January 2022."

"We then used the fatality rate on the number of cases arrived at, to get an idea on the number of lives saved during the 3rd wave of the pandemic if there was no vaccine available," the report then concluded.

As per the report, vaccines saved a high of 37k lives in Maharashtra and over 11k in Delhi. (See the state-wise chart below). 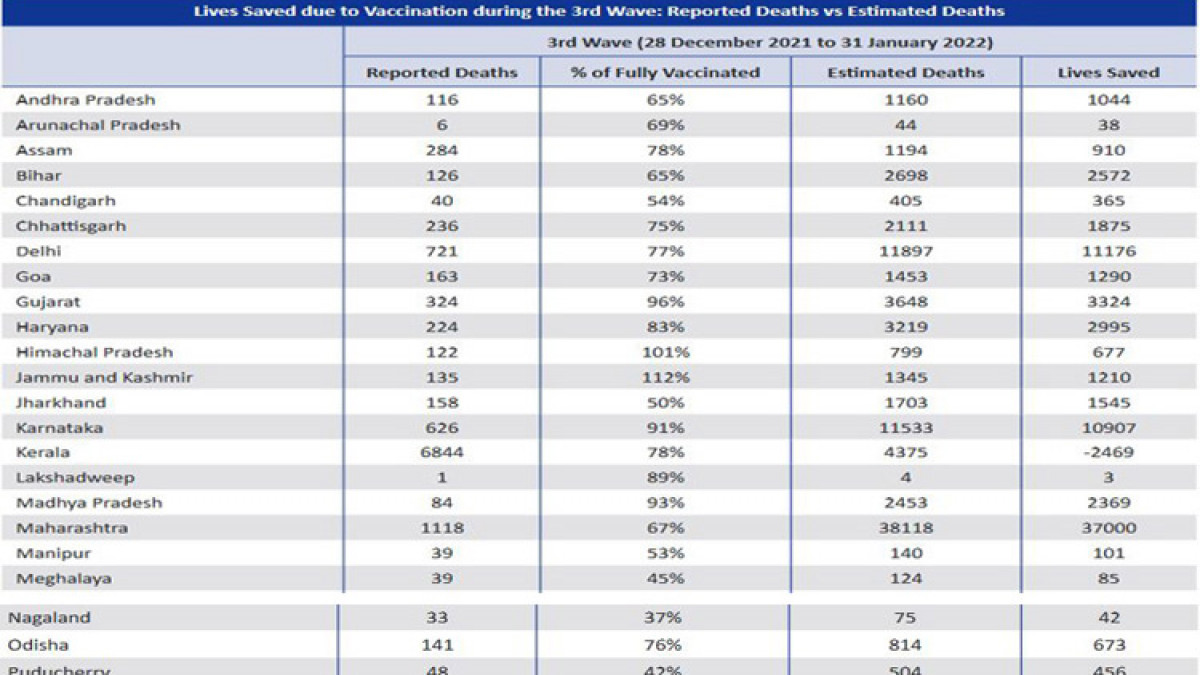 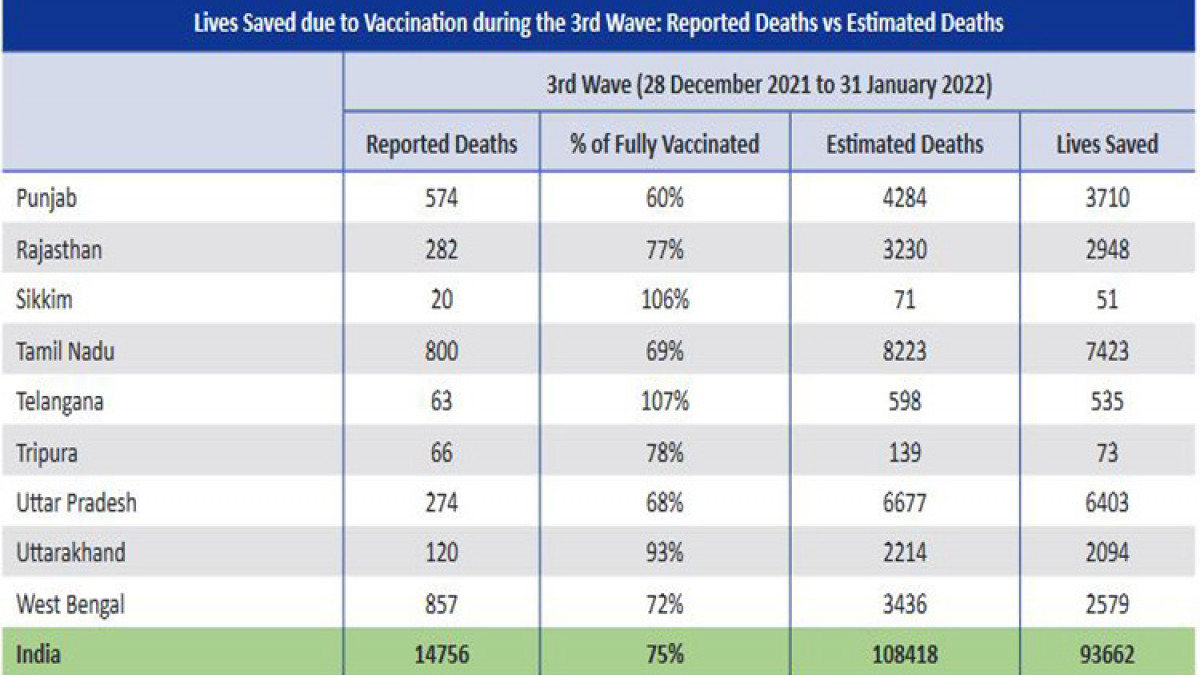 As per the SBI's 2-SLS model, the estimated deaths in Odisha during the third wave period of Dec 28-Jan31 could have been a high of 814. But the actual number of reported deaths by Jan end was 141. As a consequence, the report says the State has saved a total of 673 lives in the third wave.

The third wave has taken a toll on human lives. If the SBI report is to be believed, the fatality count in the State could have been much higher but for the vaccines.

As per Odisha Health Department data, Odisha had recorded 150 deaths in January and a whopping 347 fatalities between Feb 1 and 18.

In contrast, the month of December 2021 had recorded only 47 Covid-19 mortalities.

The above Covid-19 toll chart in Odisha clearly hints at a rise in pandemic deaths in the State during the third wave.

Deaths In First Vs Second Vs Third

A cursory glance at the data available with the State Health Department, Odisha had recorded nearly 1780 deaths during the peak of the First Wave.

In the Second Wave, the official data shows that the State had recorded 6,094 deaths during the peak period of the disastrous wave.

The above comparison shows that the total Covid-19 mortalities in the State has been lowest in the Third Wave.

In contrast, the fully inoculated population in the State during the peak of the third wave was a massive 76 percent.