A plan to re-work the in-sufficient drainage network in the State's Capital has been hanging fire since 2011-12.

Nearly a decade (2011-2021) has passed. Odisha's Capital City still goes underwater in September, whenever the top smart city recorded moderate to very heavy rainfall in a span of only 24 hours.

The Civic authorities claimed this rain is unprecedented, hence was such chaotic scenes of urban flooding.

Here is a reality check: July 2018: The capital city recorded a very heavy downpour (220mm rainfall in less than 18 hours). And the scene of deluge dominated then.

A plan to re-work the in-sufficient drainage network in the State's Capital has been hanging fire since 2011-12.

Under the AMRUT scheme, an assessment of stormwater drainage was carried out under the SLIP (service level improvement plan).  Even, the Ministry of Urban Development's (MoUD) City Sanitation Plan in 2017 had put the glare on poor stormwater drainage system in the Smartest City. But all these assessments were to no avail, as the large-scale urban flooding witnessed on Sunday-Monday provided a reality check.

Why Capital Sinks In Rainwater? 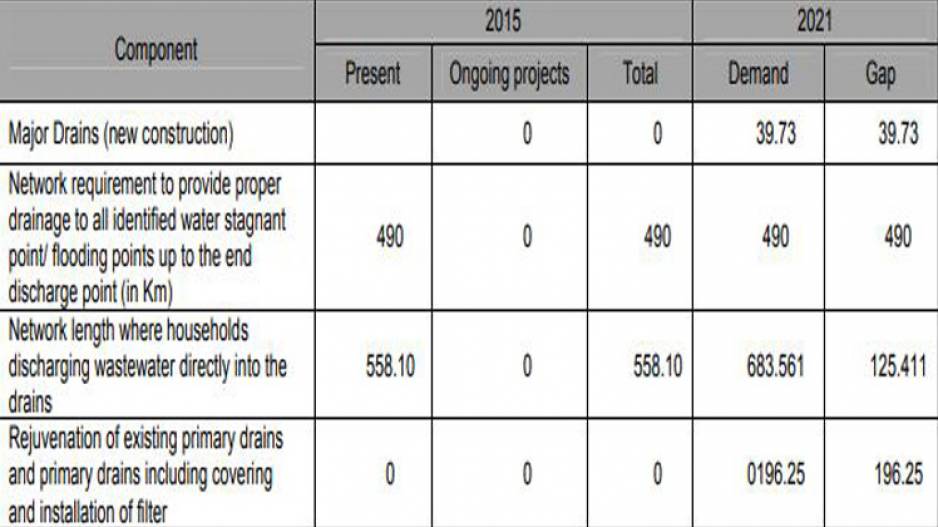 The report reveals the locations in the City where the stormwater mixes with sewer water and during peak rainy season, the stinking scenes of waterlogging put the Smartest City into chaos. Check the locations where the unhygienic waters overflowed on the roads during the last 48 hours.

The Capital City has nearly 2-dozen flood-prone points. Check the areas below.

As per the report, in the above areas, 53 meters to 65 meters stretch of the drains are prone to choking due to solid waste.

During the year 2011-12, under Central Government's  UIDSSMT (Urban Infrastructure Development Scheme for Small and Medium Towns) Scheme, a DPR (Detailed Project Report) was prepared by the BMC and submitted to the Odisha Urban Development Department. However, the project had not been initiated till 2017. The DPR was prepared to cover nearly 60.03 km of the primary (main) drain, And the claim then was, this project would solve the stormwater drainage management in the Capital City fully (100%)

If sources are to be believed, the envisaged project has been lying in a dormant state for over a decade, despite the flow of funds under the Smart City Project. Land acquisition to widen the stormwater drainage project is yet to begin.

"In order to put a full stop on the deluge chaos, the city would require branch drains over the existing drains to connect to the main drain. Only this will ensure 100 per cent coverage of stormwater drainage system in the State Capital," quipped a former BMC Commissioner.