Even as Odisha is predicted to record heavy rainfall for the next 72 -hrs under the influence of a trough line that is extending to north Odisha from the centre of the low pressure area in Tamil Nadu, the State will be recording extremely to very heavy rainfall on November 18 and 19.

The fresh low pressure area is going to take shape on Nov 15 over the south Andaman seas (see the image). 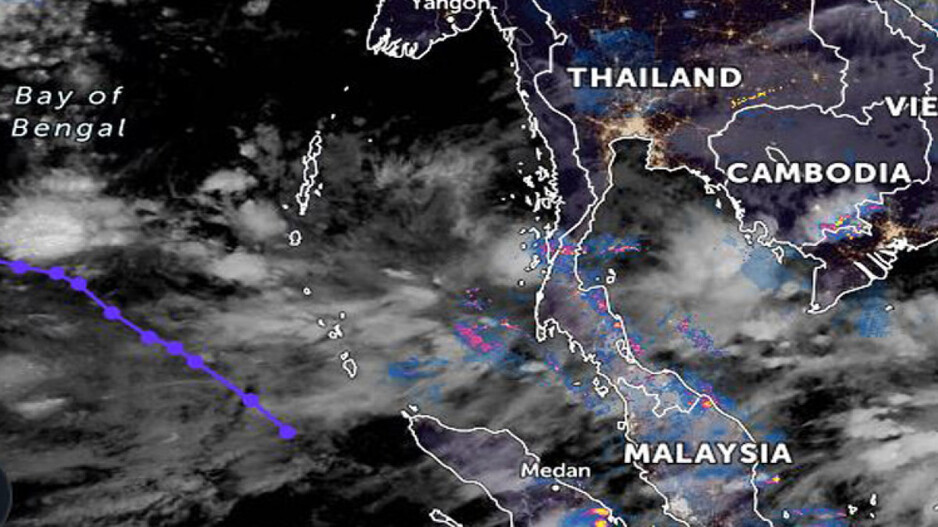 The ECMWF has forecast rainfall in the range of 1-6mm per hour in the whole of the State in the afternoon hours on Sunday. Few places in districts like Cuttack, Dhenkanal, Angul, Sundargarh, Balasore and Mayurbhanj will record nearly 6-7 mm/hr rainfall on Nov 14.

A light drizzle forecast is made for the south coastal districts in Odisha, including State Capital city and Cuttack during the noon hours on November 15.

A glance at all the leading Met models reveals a unanimous forecast of depression or deep depression hitting the Andhra Coasts on and around Nov 19-20. Moreover, the predicted landfall place has been between the coast of the Guntur and Krishna districts.

As per ECMWF and NCEP-GFS, the intensified system will cross the coast between Guntur-Krishna districts (around Machillipatnam) on Nov 19 between 5 am -12 pm.

On the contrary, the IMD numerical model predicts that the system will be crossing the land close to the Vishakapatnam coasts.

While NCEP-GFS forecast extremely heavy rainfall in Andhra Pradesh and Chhattisgarh (after it crosses over to the neighbouring state), the ECMF predict very heavy rainfall on Nov 18 in the Odisha districts like Gajapati, Koraput, Rayagada, Ganjam, Nuapada, parts of Kalahandi and Kandhamal.

The IMD model also has made a forecast on the lines of ECMWF. As per the IMD forecast, the above-mentioned districts may record accumulated rainfall in the range of 20-40 mm on Nov 18. And Balangir may record 40 mm rain on Nov 19.

However, the NCEP-GFS rain forecast predicts only 2-9mm rainfall in the above-mentioned districts on Nov 18. The US model predicts extremely heavy rainfall 125-175 mm on Nov 19 in the Krishna district and adjacent places in Guntur and West Godavari districts. The forecast shows around 25-35mm rainfall in Vishakapatnam on Nov 19.

The NCEP-GFS model predicts the system intensifying into a cyclone on its way towards the Andhra Pradesh coasts. However, the system will weaken into a deep depression prior to landfall on the Andhra coasts.

The wind speed predicted by NCEP-GFS has been in the range of 50-70km/hr around Andhra Pradesh coasts. And the ECMWF puts the speed at around 40-60km/hr.

Both the models predict around 30-40 km/hr wind speed along the south Odisha coasts on Nov 19.