Urfi Javed patches up with ex-boyfriend?

Urfi and Paras recently attended a friend’s birthday party and were seen hanging out together after the party.

Social media diva Urfi Javed is often in news for her quirky fashion. However, lately, the internet sensation is grabbing the headlines for her love life.

Urfi and her ex-boyfriend Paras Kalnawat were spotted together once again, raising rumours of their patch-up.

Urfi and Paras recently attended a friend’s birthday party and were seen hanging out together after the party.

The Anupamaa actor also posted a picture of their hangout on his Instagram stories tagging Urfi.

The ex-couple was seen enjoying some juice as they posed for the picture with one of their friends. Urfi also shared Paras’ post on her Instagram stories. 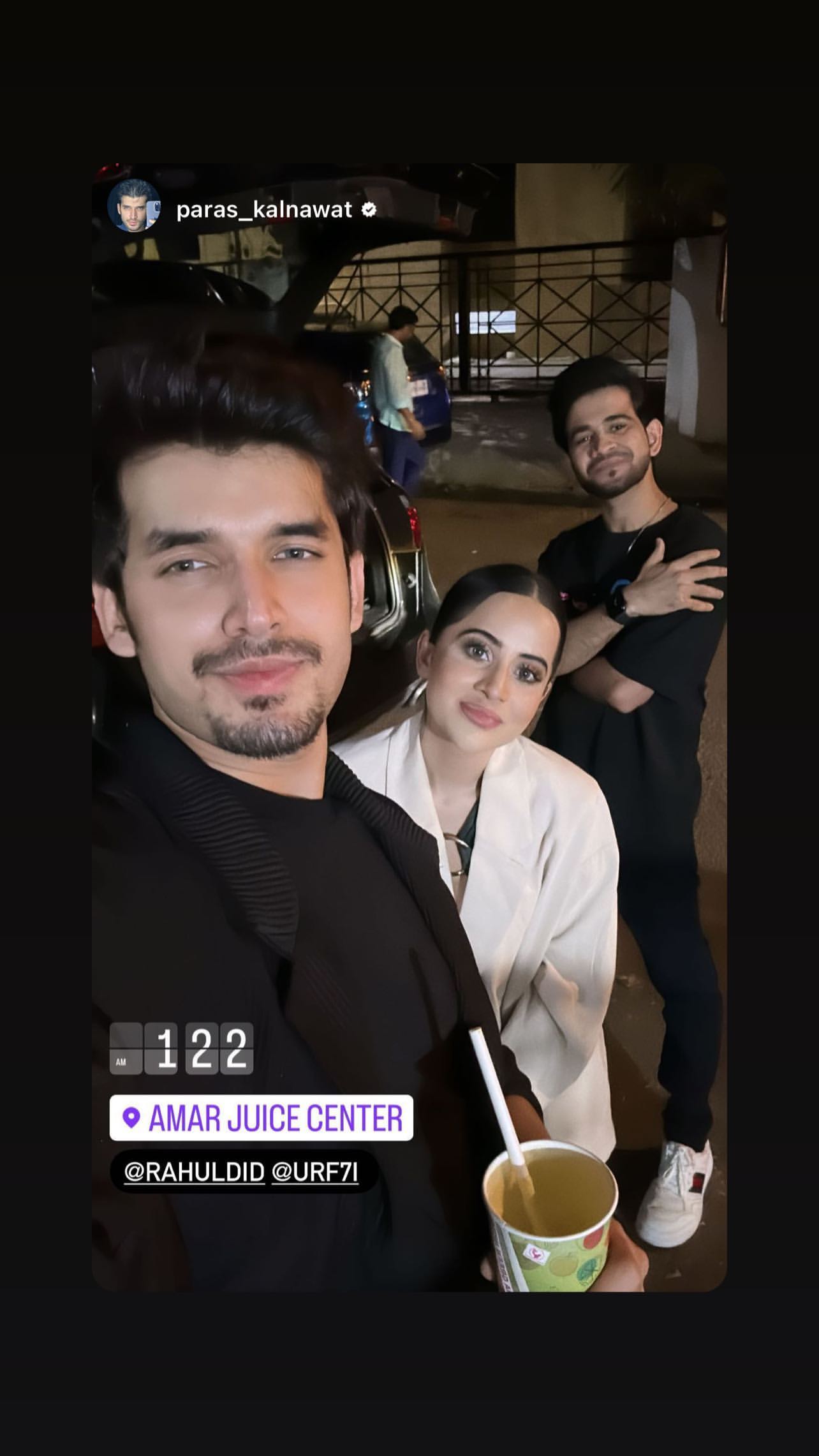 Notably, their patch-up rumours surfaced after Paras attended Urfi’s 25th Birthday bash. They were seen having a gala time at the party. The actress shared several photos from the party, and what stood out the most was Paras' presence in it.

This was the first time that Paras and Urfi were spotted together after their ugly breakup.

Paras had also posted a sweet message for Urfi on social media by sharing a cute picture of them in which he can be seen lovingly hugging Urfi. 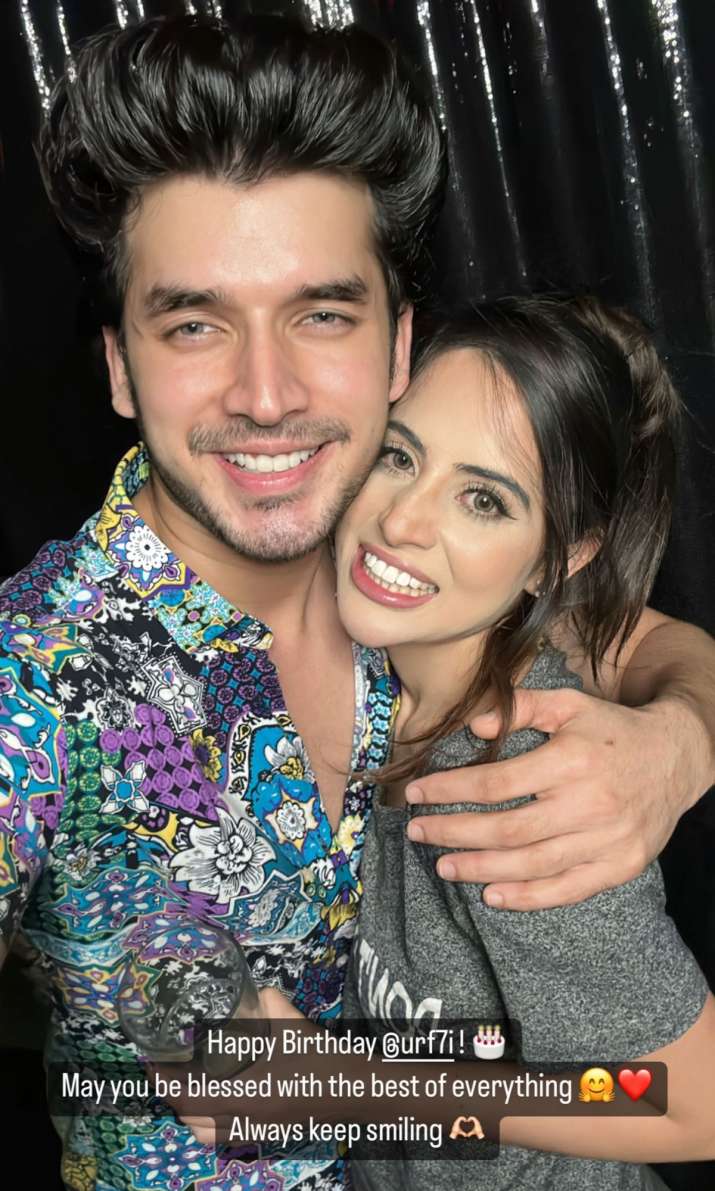