Raj Anadkat, who portrayed the role of Tapu confirmed his exit from the popular show.

Amid the rumours of quitting Taarak Mehta Ka Ooltah Chashmah, Raj Anadkat, who portrayed the role of Tapu has finally opened up and confirmed his exit from the popular show.

He put all the rumours to rest and confirmed his exit from the longest running-show in a post on his Insta handle.

He wrote, "Hello Everyone, It's time to lay all questions and speculation to rest. My association with Neela Film Productions and 'Taarak Mehta ka Ooltah Chashma' has officially ended. It has been a wonderful journey of learning, making friends and having some of the best years of my career."

He continued: "I would like to thank everyone who supported me in this journey - The entire team of TMKOC , my friends, family and of course all of you. Everyone who welcomed me into the show and loved me as "TAPU ' Your love for my craft has always pushed me to give my best to each and every one of you, every single time. I wish the team of TMKOC all the very best for the future of the show."

"I'II be back to entertain all of you very soon. Keep showering your love and support,” he added.

Notably, for the past few weeks, Tappu was missing from the scene leading to speculation of rifts between Raj Anadkat and producer of the show Asit Modi.

However, Raj rubbished the rumours following which fans were eagerly waiting for his return to the show. However, with his latest announcement, many TMKOC fans and followers are heart-broken and sad.

Here are some of the fans’ comments on the post: 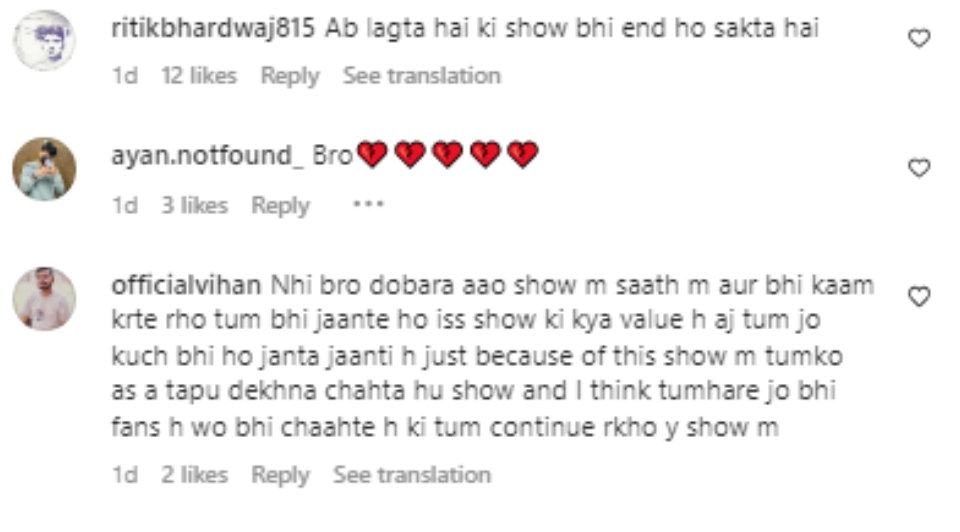 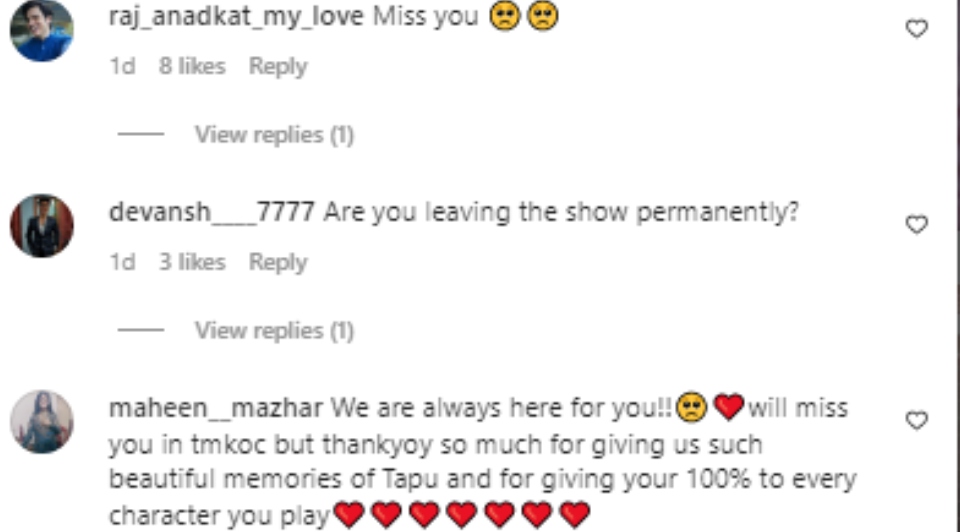