In another segment, Karan asked who is the sluttier sibling between the duo, to which Sonam said, "I don't even need to say, It's self-explanatory," which was certainly an indication towards Arjun.

Ponniyin Selvan I promotions: What Tollywood industry and stars must learn from the event

Ram Setu: Myths vs facts and things you must know

Bollywood actress Sonam Kapoor recently appeared on the celebrity chat show Koffee With Karan: Season 7 with her cousin Arjun Kapoor. On the occasion of Raksha Bandhan, the siblings graced the show as guests. Answering the questions of host Karan Johar, the siblings revealed several secrets.

While Arjun revealed about his girlfriend Malaika Arora and their relationship openly, daughter of evergreen actor Anil Kapoor, Sonam made some revelations that were shocking for fans as well as tickled the funny bones of many.

However, Sonam's remarks toward her debut co-star Ranbir Kapoor have left many shocked and baffled. Of course, such remarks for Ranbir, with whom she made her debut in Saawariya, are utterly shocking. 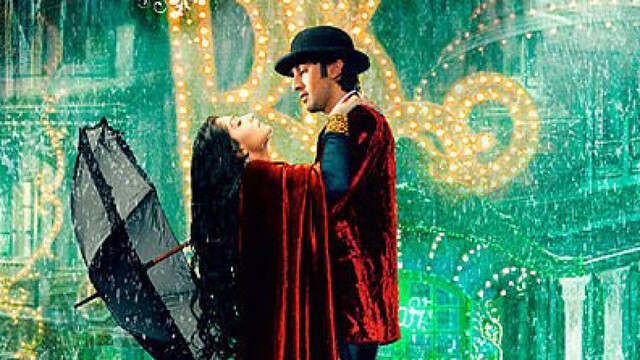 When Karan asked Sonam who is the most happening actor in Bollywood right now, the Raanjhanaa actress named Ranbir. She also went on to say, "I still feel Ranbir is the best right now."

Speaking about the reason, Sonam said, "Because I am seeing him everywhere. He is promoting some film right now," and when asked about the film, she guessed 'Shiva No. 1' which is Brahmastra: Part One- Shiva.

Well, this didn't go well with the netizens. Roasting the actress, many lashed out at Sonam.

One user commented, "She is still the biggest hater. she thinks she is hiding her jealousy by being “funny” but we can see right thru it !!"

Another said, "I bet she doesn’t know the names of the films she herself performed in Lmao"

"When pregnancy hits on your head😂😂😂," said another.

Another user wrote, "She should never open her mouth... She disrespects everyone"

It was not just her friend Ranbir; she also talked about some other actresses in a disrespectful way that drew ire of many.

"Genelia or Sameera or whatever! What a disrespectful way of speaking about others! What is this mannerless woman going to teach her kids?," said one user.

Another wrote, "Someone send her back to school so she can learn some respects for others cus clearly her parents were busy."

Even one user said, "Atleast other actresses are working hard unlike her.. just showing off her status and demeaning everyone else! How cheap!"

The list of comments lashing out at Sonam was quite long.

In another segment, Karan asked who is the sluttier sibling between the duo, to which Sonam said, "I don't even need to say, It's self-explanatory," which was certainly an indication towards Arjun.

During the sibling roast segment on the chat show, Arjun asked Sonam, “Have you ever slept with one of my friends?"

To this, Sonam replied she had not.

However, host Karan immediately jumped on to Arjun and fired the same question to which Sonam said, “Of course, he has. What? I know he has." Arjun also nodded his head as approval for the statement of his sister.

Furthermore, Karan went on to ask Sonam how many of her friends have Arjun slept with.

The reply of the 'Neerja' actress left both Karan and Arjun shocked. The Prem Ratan Dhan Payo fame said, “I am not discussing it, between my brothers, there’s no one left.”

Shocked over such a statement, Arjun yelled, “Is she mad? What are you saying Sonam?"

Salaar update in 2 days! Is it official teaser of Prabhas-starrer or about Yash's cameo?