Samantha Ruth Prabhu in the last few days has shared a few cryptic messages indicating her state of mind.

Yash19 to be announced on this date, know details

Post her separation from Naga Chaitanya, Samantha Ruth Prabhu is back in action after spending a few rejuvenating days with her friends in some holy places like Yumnotri in India. All through these days the diva kept her feelings under wraps and avoided talking to paparazzi about her divorce from Naga. But she continued sharing some interesting posts and messages that in a way indicate her present state of mind and the emotional struggle she is going through.

Today the Tollywood diva promoted Organise with Ease community with a video. However, the caption she added to the promotion was quite interesting. Samantha shared Marie Kondo’s quote, “Letting go is even more important than adding.

Another interesting quote was shared on her Instagram story that said that little by little what is meant for you will surely find a way to reach you. The Oh Baby actress has been under tremendous pressure with the way her relationship with Naga Chaitanya went downhill during the last few months. But even then she maintained her poise and refrained from making any negative comment on either Naga or his family. 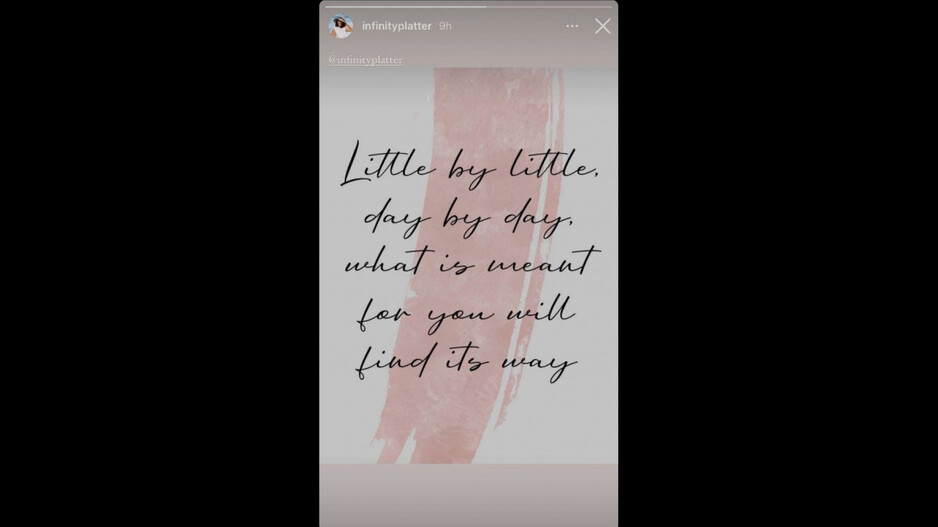 Hot On OTT: Web Series And Movies To Watch This Festive Season

The wise words of Robert Mckee shared by Sam as her Instagram story give an insight into her thought process and relates to the way she behaved during all this pressure. The quote says that a true character of a person is revealed with the way a person makes choices under pressure.

Work-wise, Samantha has already wrapped Shakuntalam and has now been roped in Srikanth Odella's directorial debut titled Dasara. The movie also stars Nani and Keerthy Suresh. Samantha is expected to play an important role in Dasara which is set in the coal mines of Singareni, Telangana. Samantha has already worked with Nani for Eega and Yeto Vellipoyini Manasu.