Pakistani actress in love with Aryan Khan, here's her confession

Kapil Sharma Vs Sunil Grover: Even when it comes to movies Kappu leads the way, here's why

BLACKPINK gets first No.1 album on Billboard 200 with 'Born Pink'

Is superstar Shah Rukh Khan, the DEV in Brahmastra: Part 2?

Shah Rukh Khan and Gauri Khan’s son Aryan have been in news ever since his infamous arrest in a drugs cruise case. But later, the Narcotics Control Bureau (NCB) gave him a clean chit.

Aryan Khan is gearing up for his Bollywood debut as a writer and director. The star kid is reportedly working on a web series and a feature film.

The Pakistani beauty seemed to be smitten by Aryan Khan and her latest Instagram story is proof of it.

On Wednesday, Sajal took to her Instagram Stories and shared an old sun-kissed picture of Aryan in a white t-shirt.

Sharing the pic, Sajal added Shah Rukh Khan and Anushka’s hit song Hawayein in the background with a red heart emoji to express her love. 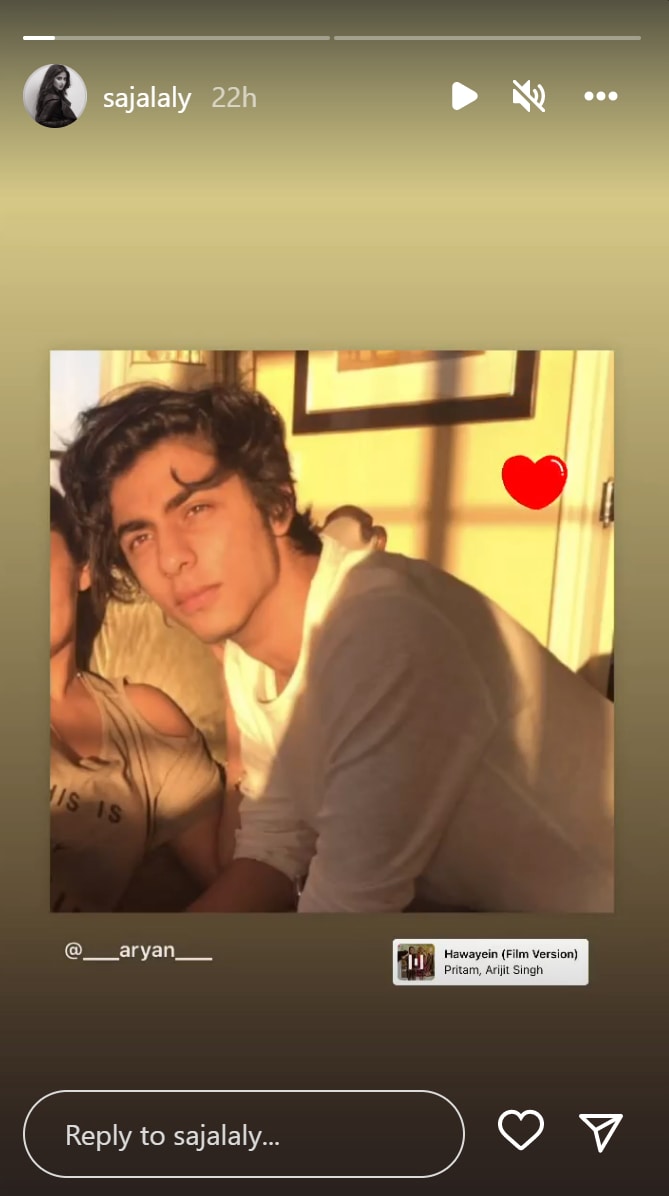 For the unversed, Sajal has worked in Bollywood movie Mom alongside Sridevi. She played the role of Sridevi’s daughter, Arya in the movie which was released in 2017.

On the work front, Sajal will be next seen in Shekhar Kapur's "What’s Love Got To Do With It". The film premiered at the 2022 Toronto International Film Festival.