Mouni has kept her relationship with Suraj very private and rarely seen together.

Bong Beauty and actress Mouni Roy is likely to marry her long-time beau and Dubai-based businessman Suraj Nambiar next year.

Mouni has kept her relationship with Suraj very private and rarely seen together.

However, a few photos of the couple have surfaced on the internet. Besides, on her birthday, Mouni openly expressed her love for Suraj as she shared his gift for her on Instagram. She captioned the image 'Both Mine, I Love You'. 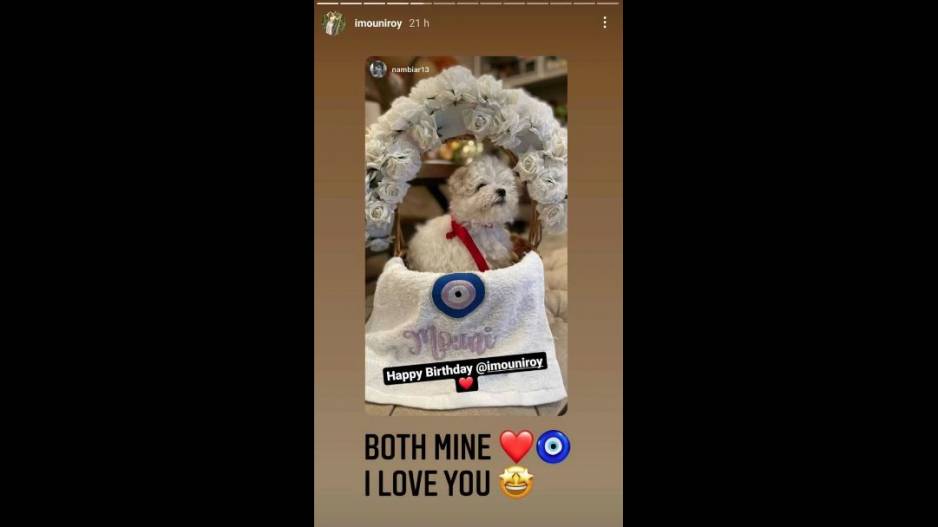 According to reports, Mouni's wedding will take place in January 2022 in Dubai or Italy. The Naagin actress will also have a function in her hometown in West Bengal for family and friends.

According to India Today, Mouni Roy's cousin Vidyut Roysarkar revealed details of her marriage to a local newspaper. claiming that the actress will get married to Suraj Nambiar in January 2022. He further said that the wedding will either happen in Dubai or Italy and hold a separate function in Cooch Behar.

Roysarkar also revealed that he and his family will also be attending the wedding of Mouni and Suraj.