KGF Chapter 2: This video of Yash with team will fill your hearts #watch

Earlier today, Hombale films, the production banner shared a video that showed different sculptures related to the KGF world. While one of the sculptures showed Rocky's iconic pose carrying a hammer on his shoulder.

KGF Chapter 2: This video of Yash with team will fill your hearts

Kannada-origin movie KGF Chapter 2 went on to break several box office records of Indian cinema. Prior to the monstrous success of KGF 2, Rocking Star Yash became a household name as Rocky Bhai with KGF Chapter 1. Post the success of both the parts of the KGF franchise, fans are now eyeing for KGF Chapter 3 updates.

While rumours and several reports were abuzz regarding KGF 3, the makers recently clarified that it is not happening soon. Even certain reports claimed that Yash will not be commencing shooting anytime soon for any movie while buzz gained momentum about Yash19 likely to be helmed by Narthan.

Even 2 months after its release, fans are yet to get over the hangover of KGF 2. Meanwhile, a video is circulating on different social media platforms claiming to be of the last day of shooting.

The video shows Yash and Prashanth Neel giving each other a warm hug in presence of the entire crew. As a gesture of gratitude, Rocky Bhai also took a bow and folded his hands. Unstoppable claps and whistles can be heard from the background as the entire crew seemed to be quite energetic and happy.

The emotional moment is quite similar to that of a school or college farewell. Even such scenes are quite obvious on the day of shooting completion when the entire crew celebrates the achievement while remembering the days spent together.

For diehard fans of Yash...

Earlier today, Hombale films, the production banner shared a video that showed different sculptures related to the KGF world. While one of the sculptures showed Rocky's iconic pose carrying a hammer on his shoulder, the others showed his bike, the machine gun badima (M1919 American Made Browning Machine Gun) and more.

The caption for the video read, "Expanding & Electrifying the #KGFverse with India's first-ever Movie Collectible series! Own your #KGF movie avatars from @SILAIISculpture"

If you are a die-hard fan of Yash and a staunch admirer of the KGF series, you certainly won't miss out to bag one of those sculptures. 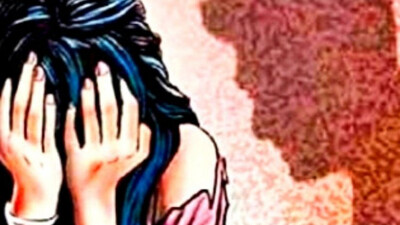