Sanju Baba, of course, will dub his voice in Hindi. But as the high-octane movie will release in multiple languages including Kannada, Telugu, Tamil, and Malayalam apart from Hindi, voice artists or other actors will lend their voice for Adheera for non-Hindi versions.

KGF Chapter 1 is now being counted among the big blockbusters from the Kannada film industry and is probably the first film to enter into Rs 200 Crore Club worldwide. Fans and movie lovers are yet to overcome the hangover of the 2018 blockbuster movie KGF Chapter 1 though the movie has already completed more than 2 years.

Fans got only a glimpse of Sanju Baba as Adheera in 2020 on his birthday, i.e. July 29. However, a bit more was learned about the antagonist from the teaser. All are quite excited to learn how Rocky Bhai will rebuild the KGF empire and witness his faceoff with Adheera, Inayath Khaleel, Ramika Sen and the government.

Though the makers haven't yet announced the final release date, which they will be doing very soon, the team has packed up the shooting.

However, as per a recent statement of the sound designer, the makers are in search of Adheera's voice.

Sanju Baba, of course, will dub his voice in Hindi. But as the high-octane movie will release in multiple languages including Kannada, Telugu, Tamil, and Malayalam apart from Hindi, voice artists or other actors will lend their voice for Adheera for non-Hindi versions.

As stated by the sound designer, the makers have already finalised the voice artists for Telugu, Tamil and Malayalam languages to dub for Adheera, but they are yet to finalise the voice artist to dub Adheera's voice in Kannada.

The video was released on June 23 on a YouTube channel- Dashu Music.

Further, the sound designer added that all voice artists, as well as original artists, dub their voices at their studio in Bangalore.

This revelation by the sound designer probably is a hint of why the makers are making a delay in announcing the final release date.

As reported earlier, makers have planned for an introductory song for Adheera and the Bollywood actor will get a dashing entry with huge background scores and a powerful song that may dominate Rocky's introductory song.

As per the latest industry buzz, the makers may release the introductory song for Adheera on July 29 this year to mark the birthday of Sanju. However, there is no official statement regarding the buzz.

Moreover, Sanjay Dutt dropped a video on his official Facebook page on Sunday with the caption: " Something villainous is on its way." The post also included a hashtag: #HeroNahiVillain. 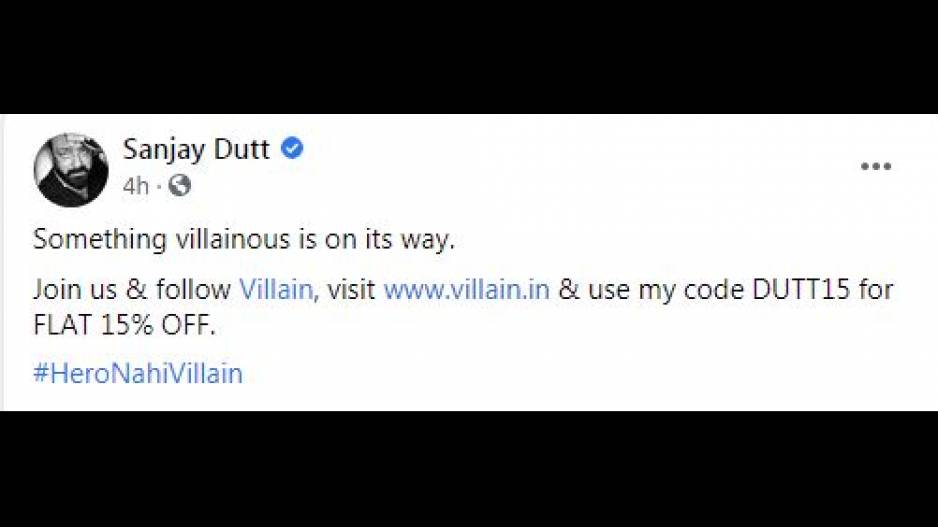 Though the video is of a product promotion (clarified in the video post), it seems like the caption might be an indication to the latest buzz in the industry.

However, all need to wait patiently to learn the truth.