The Rustom actress posted her picture in which she is seen flaunting her curves. She even talked about how she deleted applications which make one look 'toned' and 'slimmer'.

Bollywood actress Ileana D'Cruz is well aware of the best ways to make it to the headlines. Being an active social butterfly, Ileana keeps her social media page fresh. The actress might have adopted this method to keep her followers engaged or it might be to kill her own 'lonely' time. However, each and every post of the actress is a visual treat for her fans.

While, recently the actress stunned everyone with her post turning a 'badass' in a bridal getup, on Friday fans went into frenzy after she shared a picture of herself in a red bikini.

Ileana has talked about body positivity as she says she is celebrating every inch and curve.

The Rustom actress posted her picture in which she is seen flaunting her curves. She even talked about how she deleted applications which make one look 'toned' and 'slimmer'.

The actress wrote alongside the powerful picture: "So easy to get sucked into apps that get you alter body so effortlessly to make you look 'slimmer','more toned' etc etc. Proud of the fact that I've deleted those apps and chosen this instead."

"This is me and I am celebrating every inch, every curve, all of me."

Though Ileana seems to have put on some weight, from the pic, fans loved it and showered love for the actress. Several of her fans appreciated her daring move of sharing such a pic and admitting to using mobile apps that made her look slimmer.

The elated actress also took screenshots of the comments she received on her story. Well, barely, there may be an actress who will dare to share such a pic while riding on success. 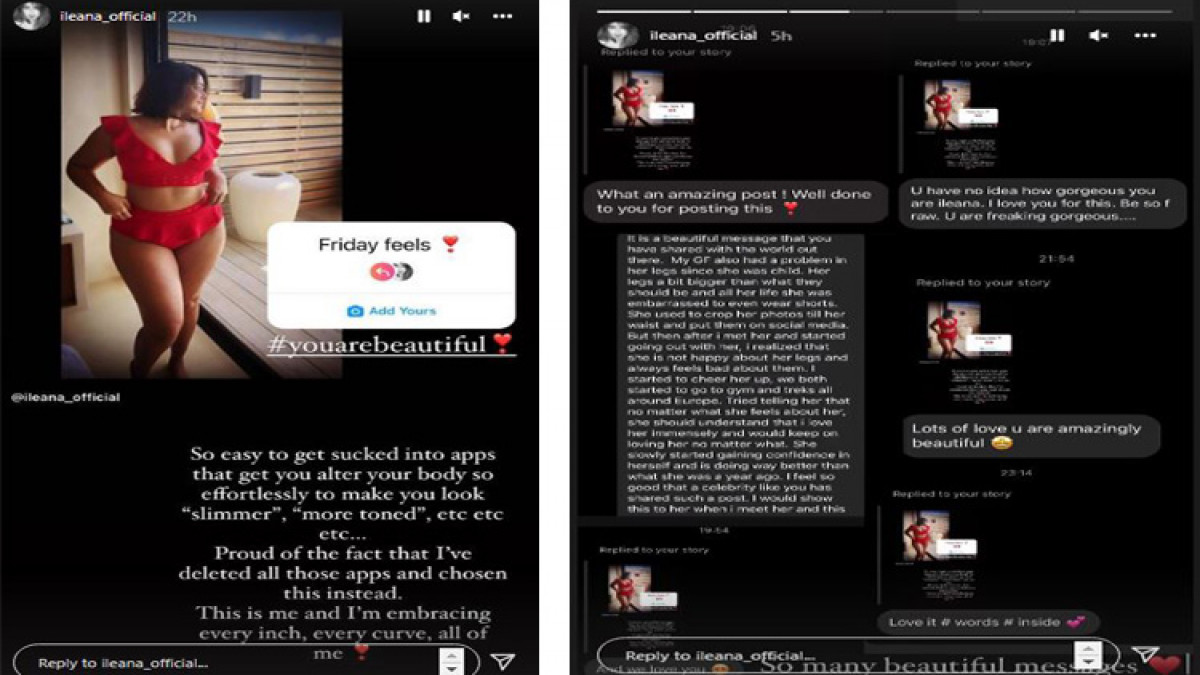 Ileana will next be seen in 'Unfair N Lovely', a comic take on India's obsession with fair skin. The film is set against the backdrop of Haryana and features Ileana opposite Randeep Hooda.

She also has a film with Indian-American sensation Sendhil Ramamurthy, Vidya Balan and Pratik Gandhi. It is a romantic comedy-drama film.