South star Dhanush on Monday announced separation from his filmmaker wife, daughter of megastar Rajinikanth, Aishwaryaa Rajinikanth after 18 years of marriage. The news took everyone by surprise.

Dhanush (38) and Aishwarya (40) had tied the knot in 2004, and are parents to two sons- Yatra and Linga. The couple announced their separation on their respective social media accounts.

It was the second South celebs divorce in the last few months. Samantha and Naga Chaitanya had earlier announced divorce in October 2021. The actors had also then issued statements ending their nearly four years of marriage.

Too Soon To Say Omicron Will End Pandemic: Fauci

Meanwhile, director Ram Gopal Varma has made some shocking comments on Twitter. He said 'star divorces are good trendsetters to warn young people about the dangers of marriages'.

In a series of tweets, Varma wrote: "Nothing murders love faster than marriage ...The secret of happiness is to keep loving as long as it remains and then move on instead of getting into the jail called marriage... Love in a marriage lasts for lesser days than the days they celebrate it, which is 3 to 5 days... Smart people love and dumbos marry." 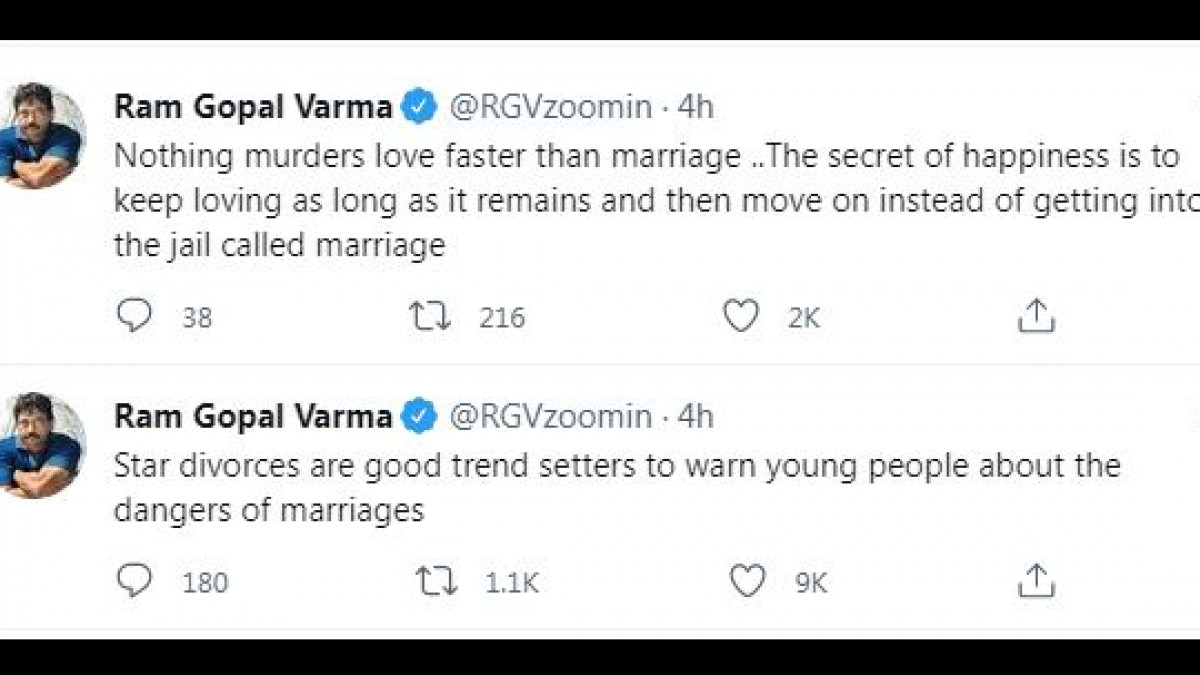 He further wrote, "Only divorces should be celebrated with sangeet because of getting liberated and marriages should happen quietly in process of testing each other’s danger qualities... Marriage is the most evil custom thrust upon society by our nasty ancestors in promulgating a continuous cycle of unhappiness and sadness." 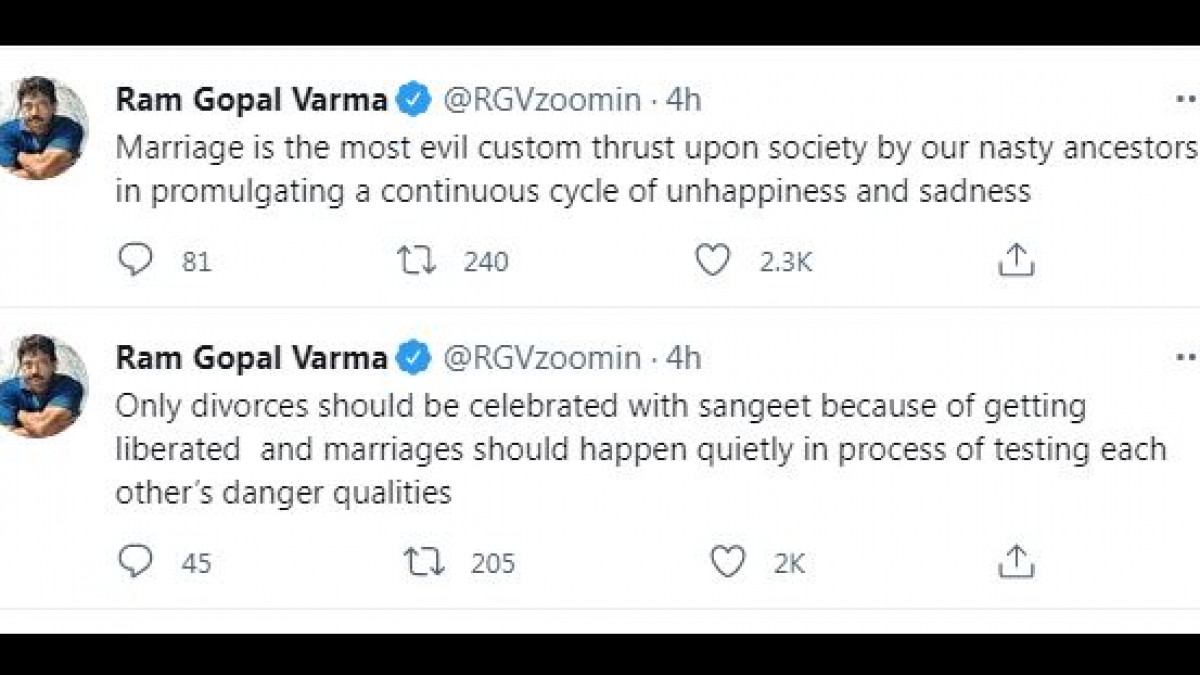 However, RGV's comment didn't go well with netizens who lashed out at the director for his 'derogatory' comments. "I think you too have children's who are too get traditional marriages and try not to insult ancestors who made healthy customs to follow and not misuse the word marrige system in the human society, and Marriages are made in heaven. Respect the system," wrote a Twitterati.

You are delebrately prompting divorces in the society.I think you know more about Indian culture..
I think this in not fair, give some alternate ways to younger generation so that they can be more happily live their life.