Actress Archita learns Urdu for her next; Know more about her character

This will be the second time that Archita will be donning the black robe of a lawyer in a film.

After a brief hiatus, Ollywood’s most sought-after actress Archita Sahu has made a grand comeback with the taut drama in which she will be seen in an altogether different avatar.

Archita will be seen donning a lawyer’s role in the upcoming movie 'Mahisasura' produced under Tarang Cine Productions.

This will be the second time that Archita will be donning the black robe of a lawyer in a film. Archita had essayed the character of a lawyer in Odia movie 'A Lo Mora Kandhei'. Besides, for the first time audience will see her as an Urdu-speaking Muslim girl, who will be seen donning a burqa.

She was recently seen shooting some intense sequences for her upcoming film. The actor gets candid with OTV and reveals more about her character...

About her role in the flick which will be released during Dussehra, Archita says, “I had portrayed Hindu girls in my movies and for that, I never needed much preparation. For the first time, I will be seen essaying a Muslim girl named Sabana. Urdu speaking was not an easy task for me and I had to practice a lot to get the accent correctly. I have tried my best to give justice to my character." 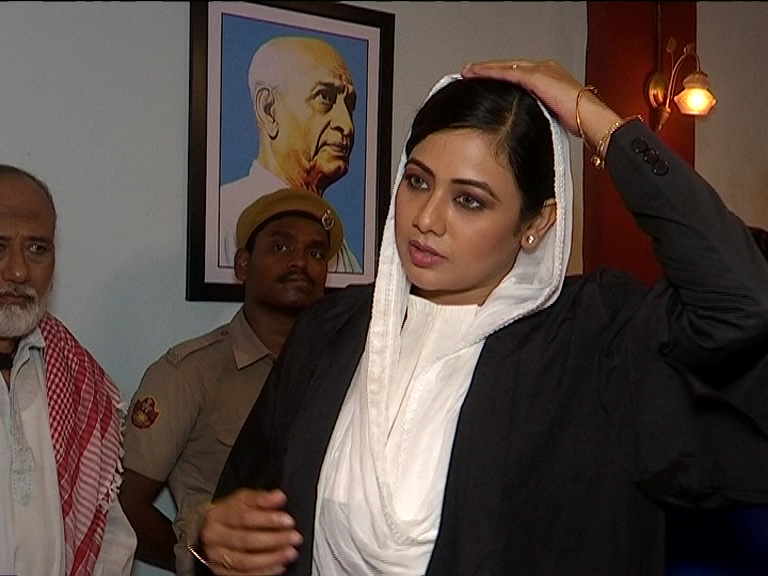 Further, she added, "I had portrayed the character of a Christian girl in Sushant Mani’s Chocolate and earned kudos from cine lovers across the state. I am hopeful that the audience will appreciate Sabana and shower their love. Let’s hope for the best.”

Briefing about the story of the movie and her character, Archita says “We have a misconception about Muslims that all Muslims are hardliners which is not true. Mahisasura is based on that theme. My character Sabana Begum will be seen fighting for truth and going to any extent to win over evil. Though Sabana is simple by nature, she never refrains from fighting for her rights. I can divulge this much.”