While some state boards have already announced dates, CBSE and CISCE are expected to announce the same soon

Students writing an exam in a school

Students across the country are currently dipped in preparations for the board exams, both Class 10 and 12, which play an important role in future prospects of a candidate.

Different state boards apart from CBSE and CISCE are also bracing up to hold the examinations smoothly as per the schedule so that the results can also be announced on time.

While some state boards have already announced dates, CBSE and CISCE are expected to announce the same soon.

Announcements so far by Different Boards

The Madhya Pradesh Board of Secondary Education has already announced the dates of MP Board exam 2023. The MPBSE Class 10 and Class 12 exams will begin on February 15, 2023.

The exams, both secondary and higher secondary, will end on March 20, 2023. 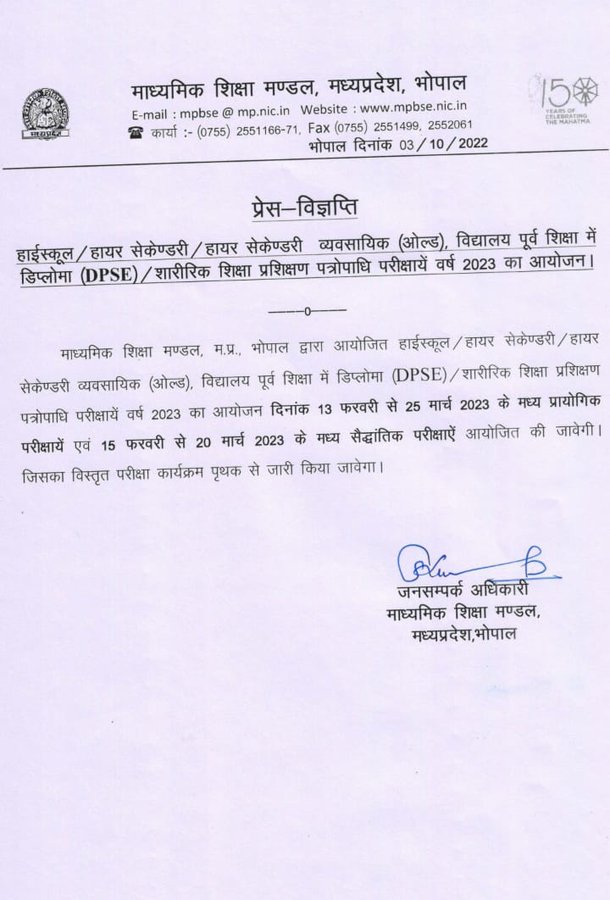 The West Bengal Board of Secondary Education (WBBSE) has also announced the date sheet for WBBSE Class 10 board exam. Candidates can check the date sheet which is available on the official website- wbbse.wb.gov.in.

Check the programme below: 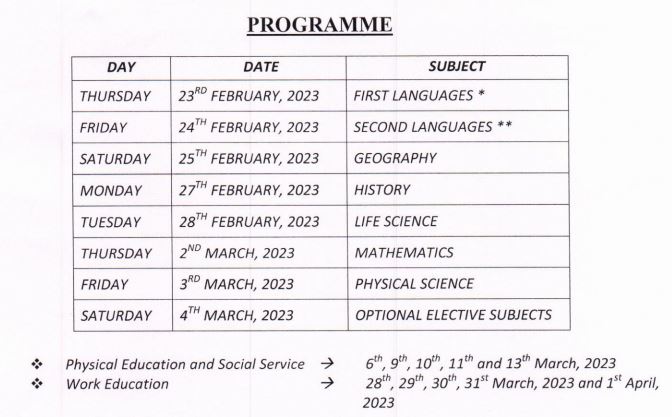 The Haryana Board of School Education recently released the date sheet for Class 10 and Class 12 re-appear examination. And, the exam commenced on September 29 and will end on October 17.

Meanwhile, HBSE Class 10 and 12 Board exam bate Sheet is expected to be released in January 2023. Once announced, students can get it from the official website- bseh.org.in.

Central Board of Secondary Education

The CBSE began the registration process for Class 10 and Class 12 Board exams 2023 on September 17 for private students. As per reports, the examinations will be conducted in the month of February/March/April 2023.

However, the date sheet for the CBSE Class 10 and Class 12 Board exams will only be released in December.

Recently, CBSE's Controller of Exams informed, "There's no chance of announcing the date sheet now. It will come in December and, when it does, students will be able to access it on our website."

The CISCE Board has decided to hold the ICSE and ISC exams 2023 in February/March. And, the date sheet is expected to be announced soon.

Announcing the tentative timeline for the exam, the Board had earlier said that it will conduct only one exam at the end of the academic year 2023 at both ICSE and ISC levels (instead of the earlier semester-wise exams due to Covid pandemic).

NOTE: Candidates should always visit the official websites of their respective boards for any query regarding the Board exams without blindly believing any fake messages, notices, and notifications that are often get circulated on social media.