Data available with the GISAID tracks the transmission line of Delta variant to Odisha. As many as 6 states - Maharashtra, Chhattisgarh, Tamil Nadu, Telangana, Andhra Pradesh and West Bengal - have been the source states

How Delta Made Entry Into Odisha?

While announcing major relaxations today with regard to the unlocking in Odisha, Chief Secretary Suresh Mahapatra also informed that the State will continue the travel restrictions imposed for travellers from and to the neighbouring states of Andhra Pradesh and West Bengal.

However, the restrictions on to and from to the other neighbouring states Chhattisgarh and Jharkhand have been waived from June 17, he announced.

When the Odisha government is of the opinion that neighbours have a role in shooting up the second wave in the State, it's time for a reality check.

As per the data available with the Global Initiative on Sharing All Influenza Data (GISAID), India, Delta variant (B.1.617.2) has been the major variant in the State, contributing nearly 85 per cent of the cases.

However, the big revelation the data made is the delta variant which was first detected in Maharashtra way back in October 2020, has first made entry into Odisha from Maharashtra in and around mid-February - the time when Maharashtra has been witnessing the start of the second wave. 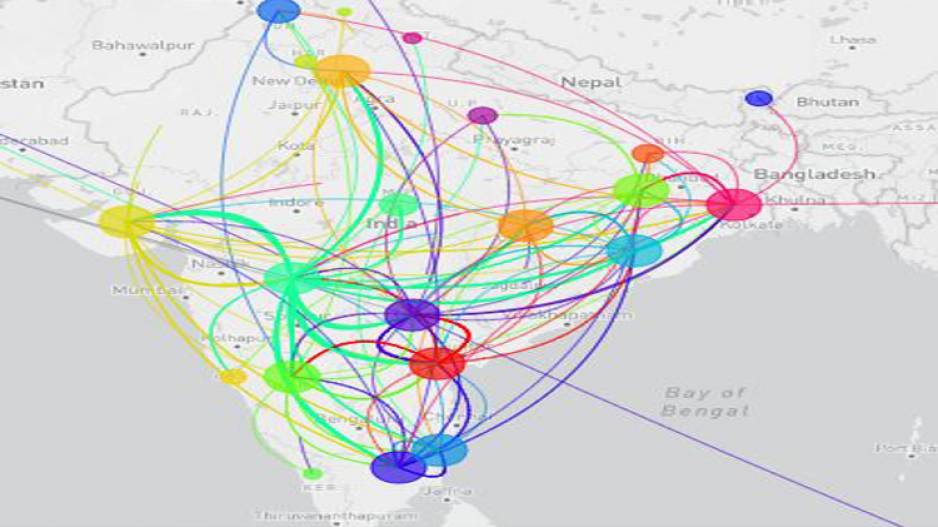 Below are the details regarding the source states of the Delta variant to Odisha.

The transmission of the variant is measured so by the fact that the first delta variant was detected in mid-February in Odisha after the mutant virus had wreaked havoc in Maharashtra, and there were no travel curbs to and from Maharashtra.

Delta+ Variant Not Yet Classified As VOC: Niti Aayog's Paul

The GISAID data very well documented that with Maharashtra going for lockdown by March-end, (the first state to go for lockdown), the transmission line from the state to Odisha gets abruptly cut.

Later, when in mid-April (around April 9-10) Chhattisgarh went for lockdown, the supply line of delta variant get choked. Incidentally, its around the same time Odisha had also put on travel-related restrictions to and from Chhattisgarh.

Since the southern states like Telangana and Tamil Nadu imposed lockdown from around May 9, four days after the Odisha government announced lockdown (May 5) in urban areas, the transmission cycle of the Delta variant continued unabated.

Data clearly shows from mid-May, Odisha didn't see any transmission of the Delta variant from across the states, which clearly emphasised the positive impact of lockdown in breaking the transmission cycle of the lethal virus to the State.

An analysis of the transmission data from GISAID clearly spells the fact that lockdown in Odisha need to have been introduced from the mid of April only - when two states (Maharashtra and Chhattisgarh) had gone for complete lockdown. An earlier lockdown in State could have prevented the large-scale transmission of the mutant variant that propelled the case to over 10k per day in the State in May.