Central Team In Odisha: Is Coronavirus Taking Wings In  State?

Odisha is grouped with 5 COVID intensive states like Kerala, Arunachal Pradesh, Tripura, Manipur and Chhattisgarh. The central team will analyse trigger points in the State like slowing down of the declining active caseload and daily count. Post Delta+. Only Deogarh sticks to 70:30 RTPCR to RAT

Is Coronavirus Taking Wings In State?

Within 24 hours after Odisha pressed the unlock button in as many as 20 districts, the Centre on July 2 announced the rushing of a team of health experts to the State. The Union Health Ministry dispatched health expert teams to only 6 states that have shown a trend of rising in Covid-19 cases.

Significantly, the six states under Central scanner are Kerala, Arunachal Pradesh, Tripura, Manipur, Chhattisgarh and Odisha. While the fact of bothering about Kerala is the State tops the daily positive tally in the country with over 10k cases, the state of worry for Arunachal Pradesh is a massive 76 per cent of its districts record a weekly positive rate in the range of 12-96 per cent.

The tense fact about Manipur is almost half of the State is recording a weekly positive rate (WPR) in the range of 11-22 per cent. The same is the state of affairs in Tripura - where the WPR in 50 per cent of districts remains in the range of 11 - 24 per cent.

Chhattisgarh: The peculiarity observed here is only one (Sukma) of 28 districts in the State have a WPR of 14 per cent. Moreover, the 7 days moving average of new cases have dropped to 347 on the week ending July 4 vis-a-vis 373 on  June 27. The only nagging trend observed is the 7-day moving average of active count in the State seems to veer to the positive side (means the shrink in active caseload has slowed down).

The State has only 3 districts where the WPR (June 28-July 4) is over 10 per cent. The districts are Nuapada, Balasore and Dhenkanal. But the points of concern are:

•    The Big Worry: After the lockdown relaxations, first in 17 and now in 20 districts, the 7-day moving average of daily positive count tells a different tale. 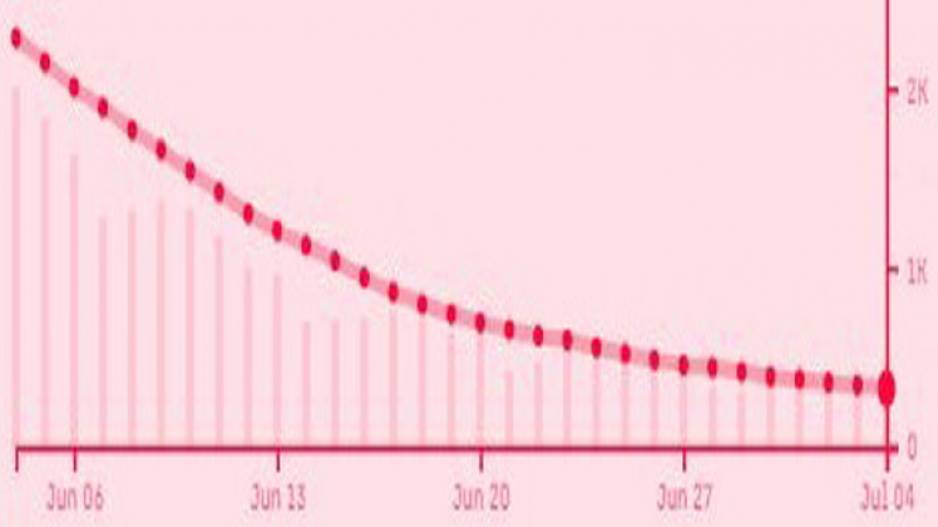 dip in daily cases over a 7-day period slows down

Apart from the indicator, the alerting home-truth is the shrinking of active caseload has slowed down (Take a look at the image below). And if the trend continues then the State may witness a rise in active caseload. 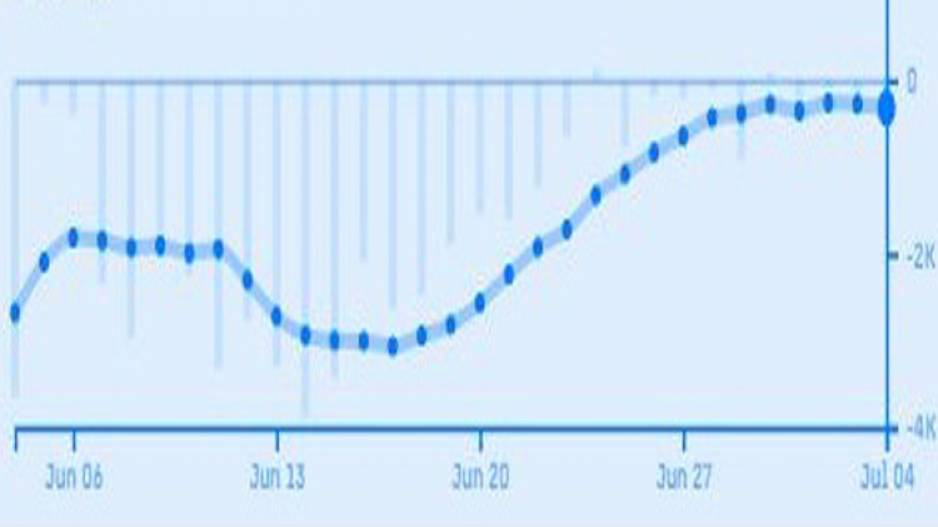 Active caseload slows down
Why Central Team Here?
•    Since the vital indicators in Odisha showing signs of stress, the team will report to Union Health Ministry on adherence to Covid-19 appropriate behaviour in State.
•    In Nuapada, the weekly positive rate hovers at around 27%. Still the RAT to RTPCR ratio 72:28.
•    The ratio of RTPCR to RAT in Bhadrak stood at 82:18
•    Post Delta plus confirmation in Deogarh, the RTPCR and RAT ratio in the district stood at 31:69 (as per central guideline, RTPCR to RAT ratio should be 70:30).