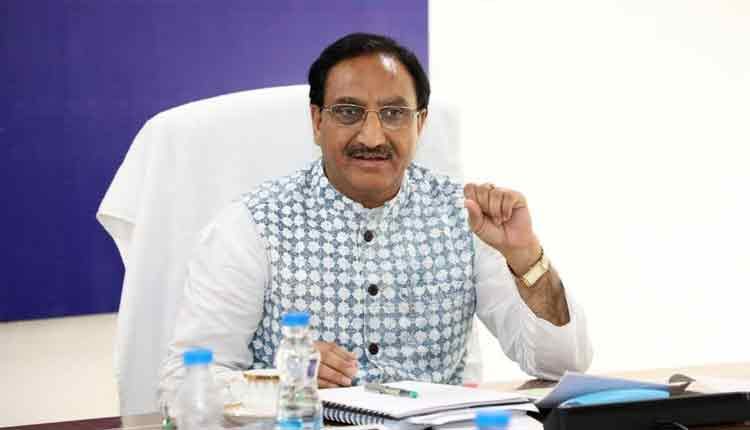 Guwahati: Union Human Resource Department Minister Ramesh Pokhriyal ‘Nishak’ on Sunday warned those who, he claimed, are working to bring down the stature of the esteemed institutes like the Jawaharlal Nehru University or Jamia Milia Islamia.

“Be it JNU, Jamia or other institutions, all of them are very good. I have been saying this from the very beginning, that whosoever will try to bring the dignity of these institutions will not be tolerated at any cost,” he said.

This comment comes against the backdrop of incessant protests across the national capital spearheaded by students of the JNU and Jamia. While the JNU protest started against revised hostel fees, soon it steered off to anti-CAA protest which their Jamia counterparts joined as well.

As many as 14 buses had been either burnt or damaged and 20 private vehicles had been torched in that violence. Also 67 people, including 31 police officers, had been injured and a total of 47 persons, including students, had been detained.

How Unskilled Is ‘Skilled In Odisha’! Only 1/4th Of Trained Youths Have Got Placements In 9 Years