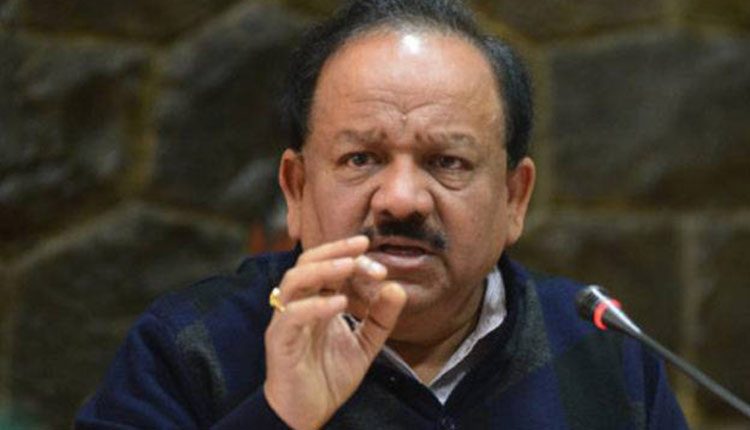 New Delhi: Union Health Minister Harsh Vardhan on Thursday urged the states to increase healthcare spending to a minimum 8 per cent of the budget so as to achieve the targeted public health expenditure of 2.5 per cent of the GDP by 2025.

Inaugurating the 13th Conference of the Central Council of Health and Family Welfare (CCHFW), Vardhan said, “From the first CCHFW meeting to today, we together have achieved several health milestones, especially India being certified Polio-free. This has been possible because of our collaborative efforts. If all health ministers come together for a cause, no task can be impossible.”

Vardhan stated that the purpose of the CCHFW meeting is to build a consensus on the national health priorities like Universal Health Coverage (UHC) through Ayushman Bharat, eliminating tuberculosis and other priority agenda such as strengthening medical infrastructure.

“Health needs to become a social movement in across India and the ‘Eat Right and Fit India’ movements need to be taken up by states and UTs in a synergised manner to ensure a healthy and robust India,” Vardhan said.

Union Health secretary Preeti Sudan said that the Health Ministry is dedicated to the cause of effective, affordable, quality and accessible healthcare.

“Without the political leadership and commitment of the states and UTs, healthcare cannot be effective,” she stated.

She added that the CCHFW is integral to the achievement of the health goals of the country.

At the inaugural session, Vardhan along with the other ministers launched a new initiative Surakshit Matritva Aashwasan (SUMAN)’ for zero preventable maternal and newborn deaths, its website, and the grievance redressal portal.

ECoR Announces Special Train Between Vizag And Allahabad Via Bhubaneswar