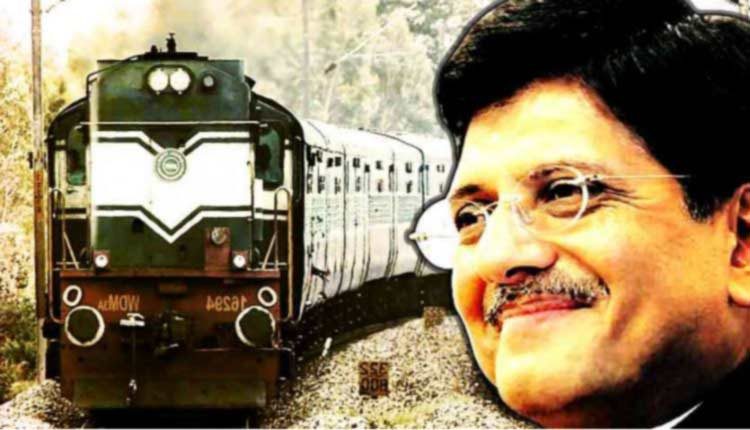 New Delhi: Following the sit-in staged by specially abled railway job aspirants and their supporters near Mandi House here on October 23, the Indian Railways has said that vacancies for ‘Divyangjan’ or specially abled persons will not be filled by any other categories.

In a statement, the railways said it has “a clear commitment to recruit Divyangjan against the posts identified for them as per quota prescribed”.

The specially abled persons had held a sit-in on October 23 to protest against “perceived irregularities” in the filling up of posts reserved for Persons with Benchmark Disabilities (PwBD) in the recent Level-1 recruitment exercise of the Indian Railways.

In 2018, the Indian Railways had issued a centralized recruitment notification for around 63,000 posts on different Railways. This notification also included posts for persons with benchmark disabilities (PwBD).

Subsequently, based on the provisions of the revised PwBD Act that mandated 4 per cent reservation for PwBD categories (including newly introduced Multi Disability category), an additional window was notified for candidates to apply.

Thereafter a clear one percent distribution of vacancies for each of the four PwBD categories for the recruitment exercise was made, increasing the total number of vacancies reserved for PwBD to around 2,500.

The protesters complaint filed before the Court of Chief Commissioner For Persons With Disabilities (Divyangjan) was about this revision in the vacancy percentage, and specific grievances of some specially abled candidates in some Railway zones as regards communication on qualifying marks and calling for Document Verification.

Five written representations in this connection came up for hearing before the Court of Chief Commissioner for Persons with Disabilities (CCPWD) on October 23.

A detailed meeting with representatives of the protesters with senior Railway Board officers was also held in the office of Secretary, Ministry of Social Justice on October 24, to understand the grievances, explain the Railways’ position and actions taken, and assure the protesters that all grievances would be examined, and the genuine grievances addressed in a time-bound manner.

Indian Railways reiterated its commitment to follow all the extant instructions regarding recruitment of persons with benchmark disabilities (PwBD).

The matter was thereafter heard in the Court of CCPWD on October 25.

The qualified PwBD candidates would be appointed as per their merit/turn in their respective Railway zones as per vacancies notified for the different classes of Divyangjan, it said.

Indian Railways has a clear commitment to recruit Divyangjan against the posts identified for them as per quota prescribed, it said.

US House To Vote On Impeachment Inquiry Procedures