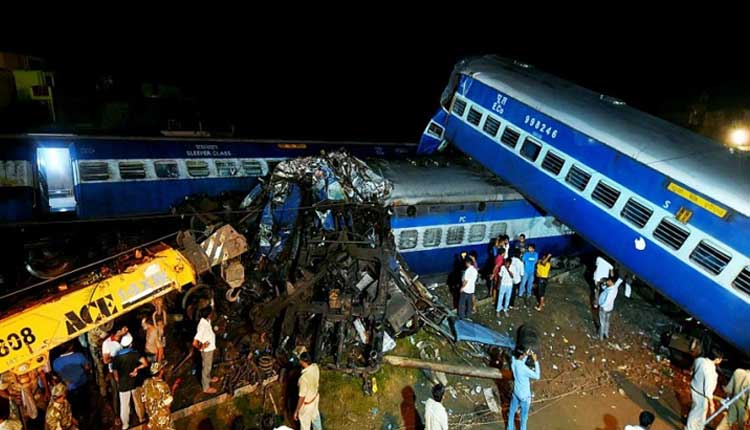 Muzaffarnagar: The Government Railway Police (GRP) has filed a charge sheet against five Railway officials in connection with the Kalinga Utkal Express accident of August 2017 in which 23 people were killed and over 100 injured, officials said on Sunday.

The charge sheet was filed in a court here against the then Senior Section Engineer Inderjit Singh, the then Junior Engineer Pradeep Kumar, the then Station Master Prakash Chand, the then Section Controller P V Taneja and hammer man Jitendra under sections 304A (causing death by negligence), 147, 337, 338, 427 and 279 of the Indian Penal Code, they said.

Sources said departmental action was earlier taken against these officials. Pradeep Kumar was dismissed from service. P V Taneja and Prakash Chand were compulsorily retired, and a warning was issued to Inderjit Singh, they added.

GRP Deputy Superintendent of Police Ramesh Chandra told PTI that an investigation found these officials responsible for the accident.

The Kalinga Utkal Express was on its way from Puri (Odisha) to Haridwar(Uttarakhand) when 14 coaches of the train derailed at Khatauli in the district on August 19, 2017, killing 23 people.

The injured passengers were admitted to various hospitals in Meerut and Muzaffarnagar.

The then Railway Minister Suresh Prabhu had ordered an inquiry and announced Rs 3.5 lakh compensation to the kin of the dead, Rs 50,000 to the grievously injured and Rs 25,000 to those with minor injuries.