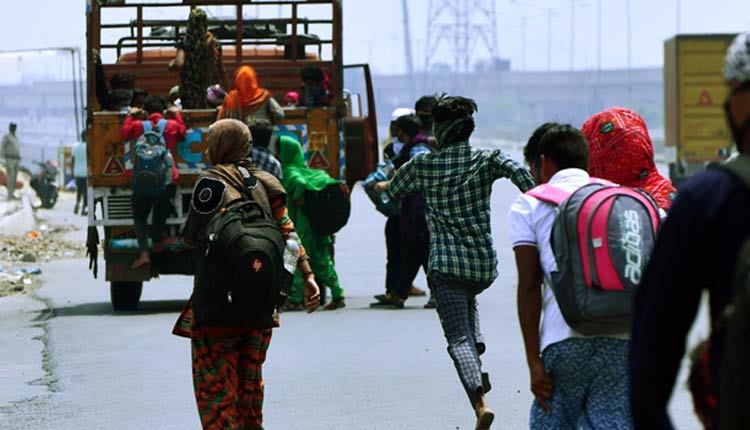 Lucknow/Bhubaneswar: Uttar Pradesh has emerged as the biggest contributor to employment generation in the country. The state has ensured employment to more than 57 lakh unskilled workers who are now engaged in various projects under MGNREGS, State Additional Chief Secretary (Home) Avanish Awasthi said.

With 57.2 lakh people involved in one or the other project, Uttar Pradesh has trumped Rajasthan to reach the first position, by contributing 18 per cent of the total employment in the country under the scheme.

Rajasthan ranks second by providing 17 per cent employment and giving jobs to 53.45 lakh workers. Andhra Pradesh has contributed 12 per cent with 36.58 lakh workers while West Bengal and Madhya Pradesh have employed eight per cent workers.

“Earlier Rajasthan was ahead of us but on Sunday, Uttar Pradesh has occupied the first place. Under directions from Chief Minister Yogi Adityanath, the state has created 8.08 crore man-days. He has asked the state to create another 10 lakh man-days and we are working towards that goal,” said Awasthi.

The creation of man-days has been calculated from April 21, the date from which the government started distribution of job cards under the MGNREGS.

With over 32 lakh migrants and their families having returned to the state during the lockdown, the government is looking forward to generating sufficient employment to retain the workforce in the state.

Other than MGNREGS schemes, other avenues that the government is considering for employment generation include work in MSMEs, construction and industrial sectors.

The Yogi Adityanath government has signed an MoU with various industry bodies for creation of 11 lakh jobs within a year.

“As construction work is set to gain momentum in the state, more opportunities will open up in the sector. Already, 3,083 projects worth Rs 41,750 crore are operational under the PWD in which 41,468 workers are employed,” Awasthi said.

He said another 54 projects were functional under the construction and design services of Jal Nigam where 6,584 people were working.

At least 3,711 workers are employed in 128 projects under the AMRUT Scheme while 9,916 people are working in 444 projects being run by the Housing Board and Development Authority.

On the other hand, Odisha government on Sunday announced that it is targeting to generate 20 crore man-days under MGNREGS to provide a livelihood for the migrant returnees. The State has so far witnessed around lakh 5.5 lakh workers returning from other States during the nationwide lockdown since May 3.

In order to achieve this, the Government on Sunday announced to take up digging of more than 1.3 lakh ponds. However, doubts have been raised over the implementation of the scheme especially during the current monsoon as the digging of ponds is generally not feasible.

It is being said that since scores of such migrants are not likely to return to their working places in other states soon, the situation is likely to put the State government in a quandary amid lack of momentum in most industries and MSMEs due to a prolonged lockdown.