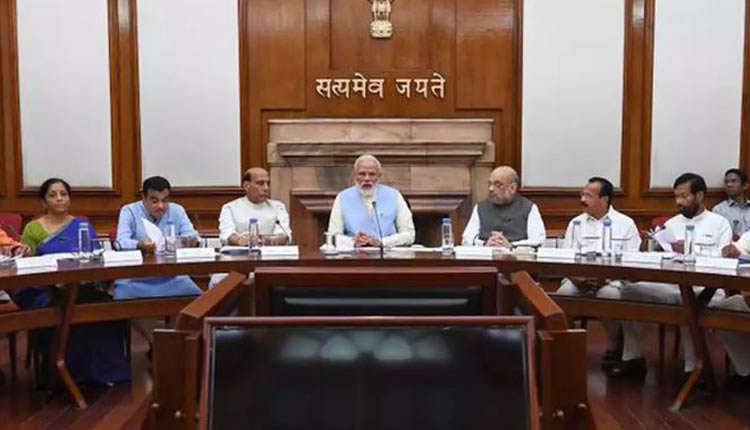 New Delhi: The Union Cabinet, chaired by Prime Minister Narendra Modi has taken a slew of decisions that include opening up Indian space sector, pumping in money to create dairy infrastructure in the country, constructing an international airport at Kushinagar to boost tourism in the Buddhist circuit as well as giving a 6-month extension to the OBC Commission.

Talking about the creation of a new space body, Minister of State for Atomic Energy & Space, Jitendra Singh said, “A new institution has been formed. It will be known as Indian National Space, Promotion & Authorisation Centre. It will guide the private industries in space activities through encouraging policies in a friendly regulatory environment.”

This, the minister claimed, will open up the space sector. However, to a question whether ISRO’s role has been curtailed, he clarified that all these agencies will supplement each other. He also said that this will stop the “brain drain’ from India. Singh said, while ISRO will continue to do what it has been doing, the new body will “fill the gap and fulfil demand.

Meanwhile, in a significant move that concerns the rural economy, the cabinet approved the establishment of the Animal Husbandry Infrastructure Development Fund worth Rs 15,000 crore. The government said that it will provide 3 per cent interest subvention to eligible beneficiaries, under this new endeavour.

While Information and Broadcasting Minister Prakash Javadekar claimed that it will help generate more jobs, Animal Husbandry Minister Giriraj Singh claimed that the new infrastructure will help India create quality cheese which was not possible so far. He said this is just a tranche of the massive financial aid the Prime Minister announced for “Atmanirbhar Bharat’ program, as far his ministry is concerned.

The cabinet also took a decision that may help the tourism sector that has taken a massive hit ever since the pandemic hit India. The cabinet on Wednesday also approved the declaration of Kushinagar Airport in Uttar Pradesh as an International Airport. Javadekar said this will give a boost to the Buddhist circuit and bigger flights like an airbus can land in the longer airstrips.

Meanwhile, the cabinet also decided to extend the tenure of the Commission which was brought in to examine the issue of sub-categorization within Other Backward Classes, by another 6 months. Javadekar added that the terms of reference for the commissioner have also been changed so as to those who could not avail the fruit of reservation due to spelling errors can also be looked into.