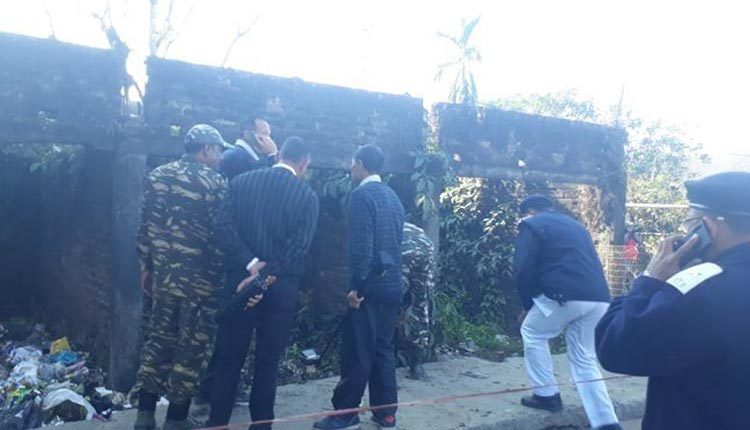 Guwahati: Banned outfit ULFA (Independent) has claimed responsibility for the four powerful explosions in Assam earlier on Sunday prior to Republic Day celebrations in the state.

The ULFA(I), in a statement signed by Lt Joy Asom of its Publicity Department, claimed that all the four blasts were carried out by the outfit.

The Paresh Barua-led ULFA(I), along with a few other militant outfits of the Northeast, had called for a boycott of the Republic Day celebrations in the region.

Three blasts had taken place in Dibrugarh and one in Charaideo districts of Upper Assam in a span of 10 minutes — between 8.15 and 8.25 am on Sunday, a police officer said.

There has been no report of any casualty, as Republic Day being a holiday, people were mostly indoors, he said.

The first blast was reported outside a shop at Teokghat in Sonari police station area of Charaideo district.

Three explosions followed soon after in Dibrugarh district — two at Graham Bazar and AT Road, beside a gurudwara, and another at the oil town of Duliajan Tiniali, just 100 metres from the local police station, Additional Superintendent of Police (ASP) Padmanabh Barua told PTI.

The blasts at Graham Bazar and AT Road were carried out with time-induced Improvised Explosive Devices, he stated.

Taking to Twitter, Assam Chief Minister Sarbananda Sonowal condemned the blasts and vowed to take strong action against the culprits.

“Strongly condemn the bomb blasts in a few places of Assam. This cowardly attempt to create terror on a sacred day only exhibits the frustration of the terror groups after their total rejection by the people. Our Govt will take the sternest action to bring the culprits to book,” he tweeted.