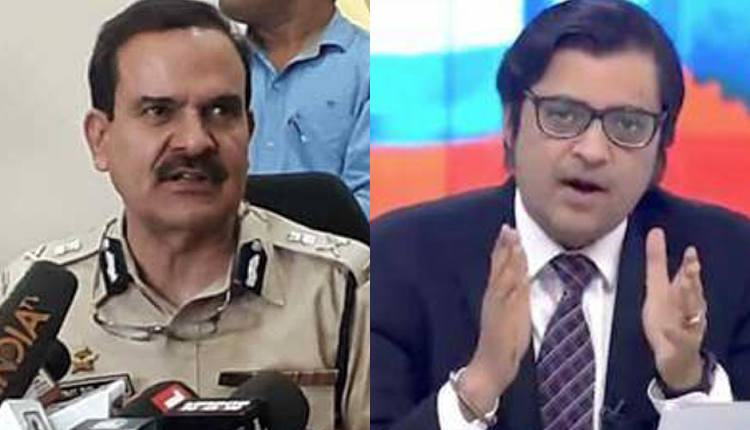 New Delhi: Supreme Court on Thursday, during the hearing of Republic TV plea against the summons issued by the Mumbai Police to the news channel in connection with the alleged Television Rating Point (TRP) scam, said the court is concerned about the Police Commissioners giving interviews.

A bench headed by Justice D.Y. Chandrachud and comprising Justices Indu Malhotra and Indira Banerjee at the outset of the hearing said: “We are concerned about Police Commissioners giving interviews.” The Mumbai Police Commissioner held a press conference in the scam.

The bench asked senior advocate Harish Salve, representing Republic TV, to move the Bombay High Court in the matter. Justice Chandrachud in a lighter vein told Salve, “Your office is in Worli. And, the Flora Fountain is not too far from Worli.” The top court held a very short hearing on the Republic’s TV plea.

The Mumbai Police has opposed the Republic TV demand for a CBI probe, saying the channel can’t decide which agency should probe the matter. The affidavit filed by the Mumbai Police said the investigation into a crime can’t be a matter of free speech and alleged that Arnab Goswami is threatening and intimidating witnesses.

The Republic TV plea in the apex court had challenged the October 9 summons, issued to the CFO of Republic Media Network, in connection with the investigation in an FIR. Earlier, the CFO citing the plea in the top court had urged the Mumbai Police to pause its probe in the role of the network and its employee, as a request has been made before the court for an early hearing into the matter.

The police have named Republic TV, India Today TV, Fakt Marathi and Box Cinema among the accused after its discreet investigation in the past few days.