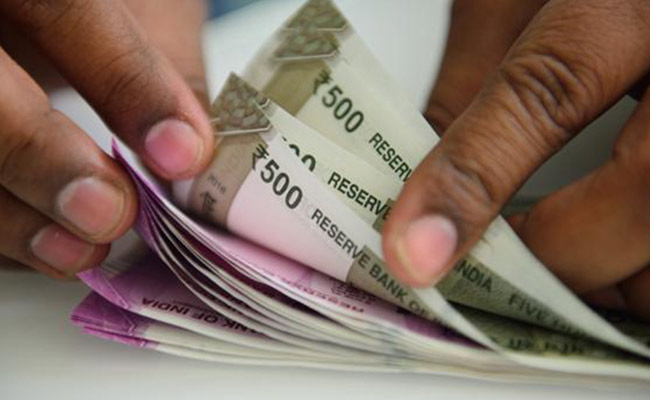 Mumbai/ New Delhi: A group of tax officers has suggested hiking super-rich tax to 40 per cent, imposing a cess and other measures to increase revenues amid the coronavirus pandemic, prompting the tax department to clarify that the proposals do not reflect its official views in any manner.

The Central Board of Direct Taxes (CBDT) has also ordered an inquiry against the officers for going public with the report without permission while sources in the finance ministry said the views of the officers were ill-conceived.

The paper titled ‘FORCE’ which stands for ‘Fiscal Options & Response to COVID-19 Epidemic’, dated April 23, has been sent to CBDT Chairman P C Mody and the board members.

Apart from pandemic cess, the paper has suggested imposing higher tax on foreign companies, re-introduction of inheritance tax and raising the equalisation levy, among others.

It was prepared by 50 tax officers after CBDT sought ideas from field officers on ways to revive the economy and improve revenue collection.

On Sunday, CBDT said an inquiry is being initiated against the 50 IRS officers.

According to the apex body, it had never asked IRS Association or these officers to prepare such a report and no permission was sought by them before making the report public.

It also said the “impugned report” does not reflect the official views of CBDT/ Ministry of Finance in any manner.

CBDT’s statement came soon after the sources said the ministry has directed Mody to seek explanation from the officers for writing such “ill-conceived views” in public without having any authority to do so.

“It was not even part of their duty to prepare such a report. Therefore, it is prima-facie an act of indiscipline and violation of conduct rules which specifically prohibits officers to go to media with their personal views on official matters without taking prior sanction or the permission of the government.

“The concerned officers will have to explain their misconduct,” one of the sources said.

The paper has suggested that tax relief should be restricted to only honest and compliant taxpayers, especially those filing returns on time as there have been many instances of non-filing of returns, hike in non-deductions and TDS withholding apart from rising under-reporting of tax through bogus loss claims.

A ‘give it up campaign’ like that was done for LPG subsidies has also been proposed. As per the suggestion, the tax department can encourage the super-rich and those willing to give up at least one tax subsidy/ tax deduction/ tax concession for a year, it added.

According to the ministry sources, neither IRS Association nor any group of officers mentioned in the said report were ever asked by the government to give any report on the subject.

However, IRS Association on Sunday tweeted, “the paper FORCE by 50 young IRS officers suggesting policy measures had been forwarded by IRSA to CBDT for consideration. It does not purport to represent the official views of the entire IRS, or the I-T Dept”.

Some of the short term measures suggested in the paper include a super-rich tax by raising the highest slab rate to 40 per cent for those with an income above Rs 1 crore from 30 per cent, and re-introduction of wealth tax for those with over Rs 5 crore annual income.

It noted that the surcharge introduced in the Budget 2021 on the super-rich may generate only Rs 2,700 crore and hence the call to up it on the super-rich. Individuals having a taxable income of Rs 1 crore are considered super-rich.

The revenue gain associated with both options should be worked out to see whether the gains attached with the latter option score better in terms of a cost-benefit analysis, says the paper, adding this way government can collect an additional Rs 50,000 crore.

For the medium term, the paper has suggested raising additional revenue from foreign companies operating in the country. This can be done by hiking surcharge from 2 per cent on a Multi-National Company’s (MNC) income ranging Rs 1-10 crore and to levy 5 per cent surcharge on income exceeding Rs 10 crore, it added.

“The surcharge has not been revised (for) long time. So it is time that a flourishing market like India, with its huge prospects, flexes its customer base muscle”.

Further, the paper has called for imposing a COVID-19 cess to help mobilise additional revenues. The one-time cess of 4 per cent can help finance capital investment, it said.

“The proposed cess can mop up an extra revenue of Rs 15,000 18,000 crores. To mitigate the extra hardship on the middle class, the cess may be made applicable only in cases where the taxable income is greater than Rs 10 lakh,” the paper said.

Another suggestion is for the government to identify 5-10 crucial projects/ schemes in terms of investment and those which are likely to have a decisive impact on reviving the economy. Additional revenue generated should be used only to fund these identified projects.

“Such visibility over the direct and immediate utilisation of resources is likely to ensure greater resonance and acceptance amongst those being taxed, and provide greater satisfaction and a direct sense of contribution to this populace,” the paper said.

Even as the paper focuses on revenue generation, it seeks to ensure that measures should not burden the already distressed common man.

And one way to achieve this is to make shopkeepers, fruit vendors, stall-owners and small enterprises to pay income tax as they “make lakhs per month and the income in cash is invisible in any book”.

Among other measures, the paper has proposed that tax incentive be extended for CSR activities during the pandemic by allowing companies to undertake coronavirus-related relief activities and also allow them to claim the expenditure incurred as a business deduction under Section 37 of the Income Tax for FY21.

The paper has also pitched for a new tax saving scheme like COVID savings certificates a la the NSC, wherein individuals and Hindu undivided families can be offered an additional deduction up to Rs 2.5 lakh made in this fund in line with that made under Section 80C.

The amount invested can have a five-year lock-in period and can generate interest income for investors in line with what government pays for various small scale saving instruments, it noted.

To facilitate this, Section 13A and 13B of the I-T Act has to be amended to allow political parties and electoral trusts to invest in the aforementioned fund, as per the paper.

According to the paper, there could also be a new amnesty scheme to collect undisputed demands, as the ongoing Vivaad se Vishwaas Scheme covers only the demands under dispute.

There is a proposal to reintroduce the inheritance tax. It can be noted that such a tax regime existed in the country till 1985 wherein the tax rate varied from 10 to 85 per cent.