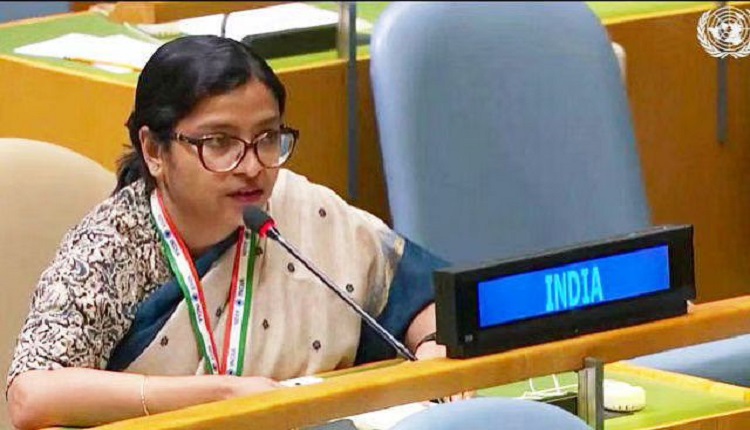 United Nations: The UN’s unfinished agenda item is tackling terrorism emanating from its epicentre in Pakistan, India has said here replying to Pakistan bringing up the Kashmir issue at the international organisation’s 75th Anniversary Commemoration session.

Vidisha Maitra, a First Secretary at India’s UN mission, said on Monday: “If there is an item that is unfinished on the agenda of the UN, it is that of tackling the scourge of terrorism.”

“Pakistan is a country which is globally recognised epicentre of terrorism, which by its own admission harbours and trains terrorists and hails them as martyrs, and consistently persecutes its ethnic and religious minorities,” she said.

Pakistan Foreign Minister Shah Mahmood Qureshi had criticised the UN asserting that the Kashmir issue was among its “most glaring and long-standing failures” and that the organisation was being “derided as a ‘talk shop’.”

“The people of occupied Jammu and Kashmir still await fulfillment of the commitment made to them by the United Nations to grant them their right to self-determination,” he added.

Unlike Qureshi whose speech was pre-recorded, Maitra spoke on the floor of the General Assembly chamber.

Maitra said, “What we heard today is the never-ending fabricated narrative presented by the Pakistani representative about the internal affairs of India. We reject the malicious reference made to the Union Territory of Jammu and Kashmir, which is an integral part of India.”

She said that from “a nation that is bereft of milestones, one can only expect a stonewalled and stymied approach to reason, diplomacy and dialogue.”