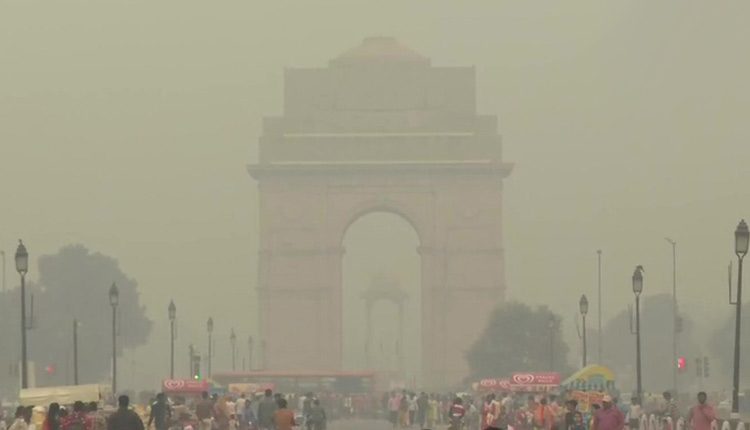 New Delhi: Delhi-NCR continued to battle severe pollution for the third consecutive day on Thursday with thick smog stiffening its choke as several children wrote to Prime Minister Narendra Modi urging him to take measures to ensure clean air for them.

Friday is unlikely to be any better with weather experts predicting a similar situation due to the influence of a western disturbance, the reason behind the dense cloud cover and a dip in wind speed.

However, wind speed is predicted to pick up on Saturday and a gradual decline in pollution is likely thereafter, they say.

The air quality index in the national capital read 463 at 4pm, up from 456 on Wednesday and more than four times the satisfactory levels of 50-100.

Levels of PM 2.5 and PM 10 levels were nearly eight times higher than the normal limits at several locations in the city.

Schools remained closed on Thursday as the thick smog stiffened its choke on the national capital and its suburbs, restricting most of the children indoors on Children’s Day.

Parents, students and school authorities voiced their anguish, wondering what the future holds and whether anything could be done to disperse the pollutants.

Several children wrote to Modi, urging him to take steps to ensure that they get clean air to breathe.

“I used to enjoy soccer earlier but now I can only enjoy it on TV. I cannot play outside because the air is too toxic to breathe in,” Ishan Mahant, a student, said in his missive.

Many students posted copies of their handwritten letters on Twitter with the hashtag “BacchonKeMankiBaat”.

“At this point we need a strong directive from the government of India and the governments of the states affected to control this serious condition. We do have belief in our beloved Prime Minister who will surely take strong decision on this,” said another student.

The Delhi government and the administration in several NCR cities had on Wednesday ordered closure of schools following a directive of the Environment Pollution (Prevention and Control) Authority.

The Central Pollution Control Board and EPCA are likely to review the situation on Friday. The Delhi government is also expected to take a call on extending the odd-even road rationing scheme.

Scattered rainfall is expected over Punjab due to the western disturbance. It is likely to lead to very low fire count over the next two days, it said.

“Also, transport-level wind direction is not favourable for the intrusion. Hence, stubble contribution is estimated to reduce significantly by tomorrow to around 5 per cent,” it said.

The AAP hit out at the Centre for not taking “concrete steps” to tackle the menace despite the apex court’s directions in this regard.

Senior AAP leader Sanjay Singh alleged that the BJP is trying to “politicise” a sensitive issue.

Satyarthi, on the occasion of Children’s Day, was to participate in an event, which was cancelled due to alarming levels of pollution in the national capital.

In a letter the prime minister, he said, “Standing with you, I call upon the Honourable Prime Minister of India, to demonstrate his visionary leadership by amending the Air Act 1981 and come up with a five-year national action plan to ensure clean air.”

He further said that there is a need to “clean up our intentions and actions”.