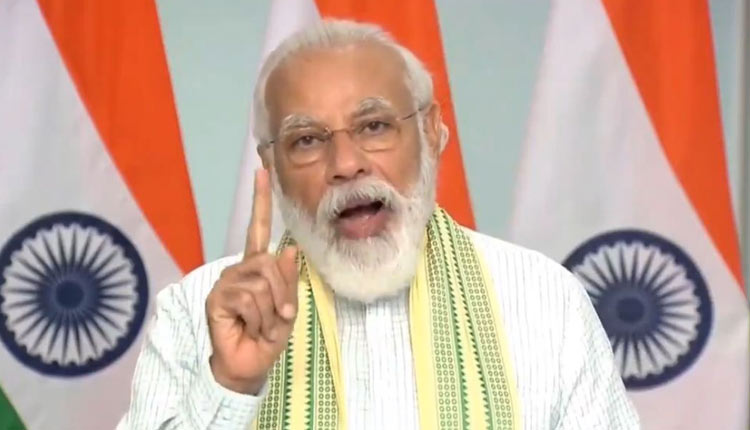 New Delhi: Prime Minister Narendra Modi on Wednesday said the mantra to remain relevant during the coronavirus pandemic in the country is to ‘skill, reskill and upskill’.

“Many ask me that in today’s fast-changing business and market, they do not understand how to remain relevant. In this time of corona, this question has become even more pertinent. I give only one answer: The only mantra to stay relevant is a skill, reskill and upskill,” he said in a video message.

His message came on the occasion of ‘World Youth Skills Day’, which also marks the 5th anniversary of the launch of ‘Skill India Mission’, a pet project of the Prime Minister that was launched to make India’s youths job-ready.

Making a strong pitch for Indians to be more skilled and connecting it to self- reliance, the Prime Minister asserted: “Skill is unique — it makes you different from others. It’s a treasure nobody can take away. It’s self-reliance that not only makes one employable but self-employable.”

Modi said that over 5 crore people have been skilled in the last five years.

Stressing the need for skilling to address the concern on jobs, Modi said: “Millions of skilled people are needed in several sectors in today’s burgeoning businesses, especially in the health sector.”

“This corona crisis has changed the nature of jobs, along with world culture. The ever-changing technology has also created an impact on it.”

However, the Prime Minister cautioned, knowledge is different from skill.

“A lot of people are confused about knowledge and skill. Such people can read or watch how to ride a bicycle in books or videos — this is knowledge. But actually riding a bicycle is a skill. Knowledge may help, but skill is the actual ability to do things,” he explained.

He added that if the gap between knowledge and skill is bridged, entrepreneurship is encouraged, which has been the goal of his government.

Covid Care Homes in Odisha will get 7000 temporary health workers