Sexual harassment at workplace is affront to rights of woman: SC 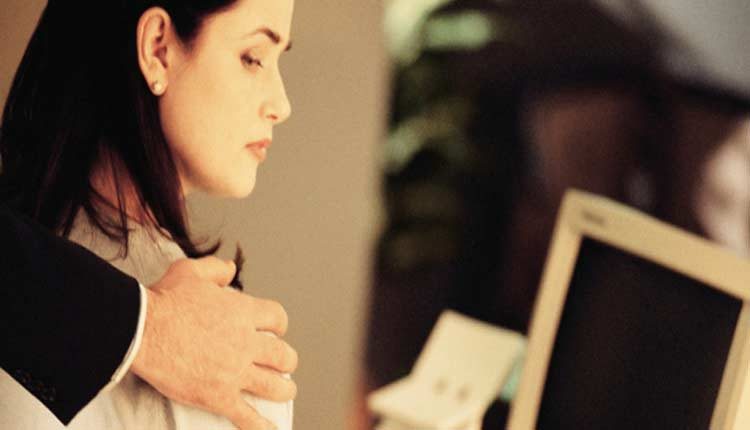 New Delhi: Sexual harassment at the workplace is an “affront” to the fundamental rights of a woman to equality, her right to live with dignity and to practice any profession or carry out any occupation, the Supreme Court has said.

The apex court observed this while upholding the verdict of the Madhya Pradesh High Court which had quashed an order of transfer of a woman bank employee who had levelled allegations of sexual harassment against her senior officer.

A bench of Justices D Y Chandrachud and Ajay Rastogi said the Sexual Harassment of Women at Workplace (Prevention, Prohibition and Redressal) Act, 2013 was enacted to provide protection against sexual harassment of women at the workplace as well as for prevention and redressal of such complaints.

“Sexual harassment at the workplace is an affront to the fundamental rights of a woman to equality under Articles 14 and 15 and her right to live with dignity under Article 21 of the Constitution as well as her right to practice any profession or to carry on any occupation, trade or business,” the bench said in its judgement delivered on February 25.

The bench said the material placed before it indicated that the woman officer, during her posting at Indore branch of the bank, had written repeated communications to authorities drawing their attention to serious irregularities in maintenance of accounts of liquor contractors and had levelled specific allegations of corruption.

“There can be no manner of doubt that the respondent (woman officer) has been victimized. Her reports of irregularities in the branch met with a reprisal. She was transferred out and sent to a branch which was expected to be occupied by a scale-I officer,” the bench said.

“This is symptomatic of a carrot and stick policy adopted to suborn the dignity of a woman who is aggrieved by unfair treatment at her workplace. The law cannot countenance this. The order of transfer was an act of unfair treatment and is vitiated by malafides,” it said.

The top court noted in its judgement that the woman officer had not participated in the proceedings before the Internal Complaints Committee (ICC) of the bank, which dealt with her allegations of sexual harassment, and there was a fundamental defect in the constitution of the ICC.

The counsel appearing for the bank had argued before the apex court that the ICC, upon enquiring into the complaint of sexual harassment, had found that there was no substance in those allegations.

Referring to provisions of the Act, the bench noted that one member of the ICC has to be drawn from amongst a non-governmental organization or association committed to the cause of women or a person familiar with issues relating to sexual harassment.

The apex court said there was justification on the part of the bank not to accede to the woman officer’s request for replacing one of the members of the ICC with a truly independent third party having regard to the provisions of the Act.

The woman was appointed as a probationary officer in the bank in October 1998 and was later promoted to the post of Chief Manager in scale-IV.

In December 2017, she was transferred from Indore branch to Sarsawa in Jabalpur district. She had submitted a representation to the authorities and made a request for being retained at Indore.

She had said that as branch manager at Indore branch, she had reported about lapses, such as the existence of duplicate bank guarantee registers, to her superior officers.

The woman officer had alleged that one of her senior officers used to call her at late hours at home to discuss business which was not of urgent nature.

“In view of the above analysis, we are of the view that the high court cannot be faulted in coming to the conclusion that the transfer of the respondent (woman officer), who was holding the office of chief manager in the scale-IV in Indore branch to the branch at Sarsawa in the district of Jabalpur was required to be interfered with,” the bench said.

The bench directed that the woman officer be re-posted at the Indore branch for a period of one year.

“Upon the expiry of the period of one year, if any administrative exigency arises the competent authority of the bank would be at liberty to take an appropriate decision in regard to her place of posting independently in accordance with law keeping in view the relevant rules and regulations of the bank, in the interest of fair treatment to the officer,” it said.

The top court, while affirming the March 2019 verdict of the high court, disposed off the appeal filed by the bank.