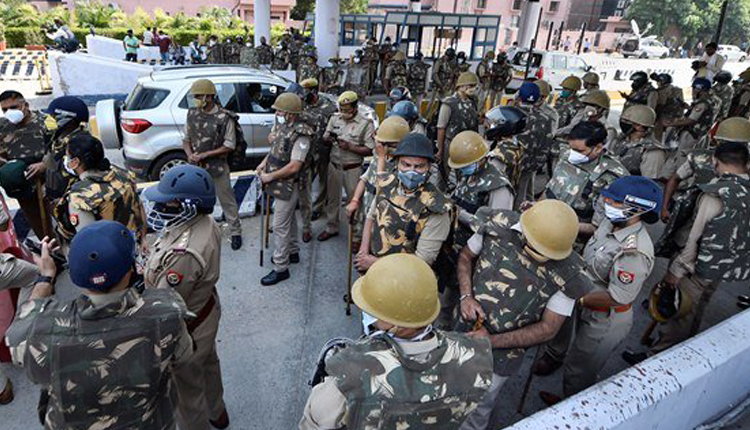 Lucknow: The district administration in Hathras has imposed Section 144 in the area and has banned the entry of all ‘outsiders’ including media persons, in the Boolgarhi village where the 19-year-old Dalit girl was gang-raped and died later.

Various organisations and political parties have made it an issue and their leaders have either visited or are trying to reach the victim’s village.

District Magistrate Praveen Lakshkar said that the Special Investigation Team (SIT) , set up to probe the incident, had reached the village and was interacting with the family and other people to record their statements.

“They do not want any disturbance and hence, all entry of outsiders has been stopped,” he said.

The District Magistrate further said that he had no information of Congress leaders Rahul Gandhi and Priyanka Vadra reaching Hathras to meet the bereaved family.