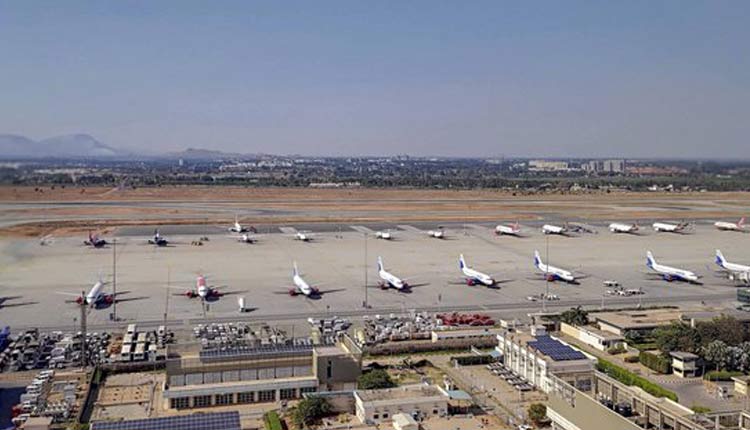 New Delhi: The aviation regulator DGCA said on Friday it is extending the suspension of scheduled international passenger flights in the country till July 15 but added that some international scheduled services on selected routes may be permitted on a case to case basis.

Scheduled international passenger flights were suspended in India on March 23 due to the coronavirus pandemic.

“The competent authority has decided that scheduled international commercial passenger services to or from India shall remain suspended till 2359 hrs IST of July 15, 2020,” said the DGCA circular.

“However, international scheduled flights may be allowed on selected routes by the competent authority on a case to case basis,” said the circular by the Directorate General of Civil Aviation (DGCA). 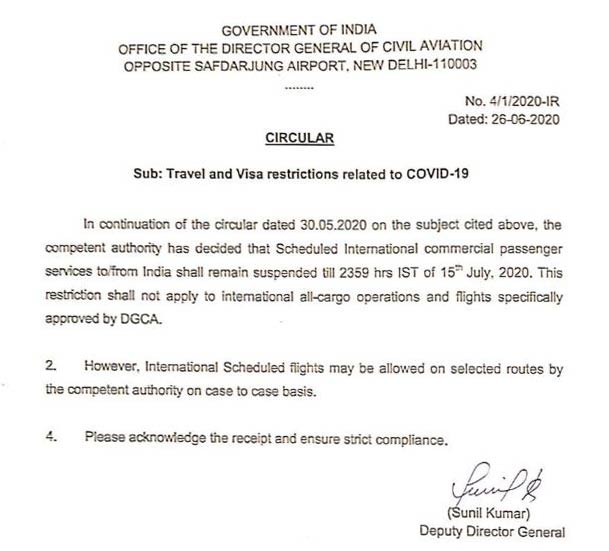 Air India and other private domestic airlines have been operating unscheduled international repatriation flights under the Vande Bharat Mission, which was started on May 6 by the Central government.

Meanwhile, the Centre increased the limited domestic passenger flight operations capacity to 45 per cent from the earlier 33 per cent, today.

The decision comes a month after the Centre allowed re-commencement of limited domestic flight operations of about one-third of capacity.

In an order, the Ministry of Civil Aviation on Friday increased the capacity limit.

The document stated that the partial modification of the earlier order has been undertaken after review of the current status of scheduled domestic operations vis-a-vis passenger demand for air travel.

Earlier in the day, Union Civil Aviation Minister Hardeep Singh Puri tweeted that in one month since recommencement of calibrated domestic civil aviation operations in the country “our skies and airports have been busy”.

Last week, Puri had said that to ease domestic mobility and accelerate passenger traffic growth, the Centre will allow flights to more destinations.

Passenger air services were suspended on March 25 due to the nationwide lockdown to check the spread of Covid-19, although domestic air services has resumed in a phased manner.

Subsequently, domestic flight services resumed from May 25. At present, airlines are only allowed to deploy 33 per cent of their total capacity.