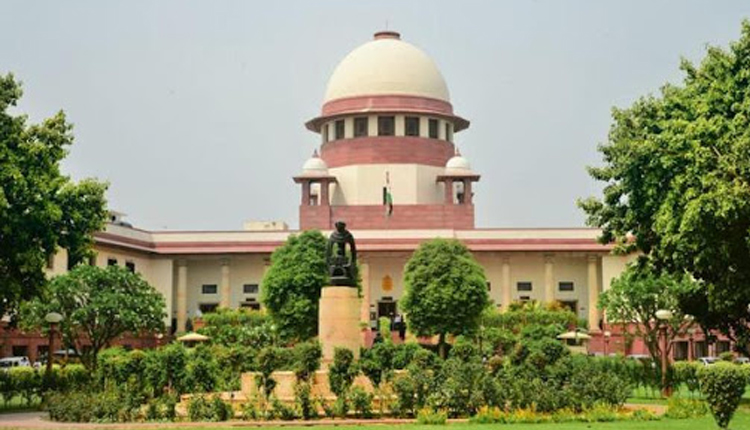 New Delhi: The Supreme Court on Thursday sought response from Centre on a plea seeking direction to the Department of Justice to issue guides/handbooks in plain English and in vernacular — easily understandable by laymen explaining the law and procedure for vindication of rights and redressal of grievances under the law.

The counsel began his arguments saying, “May I please your lordships..” A bench headed by Chief Justice S.A. Bobde said “Speak correct English. You should say ‘may it please’. We don’t want anyone to please us.” The Chief Justice also cited book by Bryan Garner on using plain language and “we have read this book too”.

The plea filed by advocate Subhash Vijayran said the writing of most Lawyers is wordy, unclear, pompous and dull, as they use eight words, instead of two, to say something. “We use arcane phrases to express commonplace ideas. Seeking to be precise, we become redundant. Seeking to be cautious, we become verbose. Our writing is teemed with legal jargon and legalese. And the story goes on”, said the plea.

The plea contended as a consequence of this complexity, the common man neither understands the system nor the laws. “Everything is so much complicated and confusing. The way laws are enacted, practiced and administered in our country violates the fundamental rights of the masses by denying them — Access to Justice”, added the plea.

In many countries, laws mandate that public agencies use plain language to increase access to programs and services, said the plea.

The PIL argues that the legislature should enact precise and unambiguous laws, and in plain language. “A guide in plain English and in vernacular of the laws of general public interest should be issued by the Government – explaining the law and its application – in easy to understand language. Further, all rules, regulations, notifications, communications etc., drafted and issued by all branches of the Government – that are of general public interest – should be in Plain Language,” said the plea.

The petitioner also contended that the standard of pleadings filed in the Supreme Court is mandated to be of the highest quality. “Lawyers need to put in extra efforts to make their pleadings clear, crisp, concise & accurate. A page limit for pleadings and time limit for oral arguments should be imposed. Too much of precious time, energy and resources of both the Court as well as lawyers/ litigants are wasted due to badly written & verbose drafts and ad-nauseam oral arguments,” said the plea.

The plea also sought direction to Bar Council of India to introduce a mandatory subject of “Legal Writing in Plain English” in 3 year and 5 year LL.B. courses in all Law Schools in India.