SC Notice To Centre On Plea For Special Force For Courts 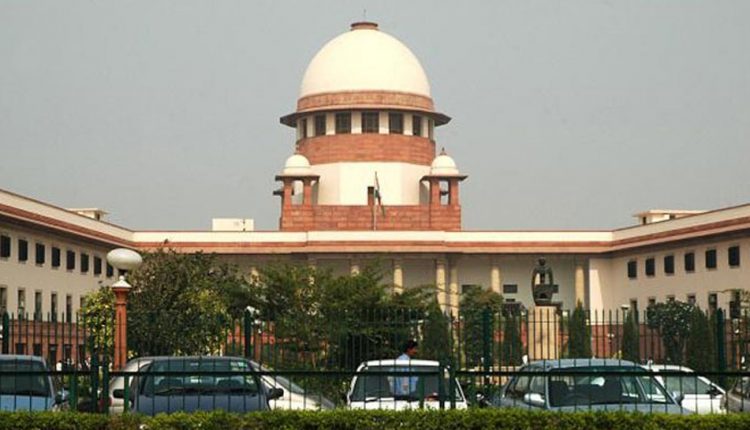 New Delhi: The Supreme Court on Friday asked the Centre and state governments to furnish their responses on a plea seeking a specialised force to give “foolproof security” to all courts, judges, lawyers, litigants and witnesses in the country.

A bench of Justices A.M. Khanwilkar and Dinesh Maheshwari issued notice to Attorney General K.K. Venugopal, the Bar Council of India and the Supreme Court Bar Association on a PIL filed by advocate Durga Dutt who represents his colleague Karunakar Mahalik. The apex court has posted the matter for further hearing on January 27.

The plea said, “There is a crying need to replace the police with a dedicated and special system to provide full-scale security to all the persons related to the courts and tribunals including the litigants and the witnesses so that the problems in regard to safety and security are addressed in a better way in consultation with the specialised agencies.”

The petitioner said the security by mere local police is not sufficient to prevent heinous crimes including murder of Bar Council of UP chairperson, besides violence, firings in court premises and even in courtrooms, which endangered lives on the court premises. The petition contended CISF, a paramilitary force, was providing security to the Madras High Court.

The PIL contended the presence of anti-social elements is extremely harmful to the atmosphere at the court complex. Due to the current inadequate condition of safety in court premises, it has become expedient to improve safety measures in court premises, said the petition.