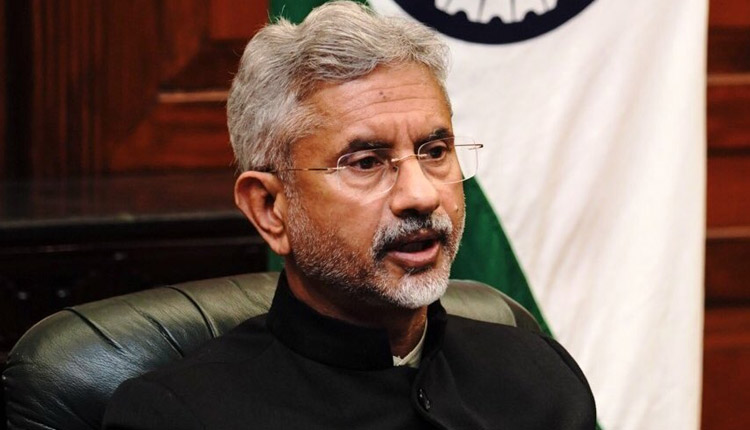 New York: Calling out Pakistan for its support for terrorism and China for providing terrorists cover against sanctions, India’s External Affairs Minister S. Jaishankar has unveiled an eight-point plan against the global scourge.

Before his speech on Tuesday at a Security Council ministerial meeting, Tunisia’s Foreign Minister Othman Jerandi, who presided, issued a consensus statement affirming the obligation of all nations to “to prevent and suppress the financing of terrorism” and the need to strengthen international action against terrorism.

The meeting was convened by Tunisia, which holds the Council’s rotating presidency this month, to commemorate the 20th anniversary of the landmark anti-terrorism resolution adopted following the 9/11 attacks on the US.

The international community must collectively expose and hold accountable those countries that are “clearly guilty of aiding and supporting terrorism, and wilfully provide financial assistance and safe havens” for terrorists, he said speaking through a videolink.

Jaishankar did not name Pakistan or China, but he made the references to the countries contextually clear.

“We, in India, have seen the crime syndicate responsible for the 1993 Mumbai bomb blasts not just given state protection but enjoying 5-star hospitality,” he said in one such reference that pointed to Pakistan hosting Dawood Ibrahim, the crime boss behind the attack that killed 257 people.

In his eight-point plan, he criticised the double standards advocated by Pakistan and some others and said: “Terrorists are terrorists; there are no good and bad ones. Those who propagate this distinction have an agenda. And those who cover up for them are just as culpable.”

Addressed the UN Security Council chaired by Tunisia on global fight against terrorism.

5. Enlist and delist objectively, not on political or religious considerations.

6. Recognise the linkage to organised crime.

All nations must walk the talk.#ZeroToleranceofTerrorism

As for China, he referred to “the practice of placing blocks and holds on listing requests without any rhyme or reasons which, he said, “must end because this only erodes our collective credibility.”

Beijing blocked for a decade the listing of Jaish-e-Mohammed chief Masood Azhar as an international terrorist by a Council sanctions committee. He was behind several terrorist attacks on India.

While calling for depoliticisation of the listing of individuals and groups as terrorists for imposing sanctions, Jaishankar also said, “Proposals in this regard merit due examination before circulation.”

Pakistan with China’s backing floated the names of four Indians, Ajoy Mistry, Gobinda Patnaik, Appaji and Venumadhav Dongara, for inclusion in the al-Qaeda and allied groups sanctions list before the US and other western nations on the Council thwarted the move.

His eight-point plan starts off with a call for an unconditional commitment by all countries to combat terrorism.

Jaishankar suggested that the UN increase cooperation with the Financial Action Task Force (FATF), which should continue to identify and fix weaknesses in anti-money laundering and counter-terror financing mechanisms, he said.

He said that the UN and countries should act against “exclusivist thinking that divides the world and harms our social fabric” that fuel communal hatred and lead to radicalisation.

“The Council should be on guard against new terminologies and misleading priorities that can dilute our focus,” he said.

Earlier, the under-secretary-general of the Counter-Terrorism Office, Vladimir Voronkov, warned: “Terrorists are adapting quickly, keen to exploit cyberspace and new technologies, linkages with organised crime, as well as regulatory, human and technical gaps in national capacities.”

He said that terrorist groups were exploiting the Covid-19 pandemic, which has led to greater polarisation and amplification of hate speech, while development has suffered.

Kerala: Minor Rape Survivor Recounts Being Sexually Abused By 38 Men In Past Few…